She's never been good at saying no -- #ContemporaryRomance #InterracialRomance 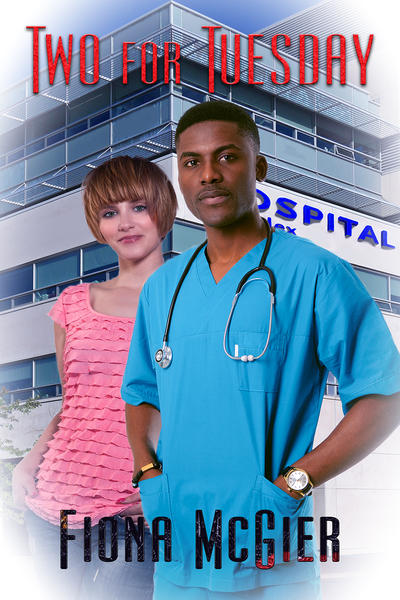 Dr. Marcus Jones is world-famous for inventing a procedure to make cardiac surgery quicker and safer. He has achieved much in the ten years since he graduated from medical school, including accumulating more wealth than he had ever dreamed of growing up in the projects in Chicago. But he has not been as successful in his personal life.  His lawyer-wife is divorcing him – but then he was never really in love with her. He has only felt that way about one woman – the one he dated back in college – the one who got away. But he didn't get to be rich and famous by not pursuing his dreams. And she's never been good at saying No. When he finds her name on the internet he contacts her, determined to see if he can rekindle what they once had together, back when he could only spare one night a week away from his studies, and his world revolved around Tuesdays.

Set-up While in college and at a bar, Marcus performed the Heimlich one night on a very attractive woman. He can only afford a couple of hours off of his pre-med homework every two weeks, and then only one beer. Two weeks later, on a Tuesday night, he's in the bar once again and Melanie, the woman he saved, invites him to come home with her so she can thank him for saving her life.

Sometime between the couch and the bathtub, they used up another condom, before retiring to soak their tired muscles in the steamy hot water while they talked, getting to know each other. Afterward they crawled into bed to cuddle, and then reached for more condoms. Talking, laughing and sharing themselves with each other, they didn't fall asleep until the morning light was already streaming into the apartment.

When her alarm went off at eight am, Melanie hit it off immediately.

Marcus jumped up, apologizing for needing to hurry off to catch the bus back to the dorms, so he could get to his nine am class.

Groggily she watched him dress. When he was ready to leave, she got up to walk, naked and unself-consciously, across the room to kiss him goodbye.

She’s a goddess! The light streaming in the window made her skin appear translucent, like she was glowing. The red in her hair, the green and yellow of her eyes, the freckles that he now knew were all over her body--all seemed to burn themselves into his consciousness. He felt like the luckiest man in the world. And yet he was also the most bereft, as he forced himself to walk out of her door. I may never see you again, honey, but I'll never forget you.

Marcus was deep into his homework a week later. His roommate was already asleep, having pulled two successive all-nighters in order to pass his most recent tests. Marcus was studying with the light shaded, trying to see, but really having to force himself to concentrate. He knew it was Tuesday night, and he also knew that he had no money this week. She probably wouldn't care. She'd either buy me a beer or offer me one back at her place. But I can't go into the bar with no money. And what if I show up at her place and she has a man up there already?

He sighed, trying to concentrate on mitochondrial DNA and the role it played in proving evolutionary theories. Don't think about her breasts with those hard nipples. Don't think about how she smells--how she tastes--or how she looks when she arches her back from an orgasm that I gave her.

He realized that he was hard again, that he was sweating profusely, and that there was someone knocking on his door. Swearing under his breath at his situation, he stalked over to the door and swung it open, expecting to see someone wanting to borrow his calculator. In his current mood, he was ready to be belligerent with the intruder.

"Hi-ya Marcus! I know it's Tuesday night, but not the right one for you, right? Well, I just got a check in the mail from my folks because I told them I needed a couple more books. I downloaded one of them as an ebook and borrowed the other one from a friend. Thus I find myself with a little bit of extra cash. What can I do with this extra money? I asked myself. Then, thinking altruistically of course, I remembered that you're so skinny because the food in the dorms sucks so bad. Yeah, I remember. My acne acts up just thinking about eating here. Yuck! No one wants to live here past freshman year. The fact that you have to just bites the big one. So anyway, I thought of you and your big--you know--appetite."

She smiled at him in a wicked way, licking her lips, letting him know just what she had been thinking about. "So how about you and I take a stroll down to the Pizza Pit and split a pitcher of beer and a pizza? The surest way to know if you're compatible with someone is what kind of shit you like on your pizza, right? I mean, like if you wanted dead fish or anything gross like that, I'd either have to dump your ass immediately, or at least make you bring a toothbrush along, so you could brush before I kiss you again. Which reminds me--" She pasted herself to the front of him, twining one of her legs up and around behind his ass, wrapping her arms around him, and pulled him down for a very long, arousing kiss.

After a few sweaty moments, during which he wondered if his sleeping roommate would notice if he dragged her into his room and nailed her against the wall, just to take the edge off, she pushed him back.

"Phew! Even better than I remembered. Marcus, you da man. I knew you were good enough to drag back to my bed for another round. Let's go eat. Food first--then each other for the rest of the night. Okay?" She smiled as she licked up his neck, rubbing herself against him. "You coming?"

"Honey, you keep rubbing on me like that, and I will be before we even get out of my doorway." 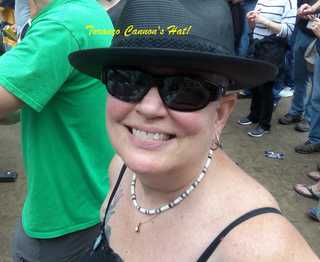 I sub in high schools during the school year. Otherwise I'm writing and blogging about my books--and reading and writing reviews. Not only do I write erotic romance, I love to read it too. I often read while camping with my long-time HEA. Our four adult kids sometimes join us. I also enjoy sewing--mostly masks these days-- crocheting afghans to keep my loved ones warm, and baking--cookies, muffins, and especially pies. I'm known for my never-fail pie crust, so I put the recipe on my website under the pies tab, along with some of my family's favorites, that I featured in one of my books that had a heroine who baked lots of pies.

This sounds great, Fiona! I am looking forward to reading it.

Hey Lisabet, thanks so much for promoting my newest book for me! Melanie is kind of a cheeky young woman. She mellows a little bit as she gets older. But Marcus falls in love with her then, and 10 years later, tracks her down. This book was so much fun to write! I hope it's fun to read also.