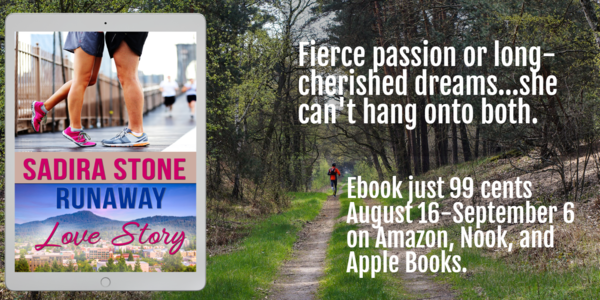 She hates average...he's as average as they come.

High school history teacher Doug Garvey is trying to enjoy his last few weeks of summer vacation, but receiving his final divorce decree hits him harder than expected. After a brief fling fizzles, he fears love just isn't in the cards for him. If only he could find someone who's real, someone interested in something beyond herself…maybe a new running partner who can keep up with his more carnal appetite. When sexy, straight-talking Laurel runs across his path, he dares to hope again.

He's done with social-climbing posers...she's ambitious and has big dreams.

Fired from an art gallery, Laurel Jepsen shelves her pursuit of an art career in San Francisco to help her beloved great aunt Maxie move into assisted living. While out on a morning run, she's harassed by a group of teens until a tall, broad-shouldered hottie steps in, pretending to be her boyfriend with a kiss that makes her wish it were true. But she's only passing through, not looking for a relationship.

Their fierce chemistry burns up the sheets—and the couch, the shower, the forest—but falling in love would ruin everything. Laurel can't stay in Eugene, and he can't leave. Doug's only hope is to convince her the glittery life she's after could blind her to the opportunities already in her path.

Here’s a tease of a snippet:

“I’m sorry she called you the S word.”

She laughed. “Yeah. That’s a curse word, as far as I’m concerned.” She leaned her head on his shoulder.

“I’ll strike it from my vocabulary. Your S word is sparkle.” He traced her jawline with a feather-light touch. “Look at you, Laurel. You’re blinding.” His twilight-blue gaze made her heart dance—a steamy tango with swirls and dangerous dips. He kissed her, and, for a moment, she forgot all about caution, about cutting things off before they became too serious, about San Francisco. Her focus narrowed to his lips on hers, his nearness heating her whole body, opening her like a blossom, soft and willing. Ripe for the plucking.

“God, I’ve missed you.” He scooped her legs across his lap. One hand cradling her nape, the other gripping her thigh, he kissed her senseless. His velvet tongue teased her lips apart. He tasted of sugary coffee. The world around them faded—just two bodies, calling and answering, breathing in sync, their pulses beating the same rhythm.

Get your copy while it’s on sale! 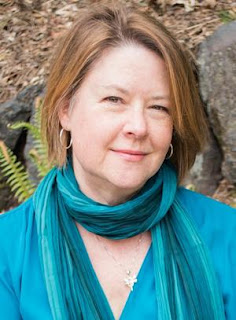 Ever since her first kiss, Sadira’s been spinning steamy tales in her head. After leaving her teaching career in Germany, she finally tried her hand at writing one. Now she’s a happy citizen of Romancelandia, penning contemporary romance and cozy mysteries from her home in Washington State. When not writing, which is seldom, she explores the Pacific Northwest with her charming husband, enjoys the local music scene, belly dances, plays guitar badly, and gobbles all the books. Visit Sadira at www.sadirastone.com.

Thanks so much for helping me get the word out about my sale, Lisabet!