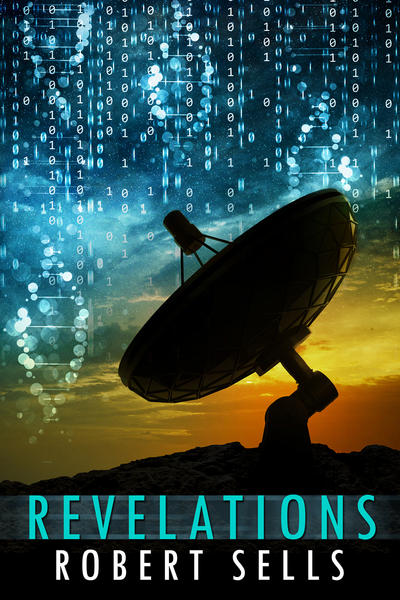 Aster Worthington is whisked away from delivering an astronomy lecture to a secret facility in New Mexico. There she spearheads a select group of scientists investigating First Contact with an alien civilization, in this case a message from an altruistic race called the Lambdons who are offering plans for a reactor giving humanity free energy.  Humans build the reactor and, per the instructions from the message, house it in a massive Dome.

Seven years later strange things have been happening inside the Dome and Aster is sent in to investigate. She finds impossibly high buildings filling the interior and weird life forms inhabiting what should a sterile environment. Then the impossible happens: thousands of Lambdons are found inhabiting the Dome and they are not friendly at all. Now two civilizations are on a collision course and humanity is most definitely going to lose. The last hope of humanity? A two-thousand-year old scroll hidden by the church.

Dozens of the strange locusts had descended on the marine nearest her. Gun dropped, with arms, torso, and legs covered with the little creatures, his hands were frantically brushing off the locust-like creatures, but more and more took their place. Some had purchased holds on his hands, their small heads stubbornly attached like ticks on dog while their bodies bounced up and down with soldier’s panicky movements. More and more landed on his face and he started to run wildly, screaming all the while.

One of her earliest memories from childhood was her grandmother, a farmer’s wife, chopping off a chicken’s head. Headless, the poor bird ran in one direction, then another, somehow keeping its balance. After too many horrible seconds, the poor chicken fell to the ground, twitching. The man’s aimless running reminded her of the chicken running, not knowing it was already dead.

The man screamed again, fell to his knees and ripped his shirt open. The locust must have burrowed through his clothes because they now covered his entire chest. With each locust plucked away, a red wound appeared. She watched in horror as the man fell to his knees first, his arms by his side. Then he collapsed, face first, to the floor.

She pulled her eyes from the soldier only to witness other soldiers swatting at the locust or brushing them off their clothes, all experiencing the same horror. Some held tight to their guns while they tried to wipe the locusts off their uniforms. Others had discarded their weapons and employed both hands in ridding themselves of the vile little creatures. Small bumps of cloth rippled along their shirts and pants, giving the impression the uniforms were alive. There were more and more screams. 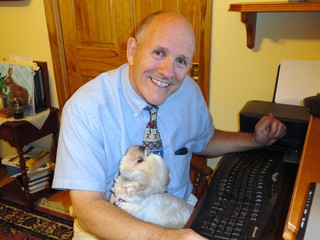 Robert Sells has taught physics for over forty years, but he has been a storyteller for over half a century, entertaining children, grandchildren, and students. He has written the award-winning novel, Return of the White Deer, historical fiction about Penda of Mercia. His second fiction book, Reap the Whirlwind, was a thriller about the dawn of artificial intelligence and the subsequent decline of humanity. His third book, The Runner and the Robbery, was a young adult novel about a teenager and his grandfather who had Alzheimer’s disease. Revelations, a science fiction novel, is his fourth book.

He lives with his wife, Dale, in the idyllic village of Geneseo, New York with two attentive dogs who are uncritical sounding boards for his new stories. He is intrigued by poker and history, in love with Disney and writing, and amused by religion and politics.

Robert Sells will be awarding a $25 Amazon or Barnes and Noble GC to a randomly drawn winner via rafflecopter during the tour.

Great excerpt, thanks for sharing!

Sounds intriguing. I keep hoping that if any aliens make contact while I'm alive, that they're the noble, friendly kind, like Vulcans on Star Trek. Not these kind of weird creatures against whom we have no chance of winning!

What was one of your favorite scenes to write for this book?

Thank you for the excerpt. It sounds interesting.

I don't normally read sci-fi but this sounds interesting! Thanks for sharing the blurb and excerpt.