Lisabet: Hello, Taylor! Welcome to Beyond Romance. Cloaked sounds like a fascinating book. Where did you get the concept for this book? How historically accurate is it? And what sort of research did you do, if any?

Taylor Hobbs: Hello and thank you for having me on your blog, Lisabet! I want to begin by tackling your first question: Where did you get the concept for this book?

I was inspired to write a historical fantasy novel because of an obsession with Diana Gabaldon, author of the Outlander series, and Erika Johansen, author of the Queen of the Tearling series. Both authors write strong female characters in memorable settings with a dash of fantasy. After devouring those series, I wanted more of the genre, so I figured I would write the book I wanted to read!

This story poured out of me, and I wrote 80,000 words in 80 days. I was going through a difficult time in my life, so I needed a sweeping fantasy novel to escape into and a kickass female protagonist to encourage me. The opening line came out of nowhere, and I couldn’t stop thinking about it until I wrote it down. I built the story from there. For those wondering, this is the opening line: ‘Naked as the day she was born, Charlotte felt the earth’s grip tighten around her with an unyielding hold.’ It was a visceral, no-holds-barred way to introduce her. Add in a mentor with a secret identity and a kingdom on the brink of revolution, and the story wrote itself.

How historically accurate is it?

The location and time period for Cloaked are loosely based on medieval Europe. Obviously, Croantis and Algonia are fictional countries, but if I had to compare them to real-life counterparts, the setting for Croantis was inspired by Spain and the setting for Algonia was inspired by France. I included basically everything a reader expects from a historical fantasy romance novel. We're talking horses, knights, castles, kings, taverns, a studly hero with a dark past, and more.

I love the fantasy genre because of the freedom I have as a writer. While building the setting, I am not constrained by actual historical events and can take the characters any direction that makes sense for the book. I can also add the unexpected into a historical story, like an advanced weapon to heighten the stakes!

What sort of research did you do?

Though the setting is fictional, I did do research to add to the authenticity of the experience. The main focus of my research was on fighting styles and medieval weaponry. This is such a huge part of Fawkes' character and Charlotte's development, and I wanted to immerse the reader into what it would have actually been like. I also know nothing about horses, so I consulted one of my beta readers, an accomplished equestrian, for all horse-related behavior. Other than that, I let my creativity flow and got lost in the world-building. It was a blast.

If any readers have additional questions about Cloaked, please comment below and I will respond. Thanks for having me today, Lisabet! 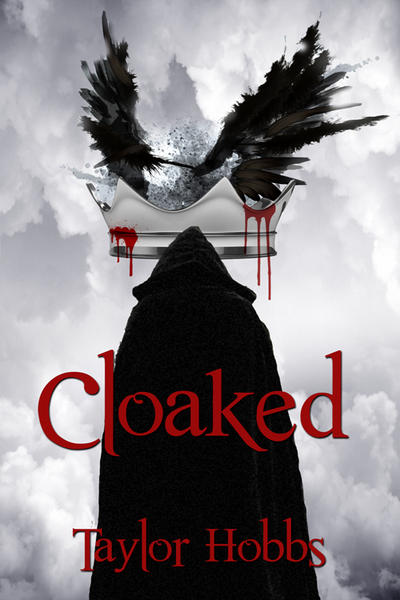 As the Cloaked Shadow, Fawkes has made his career breaking into prisons for any contract with a large enough purse. He takes advantage of the kingdom's impending revolution by playing both sides of the conflict. Each rescue contract he fulfills turns a tidy profit until he angers the wrong duke.

Charlotte is a criminal-in-training who yearns to crack her mentor’s guarded façade, but is unprepared to confront the depths of his dark past. As her sense of right and wrong blurs, Charlotte discovers just how far she will go for the Cloaked Shadow and the sacrifices he requires.

Now hunted throughout the land, Fawkes must face long-buried secrets in order to survive, but they could destroy him. Charlotte risks everything, including her heart, to set Fawkes on the path to redemption.

Will Charlotte have the strength to pull Fawkes into the light, or will she follow him into the shadows?

Fawkes’ attack pressed Charlotte backward, and soon they were outside. As Charlotte’s feet slipped in the mud, she realized she had lost her size advantage. Lightning cracked across the sky, illuminating her surroundings long enough to blind her, and she failed to anticipate the next punch. It landed hard on her right shoulder and spun her around.

Before she could steady herself to counter, her arm was wrenched behind her back. Fawkes had a grip on it with one hand, the other around her throat. She stood flush against him, feeling his harsh breath and pounding heart as it beat against her back. They stood like statues, neither one of them wanting to the first to break the spell.

The roar of thunder made her jump and brought them back to reality. “I’ve gotten better, haven’t I?” Charlotte couldn’t help asking. She’d meant it as a quip, but it came out too hopeful.

She felt Fawkes sigh, tensing his hold on her before dropping his grip. With her back still to him, she waited for his answer. Instead, his hand brushed wet hair back from her face before a finger traveled down and traced her jawline. Charlotte leaned into the touch, but then it was gone. She turned to see only darkness, and then a flash of lightning showed his tall frame heading back to the cave. 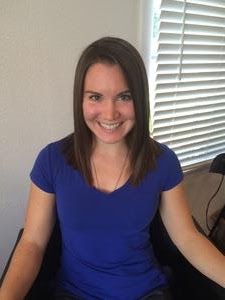 Taylor Hobbs lives aboard a 38 ft sailboat named Story Time with her husband, baby girl, and dog. They are a military family who love to travel, whether it is by sea or air. When she's not writing, Taylor enjoys doing yoga and planning her next adventure. You can keep up with their crazy life at

Cloaked is her debut novel and can be found at

GIVEAWAY!  Taylor Hobbs will be awarding a $25 Amazon or Barnes and Noble GC to a randomly drawn winner via rafflecopter during the tour.

I am enjoying these tours and finding all the terrific books my family is enjoying reading. Thanks for bringing them to us and keep up the good work.

Thank you for having me on your blog today, Lisabet! I'll be around to answer questions about the book.