Hello, Lisabet, and everyone visiting Beyond Romance:) Thank you for stopping in and checking out the fun stuff of ghosts and supernatural…oh, yes, and Kendra Spark.

So, who is Kendra Spark? Besides a mystery-romance author created from my imagination…and her specifically tapping into my subconscious wanting to come out and play as a story-star in a series of books. She sees ghosts and can actually communicate with them, which acts as a curse or as a gifted ability depending on who she’s communicating with and who happens to be around witnessing her bizarre behavior.

The subconscious part in my brain (the one Kendra tapped into) actually remembers seeing a ghost, a few times, when I was between the ages of five and seven. I didn’t recognize the old woman and she scared the crap out of me whenever she reached her arms toward me. Needless to say, my parents got sick of getting woken up by my terrified screaming – and they chalked it up to a nasty nightmare, but I wasn’t asleep and the ghost was real.

That ability of seeing the ghost had shut down, and I later recognized the old woman ghost as my grandmother on my father’s side. She had passed away when I was two years old, and I had never met her. I was much older when I saw a photo of her and wished for the “ghost-seer” ability to come back so that we may communicate.

The ability has come back to me through Kendra Spark: ) Man…I absolutely love writing fiction;)

In the first book of the series, Unorthodox, Kendra’s BFF, Jenna, an FBI Criminal Analysis, gets ghostisized. Their friendship continues and so does Jenna’s ability to analyze criminal behavior. FBI Agent of hotness, Derek Knight, leads the team and utilizes Kendra’s ability to communicate with Jenna and the murdered victims. I didn’t specifically mention romance, but there definitely is tension growing between Kendra and Derek.

So, I’ve shared about Kendra Spark and the ghost reference, but what about the supernatural spin? Oh, my…Supernatural, the show with Dean and Sam (gotta love Dean’s husky masculine voice, yummy!) – I adore that show. I’m a freak about all kinds of paranormal/supernatural entities. To me, that’s fiction at its finest:) I love the spin of worlds under worlds or over worlds with the preternatural. And it plays a pretty good part in the Kendra Spark Series.

There you have it – why ghosts, supernatural, and Kendra Spark? They all have played major roles in my life and subconscious and are now coming out in my fiction. I hope you enjoy the series: )

Kendra sees ghosts, and then her BFF, Jenna, becomes one. The two friends and FBI agent Derek Knight fight to bring justice for the victims of heinous crimes. 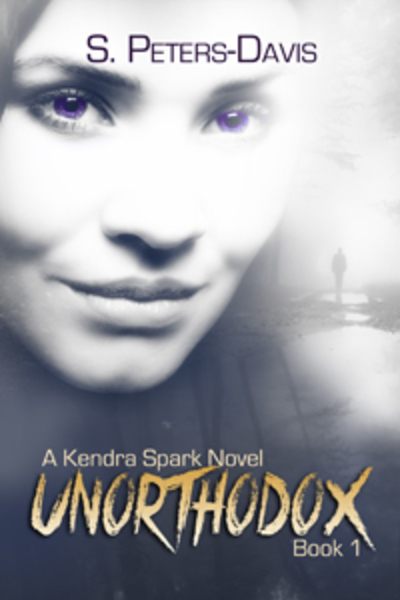 Kendra’s ability of communicating with the dead is requested by her FBI criminal analyst friend to stop a killer from murdering agents.

Kendra Spark, suspense-mystery romance author and communicator with the dead, is requested to hop on the first flight to D.C.
Jenna Powers, FBI criminal analyst and estranged best friend of Kendra, gets ghosticized in a fatal accident before relaying all the details of the FBI killer case.

The investigation into the FBI agent killings continues as Kendra, Jenna – yes, even after death – and Derek work together on the case before Director of the Special Task Force Jackson Powers’ number is up. He’s Jenna’s father and the end-game of the killer’s target list.

Somehow the elusive killer remains undetected, until Kendra’s unique ability produces results and a final possibility at stopping his killing spree before it’s too late. 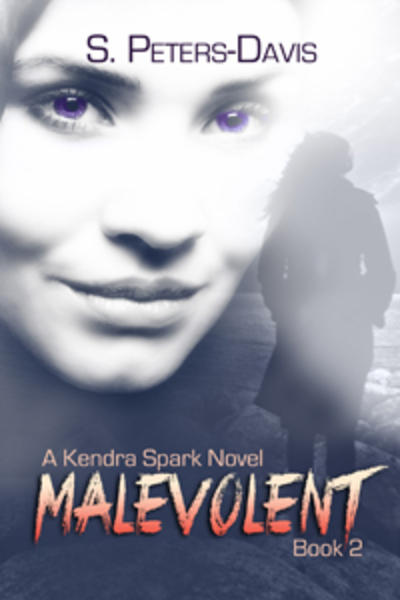 Trafficked girls marked to lose their souls by a malevolent supernatural entity require someone with explicit abilities for their rescue. Will Kendra be able to save them?

Kendra Spark, suspense-mystery writer and communicator with the dead, signs on to the next FBI Special Task Force case, trafficked girls that are marked to lose their souls.

Jenna Powers, ghostified criminal analyst, sticks close to the case as she and Kendra are also marked by the same malevolent supernatural force.

Derek Knight, lead FBI Agent on this case, learns of the malevolent entity and the deeper paranormal realm of danger.

Kendra’s unfiltered feelings for Derek struggle to take a backseat, and as the menacing threat grows more intense, so does her passion for Derek.

Derek faces uncertainties he’s never dealt with in his past, like malicious entities and the loss of his heart to love. How can he protect Kendra against forces he can’t see?

As boundless supernatural danger intertwines with the future reality of the trafficked teens, Kendra and Jenna realize only they can shoulder the rescue by calling in a voodoo priestess… 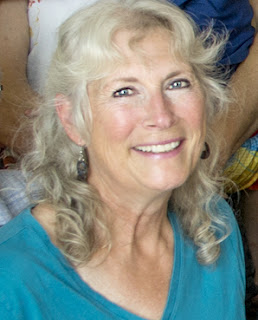 S. Peters-Davis writes multi-genre stories, but loves penning a good page-turning suspense-thriller, especially when it’s a ghost story and a romance. When she’s not writing, editing, or reading, she’s hiking, RV’ing, fishing, playing with grandchildren, or enjoying time with her favorite muse (her husband) in Southwest Michigan.

She also writes YA paranormal, supernatural novels as DK Davis.

One lucky commenter will win a $10 Amazon GC – good luck!! Winner will be announced here and emailed, so please leave an email addy for your chance to win: )

Thanks so much for having me at your place, Lisabet. I've enjoyed spending time with you and your friends:) Love & Hugs, Susan

Hello Susan your Kendra Sparks series sounds very entertaining and an attention grabber... Question for you...have you ever had a supernatural experience yourself or is this just from your imagination & muse &/or research? Thanks for your writing skill & creativity... Sincerely, Michelle B. aka koshkalady purrpurrkoshkamb (at) aol (dot) com

I read about Malevolent on another blog yesterday (don't recall which one) and immediately put it on my Amazon wishlist. It has so many elements I like, paranormal, romance, suspense and a hero with a law enforcement job.

Since Kendra has writing in common with you, when you wrote her lines, did you see yourself in your mind acting them out? Not that she's an autobiographical character...or is she???.

Susan, this is Michelle B. again aka koshkalady...just re-read the blog & realize I had misunderstood what I read about your supernatural experiences. I now realize that you are writing from personal experience I have had a similar experience with my mother when she passed when I was 31 yrs. old but I was so devastated by her passing I asked her to stop contacting me as I couldn't handle it at the time. I wish now that I could speak with her again even through a supernatural experience but do feel her watching over me... Sincerely, Michelle B. aka koshkalady purrpurrkoshkamb (at) aol (dot) com

Thank you for sharing this story with us. I never had a paranormal experience by my neighbor use to tell me her basement was haunted because she witnessed it, 2 of her sisters also saw it as did her cousins on separate occasions. Both books look great.
humhumbum AT yahoo DOT com

Wow, sounds like I shouldn't read these stories late at night (0;

Thanks for sharing and for the giveaway!

Very intriguing. I would love to read more of these.
debby236 at gmail dot com

This story must be filled with excitement. I hope it does well. I too have had supernatural encounters. I hear voices but never saw a ghost per say. Graveyards are best visited in daylight. Never read scarry stories at night. My imagination can't handle spookey stories.

Hello Michelle - thanks so much for stopping in and for your questions and comments. I can empathize with the feeling of asking not to be visited - I know the ability to see can become blocked, be it by fear or grief or a number of other sensitive "emotions/feelings" - I know there are ways to open the channel also, but the research to do it has never been a number one priority for me...because of all the other "life" things going on.
Dreams truly are a good way to visit someone that has passed away;) The thing about dreams, is remembering them when you wake up:) Blessings.

Hello Anne, I did see that you had stopped at Other Worlds of Romance:) To answer your question about seeing myself in Kendra, I did ask myself what would I do, how would I react...and then I used my imagination and brainstormed my/Kendra's actions.
I'm happy to hear you enjoy all of the elements included in the series - it's a growing relationship between Derek and Kendra, so book one, Unorthodox, isn't as full of romance as book 2, Malevolent...and I'm sure book 3, Albatross will even be more:) Thanks so much for stopping and commenting. Blessings.

Hello Himi, Thanks so much for sharing your "haunted house" story - love it! Thank you for your interest in my books also. Best to you always:)

Hello BN100 - thanks so much for stopping and happy to hear you think my books sound interesting:) Blessings to you and Good Luck in the drawing:)

Hello E.L. F. - So glad you stopped in and checked out Malevolent. There are some edge of your seat scenes...but I'm a gal who loves happy endings:) Blessings.

Hello Debby, Glad to hear you're interested in my books...and happy you stopped in to check them out:) Blessings to you and good luck in the drawing.

Hello Lisa Lowe, Thank you for stopping in and checking out my post and my books. Also, thank you for sharing you hear voices...I get voices every now and then myself...mostly saying my name in a way that startles me, and has me wondering what I'm supposed to be doing at that moment. LOL Have a great week - and Blessings to you:)

Drawing time! Yay...and the lucky winner is...drum roll...Debby:) You will be receiving an email from me shortly.
Thank you to everyone that stopped in and commented - hopefully, we'll virtually meet again soon:)Blessings to all.