Against the Nazi war machine -- The Fortress #WWII #historical #resistance Thanks for hosting my tour, Lisabet, and for your question: Why did I choose WWII as the period for the book?

I was born in a small village nestled under the Vercors cliffs, an area that saw a lot of action during WWII. It was where a couple of dreamers envisioned a plan to build an army of resistants that would support Anvil, the Allied landing on the French Mediterranean coast.

I grew up there long after the liberation, on the wrong side of glory. Three of my uncles were condemned to death for collaborating with the Vichy government and betraying C2, a Resistance camp located at Malleval, to the Nazis. Their sentences were later commuted to forced labor, but the national disgrace verdict stood, and they had to leave the area to avoid being murdered. Despite the death threats, my father— who had fought with honor during the war—decided to stay. The legacy, hard to overcome in a community mauled by four years of occupation and violence, is my first personal connection to this story.

Then, there is the Vercors itself. Breathtakingly beautiful, dangerous, a natural playground for all extreme sport lovers. Rock climbing, canyoning, spelunking, skiing, it’s all there. But for me, it’s home. It’s where my ancestors have lived and are buried, under those same cliffs.

It is a battle well-known to Historians and military strategists that got surprisingly little artistic treatment. The Fortress is a dream of freedom, a heroic battle, a military disaster, but also redemptive last stand. Many books have been written on the subject, but no fiction, and in fact, I was frustrated by the dryness of the accounts which I felt did not reflect the human dimension of that battle.

There are also small things, like a Sten machine gun I found in the mud of a summer creek, with this inscription, Pour ma Suzon Cherie, June 12, 1944; or the story of a fifteen-year old boy, a resistant fighter whose name is forgotten, who was tortured and murdered by the Nazis in the summer of 1944.

I wanted to do justice to the conflicting truths of men, women, families, rivals, religions, collaborators, communists, nationalists and simple French patriots during the Nazi occupation of my beloved Alp mountains. The plot is simply a way to let them speak for themselves.

But there in the middle of my noble historical mission, a love story was born, and once it took roots, it drove the narrative. Marc has pledged his life to defend the Vercors, and he is a man of his word. It is with genuine distress that he discovers his growing attraction to Alix, and he fights it. The tension that builds between them, driven by irrepressible feelings and conflict, is shaped by the violence that unfolds around them, rather than superficial sexual drama. That love story made the writing almost hypnotic for me. 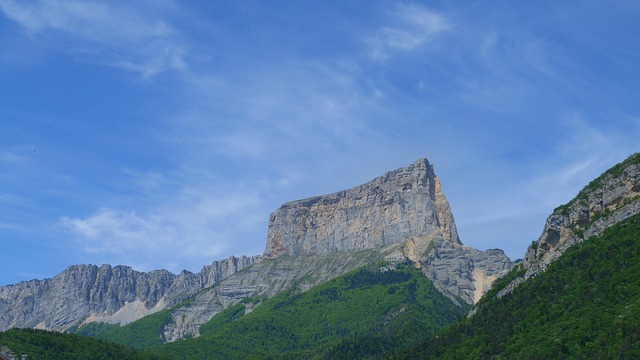 Six weeks before D-Day, a thousand kilometers from the beaches of Normandy.

There are no generals in the French Vercors, just a handful of men and women against the Nazi war machine. They come from Bretagne, Paris, and Slovenia, and the villages up on the cliff. They are the Fortress.

The war has not made much of difference in Alix’s life. Her father has seen to it that she grows up unaware, unworried, but safe in her tiny village under the cliffs of the Vercors. All around her he has built a fortress whose walls are impregnable—until the 27th of April, 1944. That day he makes a stupid mistake up on the cliff, and the walls of the Fortress start crashing down. Reality breaks into Alix’s life with unrelenting violence, unforeseen possibilities. From now on, every decision she makes will mean life or death.

“Honey, if anybody’s looking for it up here, it means you’re already dead. So it won’t matter to you. Listen now. People will call you on the other phone, the one downstairs, and give you coded messages. As a rule it will be about movements in our direction, Germans, Militia, or even new recruits for our camps. Remember, the security of Mortval depends on you. Here is a list of codes. You must memorize all of them and get rid of the list.”

She started to read. “The strawberries are in their juice. Your walnuts were wormy. You can’t put rabbit in the cassoulet.” She looked up. “Are they all about food?”

“Yvette préfère… Oh. I understand now. Did you come up with that one?”

“I thought it would be memorable.”

“It’s lovely. I bet the British are impressed.” 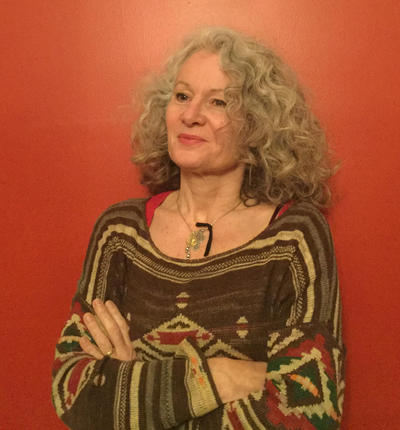 Madeleine Romeyer Dherbey was born in the French Alps, moved to the United States twenty-five years later, and currently lives in the mountains of Virginia with her husband, two daughters, and Mikko.

Enter at each stop to increase your chances of winning!

Congratulations on your new release and good luck on the tour!

Having a family who loves to read I always appreciate hearing about another great book. Thank you for the book description and giveaway as well.

Welcome to Beyond Romance, Madeleine. Thanks for being my guest. I hope your tour is a huge success.

Looking forward to reading this one!

Sounds like a great book! Best wishes on your tour.
How do you get inspired to write?