Is the answer in the stars? Tail of the Dragon by @askzodia - #mystery #giveaway #astrology 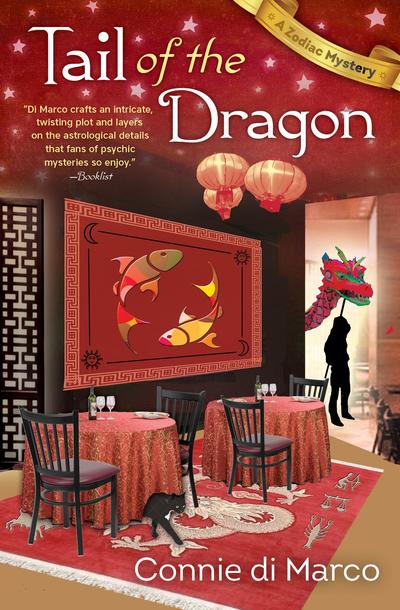 San Francisco astrologer Julia Bonatti never thought murder would be part of her practice, but now, Julia’s former boss and current client has asked for help. He has serious problems at his law firm. Three people have received death threats and the only common denominator between them is a case long settled -- the infamous Bank of San Francisco fire. Julia’s convinced a woman is behind the threats, perhaps even the widow of the man who died in that same fire, but no one wants to believe that astrology could provide a clue. Before Julia can help her client, two lawyers are dead and her own life is threatened. Can she unmask the killer before he (or she) takes another life?

I followed the curve from Sutro Heights down to the Great Highway. Here, the road runs parallel to Ocean Beach. Sheets of sand had blown across the highway and formed dunes every so often high enough to block the ocean view. Waves crashed against the concrete abutment sending salt water spray across my windshield. I turned east on Ulloa away from the roiling Pacific and spotted Sarah Larkin’s address on the opposite side of the street. The wind off the ocean picked up, blowing east. Particles of dust and beach sand hit my face as I climbed out of the car. Keeping my head down for protection, I hurried across the street.

I climbed the long stairway to the front doors where a sign indicated 3102-3104. At least here, in the shelter of the entryway, there was respite from the wind. I pressed the buzzer to the door on the right. After a moment, a woman called out. “Who is it?”

The door was quickly yanked open by a woman in her late forties. Her face was round and slightly puffy. She wore no makeup and was dressed in a nondescript brown jumper over a black sweatshirt. Her long hair, streaked with gray, was combed back behind her ears.
She peered at me. “For God’s sake. What now? I told him I didn’t want anything from him or his damn law firm.” Her eyes were thin puffy slits.

“I . . . I’d just like to talk to you about your brother. I was hoping maybe you could help us in finding his murderer.”

“His murderer . . . I’d give his murderer a prize if I knew who he was,” she sneered. She looked me up and down and finally decided she’d talk to me even if it was only because I offered a sounding board for her bitterness. “Come on in,” she said resignedly.

“I gather you and your brother weren’t close, but I am sorry for your loss.”

“Don’t be. Wasn’t a loss. Believe me. I haven’t talked to Jack for years. Since my son died.”

“Oh, I’m so sorry. I didn’t know.” A familiar pain flickered in my chest. My loss seemed small in comparison.

“Nicky was sixteen when he died. He had a drug problem. He got mixed up with the wrong kids and they were into some heavy stuff. I was sure if he had one more chance . . . a good chance, he might make it.” Her voice trailed off. “I begged Jack for the money. I never asked him for a thing in my life. Never. But I begged for that.”

“Said he didn’t see why he should pay for rehab or counseling. The other places hadn’t done Nick any good, so what difference did it make?” She looked at me, her eyes betraying a deep well of pain. “Jack never really loved anyone in his life. How could he possibly understand what it’s like to love a child? I didn’t have anyone else to ask. My husband was killed in a car accident when Nick was seven. Our parents are dead, and Jack had plenty of money. Big, successful lawyer . . . but he didn’t give a damn about me or Nick. Yeah, I hated him. I still hate his guts. I don’t care if he’s dead, I only wish he had suffered more.” 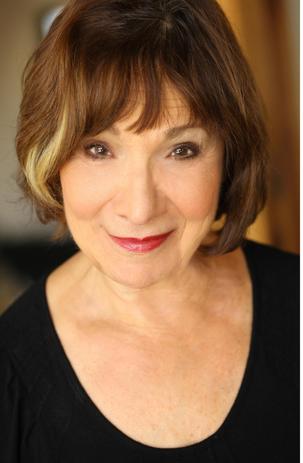 Connie di Marco is the author of the Zodiac Mysteries from Midnight Ink featuring San Francisco astrologer Julia Bonatti. The Tail of the Dragon, third in the series, was released on August 8, 2018. You can visit her at conniedimarco.com, at Facebook.com/Connie di MarcoAuthor or Twitter @askzodia.

Writing as Connie Archer, she is also the author of the national bestselling Soup Lover’s Mysteries from Berkley Prime Crime. You can find her excerpts and recipes in The Cozy Cookbook and The Mystery Writers of America Cookbook. Connie is a member of MWA, Sisters in Crime and International Thriller Writers.

Buy Links for Tail of the Dragon

Connie di Marco will be awarding a $20 Amazon/BN GC to a randomly drawn winner via rafflecopter during the tour.

I loved the excerpt and think this will be a very good book.

Thanks, Lisabet! And thanks for hosting me today. I’m traveling today and believe it or not, I’m actually at the Great Highway where Julia’s excerpt takes place! How’s that for synchronicity?

If you could meet any literary character, who would it be? Bernie Wallace BWallace1980(at)hotmail(d0t)com