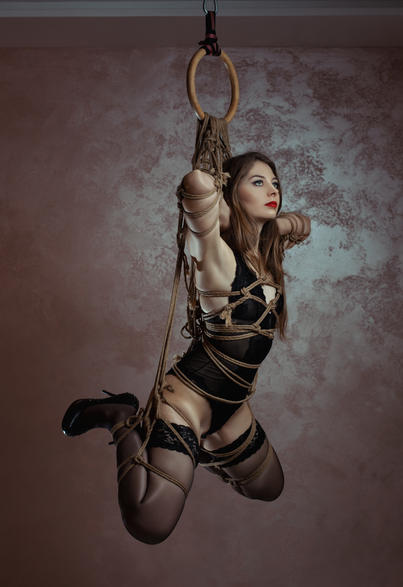 About a year or so ago, I decided I wanted to be someone else. Day to day life was smothering me, I’d fallen into a funk with the books I normally write, and I needed something fresh and different. So I started writing really steamy books under a pen name. I named her Holly Ryan after the street I grew up on (Holly) and the name my parents would’ve given me if I’d turned out to be a boy (Ryan). I even gave her a whole backstory because I can’t help creating stories for everyone, even people I see at the grocery store.

Holly lives in the middle of Kansas City, for now, where she bases a lot of her sexy stories. She lives near the top of an apartment high-rise with her goldfish, Muddy. She’s single and prefers it that way, and all she does is write on her laptop, drink red wine, and have sexual adventures with a long line of worshiping men.

We have some things in common, Holly and I, but she’s much better at suspending belief than I am. For example, if vampires are dead and therefore don’t have blood flow, how do they get erections?

“Shh,” Holly tells me from her high-rise in Kansas City. “It just works. No one needs to know why.”

And dragon shifters… How is it that when they shift into men again, they’re fully clothed or conveniently buck naked as the situation warrants? Where do they keep their clothes as a dragon?

Okay, but is it realistic for a man in his thirties who just orgasmed to be ready to go again so soon? What about…recovery?

“It’s realistic enough.” Holly studies me over the rim of her wineglass as she takes an extra-long drink. I often have that effect on people."

“Oh, you just reminded me…” The city lights outside her window twinkle over her glass as she juggles it to her other hand. She opens her Story Ideas document on her laptop and adds tentacle robot sex book to her list. “That needs to happen.”

I suppose it does, but I have no idea how I reminded her of a tentacle robot sex book.

If Holly has taught me one thing, it’s to lighten up, have fun, and to explore details about myself I’d never realized before. I would absolutely read (and write) a tentacle robot sex book, no question. Since “meeting” Holly, I feel more liberated and can look at life through a different pair of eyes, see new details I may not have otherwise noticed, and write all the vampire/dragon shifter/tentacle robot sex books I want. It’s refreshing. 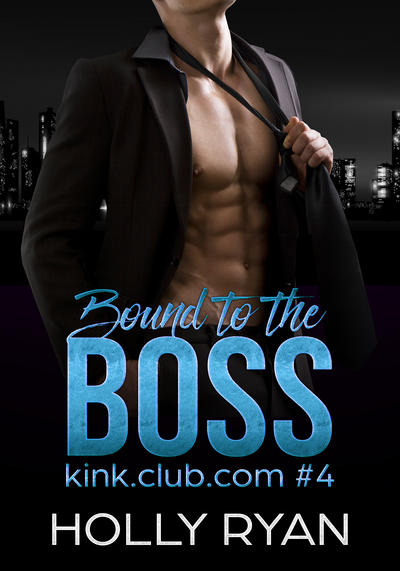 Blurb for Bound to the Boss:

When Addison Blevins lands a job at kink.club.com, she never expected to be working for the man she used to be in love with.

But even this company has a hands-off policy. What will it take to bring these two together?

Bound to the Boss is a kinky 11,000 word short story. All kink.club.com are standalones and can be read in any order.

He dragged the tip of the rope across my right nipple, tightening it into an aching bud, then coiled the rope behind my back. When he’d wrapped it around me once, he drew my hard nipple into his mouth and sucked and licked until I threw my head back and moaned. While he lavished attention on it, his hands worked the rope around me a second time, this band underneath my breasts. He pulled away, his lips swollen and wet, his eyes hungry, and continued to bind me. Slow and methodical, he paused several times to kiss me and to stroke my body with both his hands and the rope. Soon, intricate designs decorated my body, held in place with knots as well as my curves. He handled the rope like a real artist.

He stopped and looked at me, his lips twitching. “It’s not like cross-stitching. Arms behind your back.”

I complied, my breasts sticking out even farther between the ropes in this position. The ropes fit snugly, not enough to stop my circulation or breathing but tight enough so I couldn’t move easily.

Once he’d bound my wrists, he said, “Raise up higher on your knees.”

The ropes creaked as I tried, and I didn’t get very far. He snaked the end of the last length of rope up my thighs, slowly, his other arm wrapped around my waist to help support my weight. He stroked the rope along my pussy lips, and I cried out. The bumpy but smooth feel of the rope rubbed me just right. My hips bucked and I moaned for more. His hand parted my thighs a little more, enough to maneuver the end of the rope up inside me. I tried to push down my hips, but he held my waist tight so he could control the movement. I whimpered. I’d never been so desperate to fuck the end of a rope in my life.

Holly Ryan is a pen name for a USA Today bestselling author who one day said, “Screw it. I’m gonna write books with some serious sizzle.” She’s fueled by wine, which is where the idea probably came from.

You can sign up for her newsletter for epic sneak peaks and contests here: https://www.subscribepage.com/u6r1u1

Or you can check out her website here: www.hollyryanwrites.com

Thanks for reading! Leave me a comment with your email to let me know your opinion of Holly and her stories. I’ll give away a $5 bookstore gift certificate to one of you!

I agree, wine is a great enabler of creativity!

Thanks for being my guest, and for the great giveaway.

What a great post! It would be so much fun to create yourself as someone new. I shall be looking for your books. debby236 at gmail dot com

Oh to be able to be many different people according to how I feel at any given time with no accountability to the others. It would be liberating. Bound to the Boss sounds great. A definate on my TBR pile.
orelukjp0 at gmail dot com

I reimagined/reinvented myself several years ago after my ex (husband is 27+ years) left me for another woman. It's very freeing and I'm happier than I've ever been. And I did it without wine, lol!

I think becoming an author with the writing u become someone else and the goal should be to write what u enjoy and obviously in hopes we the readers will buy ur books. This excerpt gave us a great insight into who u have become. Hats off to u.mhustvet at hotmail dot com

The picture reminds me of a news snippet I read recently. Seems that police officers in the German town of Neustadt were called April 25, to an apartment building after reports of screaming led neighbors to think domestic violence was occurring, according to the Daily Mail. Instead, police found a couple receiving instruction in the Japanese art of Shibari from the apartment's tenant. They told the police that Shibari means "the beauty of tight binding." The police further reported the couple appeared to be "well and in a good mood." They even asked if the officers wanted to join in, but they had to decline due to being on duty!

Guess you have to learn to do it somewhere, from someone. And despite all of the books written about secret sex clubs where this kind of thing is normal, most of us would have no idea how to find one, or how to get in if we did! obviously that couple lucked out in locating someone willing and able to teach them what they wanted to learn.