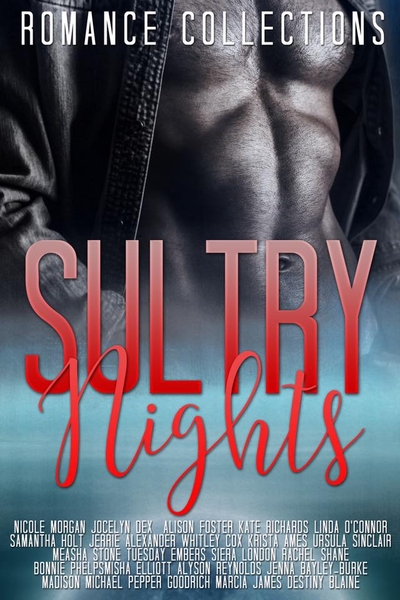 The authors are giving away lots of goodies with this tour. Please use the Rafflecopter below to enter. Don't forget you may increase your chances of winning by visiting the other tour stops. You may find those locations here.

Love, passion, romance and desire… No matter what your preference, this set of 22 hot and sexy reads has just what you need. From surprise love affairs to bad boys that we can’t help but fall for, and couples that were meant to be, this compilation from Romance Collections is sure to please your every single need. 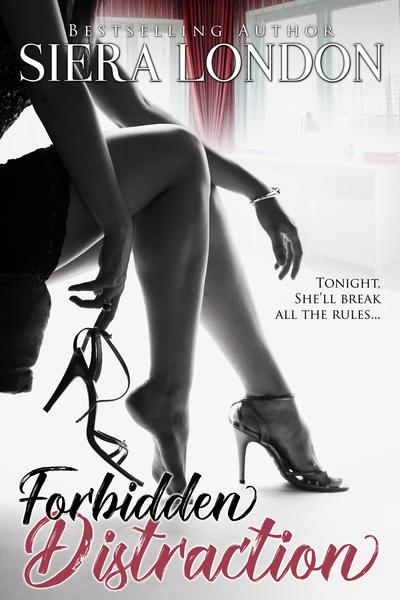 Sex therapist, Dr. Vivianne Sloan is the consummate professional. Adhering to the highest ethical standards and doling out her vast clinical expertise, her clients are seeing a heat wave in the bedroom while Vivianne has to get hers from the Florida sun. Looking for some sexual healing, the one man she fantasizes about, a fellow colleague and her boss is strictly off-limits.

Obstetrician-Gynecologist Jared Pierce has a flourishing medical practice. Outside of caring for his mother, there’s nothing he spends more time on, except thinking about Vivianne Sloan. She’s a distraction he can’t live with or without. He wants to teach her everything he knows about the art of lovemaking, but the woman plays by the rules.

When Vivianne decides to serve as a sexual surrogate, Jared is driven to give the shy beauty a dose of passion so potent she becomes addicted after one night in his arms. What happens when these two forbidden lovers decide to break the rules?

Jared balled his free hand into a fist, the other held firm at Vivianne's lower back, guiding her where he wanted her to go. Her sable brown, almond shaped eyes met his. As she walked, her full curves were a fluid poetry beneath her suit, her inky black locks swayed against her shoulders. She was beautiful. So much so, that Jared found it hard to breathe when she entered the room. Every male doctor on the staff was drawn to her innocence. When she provided her monthly lectures on the psychology of human intimacy, she was so academic, that Jared nearly groaned with the need to teach her everything she talked about with such expertise. God knew he’d left his mark on every inch of her body during their two days together in Tahoe. They reached her office first. When he didn't stop at the heavy oak door marked private session, she stopped mid-stride.

“My office.” With one hand, he led her stiff form forward, ushering them to the end of the hall. He was as angry with himself as he was with her. Why had he given her years to reach the conclusion that they belonged together? What he was about to do, should have happened three years ago.

After their weekend in Tahoe, he’d tried to find her, but the little minx had purposefully withheld her contact information. She went as far as to check out of the hotel within hours of leaving his bed. It had taken Jared weeks to locate her in Howard University’s doctoral program in Washington, DC. When she’d responded to the job posting he’d crafted he’d thought…yes. Finally, he could end his blue balls period of abstinence. Oh, he’d maintained a steady stream of female companionship for appearances, but he’d gone to bed alone. Every freaking day for over two years, he’d walked into the office hoping this would be the day that she came to him. Give him some indication that she was ready for them to move forward. Admitted that she was his. He growled in frustration. Startled she glanced up and over her shoulder. A crease ran the length of her forehead and a wary expression had dimmed the usual sparkle in her eyes.

“Sorry,” he clipped. Keep it together Pierce. Don’t frighten her.

Thank the heavens he requested weekly human resources updates. After he spotted the first application for a sex therapist his curiosity piqued. When he saw the second application his temper erupted like a volcano. Luckily, he remembered he was onboard a plane, and reined his anger back in before he was tasered and carried off by an air marshal. A few calls and not so discrete inquiries to the office, he was incapable of uttering a word. Discovering that Vivianne planned to leave was a shock, but the stink on the trash pile was what she had on reserve for her free time. She was going to pay another man to sleep with her...what the hell was she thinking? Jared ground his molars shredding the very idea under the compounding pressure. The fact that she could tolerate any man touching her made him want to go postal. When had her feelings towards him changed? He had to ask.

“What did I do?” He felt the muscles along her back tense. “Have I hurt or offended you in some way, Vivianne?”

He couldn’t stop himself from massaging the tension from her lower back. Maybe, she thought he slept with the women who’d accompanied him to SCMC fundraisers. Jared thought of his parent’s marriage. He grew up watching how his father’s betrayals chipped away at his mother’s adoration. Johnson Pierce thought his money would cover his sins. That trinkets and trips could sustain his wife’s love and his only son’s respect—he’d been wrong. His father’s infidelity was one of the reasons that Jared had waited until the right woman had come along before he gave her his heart. Vivianne was smart, funny, and giving. She was it for him and he could never be unfaithful to the woman he loved.

“No,” she whispered, a slight moan escaping on the tail end. “Of course not.”

Yet, she was leaving him.

They'd reached his corner office. With a touch of added pressure, she walked through the door he held open. Once she was inside, he engaged the lock. She jumped when the 'click' sounded in the room. In a flash, he had her back pressed against the closed door, his big body trapping her.

“Then why try to leave without my knowing?” She let her head fall back against the door. For the first time, he could see the mental anguish she was under. She was suffering, too. “You want another man?”

He had to hear her say the words. After more than a year of torturing himself to stay away from her, he needed to understand her reasoning. Before Vivianne, he’d been with women who only wanted sex. He’d felt deep in his soul that Vivianne wanted more from him. The way she’d touched him, caressed his face during their lovemaking like she was imprinting his every nuance into her memory. She’d tempted him beyond sanity with her slow and thorough exploration of his body.

Dark hair to match his own, dark eyes that flamed higher with each touch, skin so rich, he'd be the wealthiest man in the world if he possessed her.

“It's purely for therapeutic reasons…”

So, she would share her body, a body that occupied his dreams, with another man for medicinal purposes? Just thinking about her responsive body being seen by anybody with a penis set his mind down a deadly path.

“You can do that here...with me.” He eased an arm around her waist, moving her closer until her breasts brushed against his chest. “Whatever your ailments, they disappeared when I was buried inside you.”

Siera London is a bestselling author of contemporary romance and romantic suspense. She crafts stories of diverse characters navigating the challenges and triumphs to find lasting love. Intelligence, wit, emotion, drama, and sensual romance are between the covers of every Siera London novel. Siera lives in Florida with her husband, and a color patch tabby named Frie.

Posted by Lisabet Sarai at 8:16 AM

Welcome to Beyond Romance, Siera.

Love the cover for your story! I hope your tour does really well.

Thank you so much for sharing the Sultry Night Collection and Forbidden Distractions :)