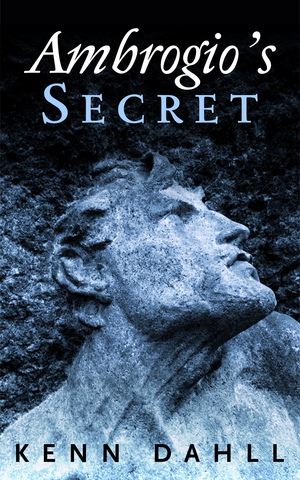 It is possible to write a gay romance without explicit sex−possible but in my view unrealistic. Authors who eschew depicting realistic sexual encounters employ various devices such as euphemisms, “the two handsome young men kissed, hugged and united blissfully”; or behind closed doors transitions, “the pair went into John’s bedroom hand in hand.” I’m not fond of either avoidance mechanism. My take is that gay romance by definition requires hot, erotic coupling depicted in exquisite detail. Hence, my style is often criticized as “raw” or “gritty,” and I won’t deny the criticism is fair−if coming from the perspective of someone puritanically inclined. Based on my published works, I’ve identified several reasons for injecting graphic sex in gay romances.

Gay men often initially connect through sex frequently through cruising in gay bars for sex partners, engaging in sex in gay baths, or even trolling gay internet hookup sites as a means to meet other gay men, ostensibly for sex, but often with the ulterior motive of connecting on an emotional dimension. It would be inaccurate to eliminate such venues and motivations from a story about contemporary gay romance.

Stories with an historical setting are considerably different in that the means of same sex partners meeting are more constrained. In the few non-contemporary stories I have written, getting the main characters into situations were sex develops faces a thin line between consensual and non-consensual. Depictions of brute force and master/slave relationships must be carefully crafted to tread carefully while maintaining the power dynamics of the time period selected. One mechanism I used in an early story−Soaring with a Hawk−was to force myself to limit common vulgar terms such as “cock,” or “ass” to more faithfully capture the encounters between a young pioneer son and a Native American brave. They had sex but the language was “softer.”

Additionally, explicit sex in gay romances can reveal a character’s personality allowing for the storyline to portray an evolutionary change in his personality. In my works I’ve done this for various types of personalities. 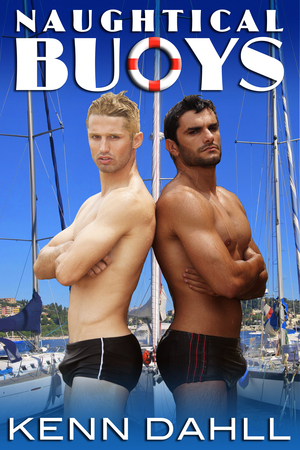 In one category, the Main Character (MC) is portrayed as a Machiavellian manipulator. Two stories make this point. In Naughtical Buoys, the extremely wealthy MC uses his fantastic yacht to lure attractive young men into virtual sex slavery, fully described in gritty detail. He also uses money to buy sexual favors from hustlers and strip club dancers, often paying for humiliating sexual demands in front of an audience, also depicted in full rawness. In At Your Service, the charismatic scion of a wealthy family uses his sex appeal, as well as his position as boss over his valet, to procure elaborately detailed sexual services. In both stories, the MC experiences crises motivating him to drastically change his views on sex and commitment, resulting in more romantic−yet explicit−sex.

A second type I’ve depicted is the naive MC who experiences uncaring or even manipulative sex before meeting an individual who respects his sexual autonomy. They then engage in romantic sex as sensitive lovers in a thoroughly depicted sexual encounter which becomes a dramatic highlight of the story. 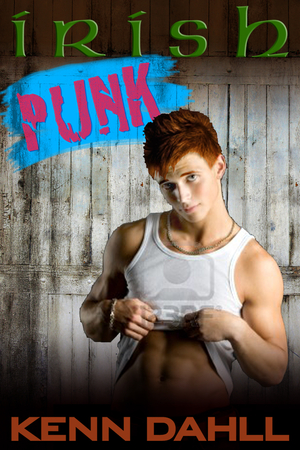 Given my belief in the validity of explicit sex in gay romances, I face one big issue−a largely female audience preferring more romance for gay erotica. Recognizing the problem, I engaged a female editor for a story included in a Valentine's Day bundle under Selena Kitt’s Excite Spice forum. Other than some grammatical changes she had two issues: 1) she questioned including what she termed "icky behavior” involving armpits, and 2) she felt the story lacked romantic buildup. I followed her advice and managed to keep the sex toned down−took out the armpit scene, for one thing−so it's not as explicit as many of my stories, leaving it caught between gay romance and gay erotic sub-genres. I also upped the romance factor, delaying overt sex until mid-story. Even then, I held back for a sex scene or two before going fully raw. Since it was part of an anthology, I didn’t get any exclusive reviews of my story, but the anthology reviews were favorable and one singled out my story.

My current work in process, a novel, is historical−set in Las Vegas, New Mexico in the late nineteenth century−and I have created various unusual settings in which sex occurs−railroad cars, a church rectory, barns, boarding houses, a mansion, and a farmhouse. My MC has romantic notions but, unfortunately, his first love doesn’t appear to be interested, the first person he has sex with betrays him and he sours on the possibility of a “happy ever after” situation. On his journey, the MC encounters brutes who threaten physical−even sexual harm−witnesses a rough sexual threesome, and is pestered by younger men curious about sex. I won’t give out the surprise twist in the story except to say it ends in lots of loving−but explicit−sex.

Kenn moved from the gay ghetto called Wilton Manors, Florida to the much more dynamic, yet still extremely gay, District of Columbia area. More than twenty-five years ago he submitted a short story to a “one-hand magazine” contest and won a year's subscription. Since then he has written many stories, none of which he submitted for publication until August 2008 when one was included in Alyson Books’ Island Boys Anthology. Currently, he is thrilled to be published in eXcessica.com with over thirty titles. He is also published in two additional Alyson Books anthologies: Best Gay Love Stories 2009 and 2010.

Generally, Kenn says he sees a hot male and constructs a fantasy story around him−how he’s dressed, what he might be thinking, what is his relationship with the other males around him be it in a bar, a bus, a restaurant, a bank, or even a church. Sometimes a situation encountered in Kenn’s daily routine, on vacation, or simply on a casual stroll around the neighborhood, inspires him and a story will take shape in his mind, which is then populated from his vivid imagination. Kenn claims to find few outlets outside of erotic fiction for his innate creativity and is pleased others are interested in reading what he writes. 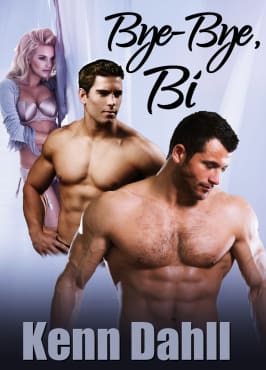 Thank you for letting me post on your blog. Kenn