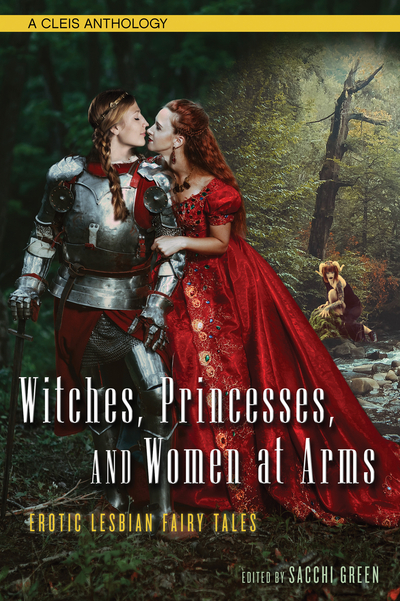 I wonder sometimes whether I switched from science fiction and fantasy to erotica just because the competition looked sparser way back then, making my chances of selling my stories seemed better. Or was it mostly because I really wanted to write about sex? Most of my speculative fiction stories had more or less subtle sexual subtexts.

Discovering back then that I got paid more for the erotica was a factor, too. I’ve never exactly given up on writing sf/f, especially fantasy, but my writing time and focus have been spent almost entirely on erotica, especially lesbian erotica, for the last eighteen years. From that perspective I can say that erotica is no longer the road less traveled, no longer pays more, and in spite of its many talented writers gets even less respect than genres like science fiction and fantasy. Much less.

In the science fiction community there has always been grumbling about readers and critics who insist that sf/f is all rocketships and/or elves, so if they like a book, it must not be sf/f after all, however science fictional its theme may be. With erotica, readers—or rather non-readers of the genre—dismiss anything categorized that way with terms like Plot-What-Plot. I was going to say they use cruder terms, but those seem usually to be assumed to go without saying. If they accidentally read some well-written sexually-driven stories with fully-developed characters and intriguing story arcs, well, those are exceptions, not really what erotica is like.

Okay, I’m ranting here, based on what I’ve seen and read and heard readers say, the kinds of readers who actually buy books. I’m probably overstating the situation. But recently I’ve been wondering whether having my stories and anthologies tagged as erotica is preventing them from being read by people who might actually enjoy them in spite of sex scenes, or who might notice that sexual interactions can be as revealing of character as any other encounters. On the other hand, not including the term “erotica” in their titles would make it even harder for them to attract any attention at all, and I draw the line at calling them “erotic romance,” even though some of the stories could qualify for that description.

I had the odd experience lately of being on a committee to reassess the descriptions of categories in an organization’s awards program, and being told that they had a very hard time getting judges for the erotica category. Nobody wanted to read it. That didn’t really surprise me, but I was startled to see that their current description for erotica pretty much went along with the “Plot-What-Plot” line of thought, and my books wouldn’t seem to qualify, although I’ve won an award there four times already. No, this isn’t the biggest award-giving organization, but still notable in lesbian fiction. So maybe my anthologies aren’t erotica after all, but so far I’ve been able to get away with it, and no reviewers, at least, have ever complained about not enough erotic content in them.

In the case of my fairy tale anthology (which does not, as it happens, include any traditional fairies) I suppose I just want, undeservedly, to have it both ways, fantasy and erotica. I was a fan of speculative fiction as a teenager, and always thought that someday I’d be writing in that field. That “someday” came relatively late in life, on a relatively low level, but at the time there was a burgeoning of markets for sf/f short stories, with new small presses and magazines springing up, and I managed to get a fairly respectable amount of my work published. But there were more and more aspiring writers, too, in those days when the use of computers and word programs was becoming widespread.

Yes, I wrote my first few manuscripts on a lowly typewriter, and had to submit them by land mail, along with stamped self-addressed envelopes if I wanted them returned, or stamped self-addressed postcards if I just wanted notices of acceptance or rejection. All of this uphill in six feet of snow, or so it seemed. On an increasingly crowded road. (Oh, wait, then the snow would be packed down. Bad metaphor. Never mind.)

But then I discovered erotica. I didn’t intend to abandon sf/f, just to dabble in this other genre that didn’t seem as crowded, and did seem to have room for a writer who’d already learned the principles of writing actual stories instead of slapdash vignettes. I came across a call for submissions for a newish series called Best Lesbian Erotica, thought I’d give it a try, and had an actual phone call from the editor accepting my story and saying how “different” it was from anything else she’d seen. I’d been right about sf/f being good training for erotica. I might try more of this type of thing! 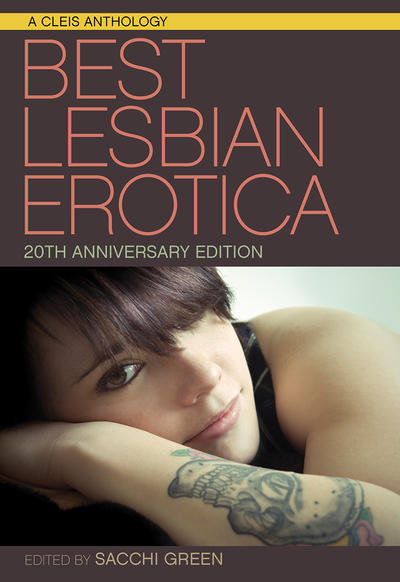 In fact, erotica seduced me. Seventeen years later I found myself editing the 20th anniversary edition of Best Lesbian Erotica, after editing fifteen different anthologies, only two of them sf/f. Now my second BLE (now titled Best Lesbian Erotica of the Year Volume 2) has just come out, and I’m reading submissions for a third. The world of publishing has changed cataclysmically, though, and for various reasons the erotica field has been flooded with so many books and stories of varying length, quality, cover images (generally lurid) and prices (generally cheap) that what I’d consider the really good ones have hard time getting seen. Writing erotica is now far from being a road less traveled, making it harder for any individual work to get anywhere. Then, of course, there’s the whole pirating situation, but I won’t get into that quagmire here. 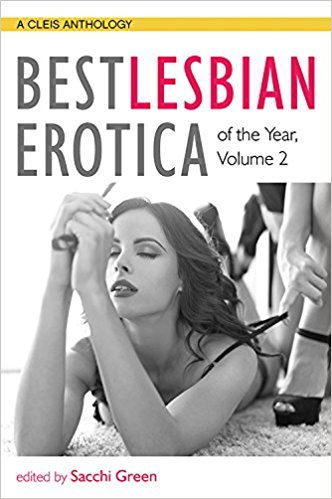 How often have you tried to envision “he” as “she” when you’re reading fairy tales? Those flights of imagination can sweep you up into worlds of magic and sensual delights—or would, if only so many heroes winning the day (and, of course, the girl) didn’t get in the way. Do you long for heroines who win each other?

I do, so in this anthology I wanted erotic romance and wild adventure with women who use their wits and/or weapons and come together in a blaze of passion. These wonderful writers gave me all I hoped for, and even more. Some adapted traditional tales, and some updated old stories to contemporary times, not merely changing the gender of a character but making the female aspect essential. Some created original plots with a fairy tale sensibility, while some wrote with merely a subtle aura of fantasy. Their heroines are witches, princesses, brave, resourceful women of all walks of life, and even a troll and a dryad. There are curses and spells, battles and intrigue, elements of magic and explorations of universal themes, and, yes, sex, sensuality and true love, all bound skillfully together into complex and many-layered stories.

Royalty or a miller’s daughter, a woman warrior passing as a man, a sorceress in flowing robes, even a window inspector dangling in harness on a high-rise building—who better to rescue a long-haired captive in a tower?—all of them are made so real that you long to touch them, and be touched. The relationships are intense, sometimes quick to ignite, sometimes all the hotter for restraint that flares at last into a fierce blaze.

In all my years of editing anthologies, I’ve never read so many submissions that were beautifully written and just what I’d asked for. And I’ve never had so much trouble choosing which to use to fill the finite space in this book. I can only hope that readers will get as much pleasure from these stories as I did, and that Witches, Princesses and Women at Arms turns out to be, to quote a certain beloved film with a unique take on fantasy traditions, exactly, “As you wish.”

Note: I don’t know how long it will last, or who decides these things, but right now there’s a temporary sale on the ebook version of this anthology, so on Amazon, Barnes & Noble, etc., you can get it for $1.99.

Also, I’ll give away an ebook copy in Mobi, Epub, or PDF to a name drawn at random from the comments on this post.

Witches, Princesses and Women at Arms on Amazon

Sacchi Green (sacchi-green.blogspot.com, www.facebook.com/sacchi.green) is a Lambda Award–winning writer and editor of erotica and other stimulating genres. Her stories have appeared in scores of publications, including eight volumes of Best Lesbian Erotica, four of Best Women’s Erotica, and four of Best Lesbian Romance. In recent years she’s taken to wielding the editorial whip, editing fourteen lesbian erotica anthologies, most recently Wild Girls, Wild Nights, Me and My Boi, Best Lesbian Erotica of the Year 20th Anniversary Edition, Witches, Princesses and Women at Arm, and Best Lesbian Erotica of the Year Volume 2, most of them from Cleis Press. Sacchi lives in the Five College area of western Massachusetts and makes occasional forays into the real world, usually for readings in places like NYC. She also posts on alternate Mondays on Oh Get a Grip, a group website for ten erotica writers with plenty to say. http://ohgetagrip.blogspot.com

Alas, the name of the game in publishing is adapt or die.

I've got to get a copy of Witches... it sounds delicious!

Great post, Sacchi! I always appreciate your thoughts and I must say as a writer, I'm always very proud to be included in your anthologies. I always know that they'll be in good company!

Although I loved them as a child, the problem I have with traditional (het) fairytales is that, so often, they reinforce gender roles. Men, if they're heroes, are active and aggressive; women are passive and "virtuous" (ugh). Which is why I love to see queer fairytales, where anyone can be whatever they want to be. :)

Last chance to comment for a chance to win is tomorrow (Saturday) by midnight Eastern Standard Time.

With so few comments (clearly folks with excellent taste) i'll send an ebook copy of Witches, Princesses and Women at Arms to each of you (except Emily Byrne who like has one already, but if not, she can et me know. After all, she has a terrific story in the book.)