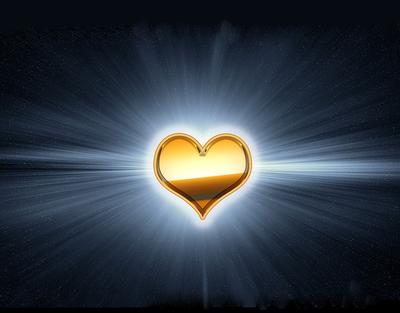 I fell in love with my husband while my mother was dying. That sounds heartless and morbid, doesn't it? But it wasn't like that at all.

We'd met six months before, at a conference. I lived in California; he was based in Massachusetts where I'd grown up. We'd corresponded and talked on the phone, but it didn't seem all that likely that our relationship had much future, given the geographic barriers.

When my mom's leukemia resurfaced after a year's remission, I took a leave of absence from my job so that I could be with her on the east coast. For nearly a month, I visited the hospital every day. Aside from her disease, she was incredibly healthy, and it took a painfully long time for her to die.

When I wasn't at her bedside, I spent the time with K. He somehow knew exactly how to deal with me. If I needed to talk out my fears and my sorrows, he'd let me. If he thought I needed distraction, he'd provide it. He drove me back and forth to the hospital. He took me out to dinner. He let me cry on his shoulder.

Away from my home, my work and my friends, I felt lost and depressed. I worried about my job – my first serious employment since leaving graduate school. I had nightmares about my mother. K handled it all. I was incredibly grateful for his support. I suppose at some level he had ulterior motives, but honestly, I don't know whether I would have made it through those dark days without him at my side.

When my mom finally let go and passed on, he helped my siblings and I make the arrangements, and accompanied me the funeral. Only later did I realize what that cost him. My mother had converted to Catholicism. For reasons buried in his own history, K. has an allergy to organized Christianity. Normally, he won't set foot in a church. However, he made an exception, so that he could be at my side, quietly offering me his love and his strength.

A day or two after the funeral, I returned to California. I was seriously concerned that I might be fired. But K. and I both knew that our relationship had changed. A month later I came east for the winter holidays and then he and I drove cross-country together, in the first of what would become many journeys. We count our time together from the day we left Massachusetts and headed west.

Good, decent men? I certainly found one, or rather, he found me. That was more than thirty years ago. He's proved himself again and again. Last Spring, when I had hip replacement surgery, the poor guy had to take on almost all the household responsibilities. He hardly complained.

I must have really good karma, to have hooked up with this man. Other women apparently feel the same way I do about him – he's not particularly good looking but he never fails the charm members of the fairer sex. I almost feel embarrassed by my good fortune.

Maybe that's why I have some trouble writing male characters who are self-centered, lazy, manipulative or cruel. I've heard so many tales of woe from my girlfriends – but it's hard for me to identify.

My guy is solid gold.

You really couldn't call this a meet cute, in the dramatic sense, yet it led to an HEA regardless. Thanks for sharing such a bittersweet, intimate tale.

Thanks for dropping by, Ed. I wanted to post this to emphasize that not every guy is a sexist scoundrel.

Your are lucky to find a life partner like you have and I am happy for you. In the midst of adversity is when we discover who our friends really are and those who stick with you through thick and thin are the keepers.

I can appreciate your comment about the difficulty in casting someone as a bad person when your own experience has been so much different. Consider yourself lucky that you don't have a real life example to use as a basis for a character in your stories.