I know, the title has you confused.

This past Sunday my usual snog was pre-empted by my Halloween-focused newsletter. Then I discovered that Victoria Bliss has organized a huge snogging celebration to commemorate her 250th Sunday Snog and her 10th anniversary of publication.

The event is going on all week. She’s giving away a raft of prizes, and so are all the other authors participating. Plus she’s trying to raise money for FPA (http://www.fpa.org.uk/), a non-profit offering authoritative, no-nonsense information about sexual health issues.

How do you enter Victoria’s drawing? Go to her page, read her snog, leave a comment. Then visit the other participating authors, using the links on Victoria’s page, and savor their kiss excerpts, too. Every comment you make, on any post, counts as another entry.

And now, on to the snog! Let me know what you think! 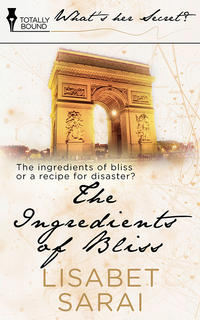 Harry popped the last bite of his croissant into his mouth and licked black currant jam from his fingers. Of course the sensual gesture made my well-used pussy moisten once more. Did he do that deliberately? Or was it just another example of our chemistry?

“Confused about what?” He drained his espresso and set the cup down on the tray.

He’d untied me and now we were having a late Sunday breakfast in bed. Very late—my alarm clock told me it was close to two pm. We were going to miss the matinee of that new French film at the Lumiere. Again.

As Harry circled my engorged nipple with a still-sticky fingertip, I realized I didn’t mind.

Leaning back among the pillows, I let him play with my body. I could have sworn I was sated but before long, the familiar ache had returned, the sense of emptiness that could only be relieved by Harry’s cock—or one of the outrageous substitutes we’d purchased together. I closed my eyes with a sigh of delight, giving myself up to my extraordinarily talented lover.

He hooked my pubic curls and gave a light pull, adding a sharp edge to my languid pleasure. “You were saying, Mei Lee? Why are you confused?” His attentive gaze made it clear he expected an answer.

I struggled to organize my thoughts—not an easy task when given that he had two fingers inserted between my pussy lips, stroking and burrowing into my folds.

“Well…before we met, I would never have thought I’d enjoy—well, you know—the things we do.”

He arched an eyebrow. “Things? Be specific, please.”

After all this time together, he could still make me blush. And I knew it amused him to see my pale cheeks grow pink with embarrassment.

“Come on. You know what I’m talking about. Spankings. Being tied up. Submission.” I sat up straighter, seeking a bit of dignity. “I’ve always been assertive to the point of being bossy. Nobody would ever believe that I could be a submissive. I can’t believe it.”

“But it seems to be true,” he commented, punctuating his statement with a hard twist to my nipple.

Lightning shot from that tender nub down to my equally swollen clit.

“You love it when I use you. Even the pain.”

I nodded. “So after three months with you, I’m getting used to the idea that I’m sexually submissive. Then I find myself getting turned on when I order Etienne around. What’s going on? I don’t know whether I’m really a top, just pretending to be submissive, or really a bottom who happens to like the idea of dominating her boss.”

Harry leaned in for a fruit-flavored kiss. Meanwhile, he kneaded my breasts like bread dough, further leavening my arousal. I flung my arms around his neck and pulled him closer, grateful for the moment to be unbound so that I could run my palms over his smooth shoulders and down his solid back. His mouth swept me back into a state of dizzying lust. By the time he released me, I’d almost forgotten what we’d been discussing.

“You worry too much, love.” Harry ran his fingers through his tangled locks then stretched out on the bed next to me. “Why not just express your desires, wherever they lead you?”

“You know the way I am, Harry. I need to understand. I like to be in control of myself and the situation.”

With sudden strength, he caught my wrists in one of his big hands and dragged my arms over my head. Would he bind me again? Did I want him to? Did it matter?

He straddled my hips and settled his butt on my pelvis. His half-hard penis bobbed against my abdomen. “You’re not in control when you’re with me, and you seem to like that just fine.” Still grasping my wrists, he bent to lick along my neck to the hollow of my throat.

As I relaxed into the sensations, he popped up to snag my earlobe with his teeth.

The sting dwindled when he nuzzled the sensitive spot just below my ear. As I’m sure he expected, my clit twitched in response. I arched up, trying to grind my pelvis against his bum. He raised himself to a half-kneel, breaking the contact between our skin, while still holding me more or less immobilized. His cock was now fully engorged. Barely a foot from my hungry mouth, it wept pre-cum onto my chest. I whimpered and struggled against his inexorable grip. I really didn’t want to talk anymore. I just wanted him to fuck me. Again.

My Master had other ideas, though. He smiled down at my writhing frustration.

“Based on my experience, some people are one hundred percent submissive. Others are one hundred percent dominant. In more cases than you’d expect, though, it depends on the dynamics between two individuals—the interplay of personalities and fantasies. One person might make you want to surrender. Another might bring out your toppiness. The technical term is ‘switch’, but personally, I think it’s just human nature.”

He cut off my argument with another kiss, hard and wet. It left me considerably more docile.

“There’s something about Etienne that brings out your dominant side, Em. Nothing wrong with that.”

“But why? I’ll admit I’ve had sexual fantasies about him. But never in my wildest dreams did I imagine anything like this.”

“You might be responding to his fantasies. He sees you as a powerful woman—gorgeous, desirable, worthy of his devotion. And that’s what you become in his presence.” Letting go of my arms, he wormed his way down my body until the slick tip of his erection nudged at my pussy lips. “In fact, that’s what you are, Emily—at least partly.

I parted my thighs, hoping to tempt him inside. “And I’m partly your slave as well.”

“Just partly?” He drew his hips back, rescinding the tantalizing promise of his cock.

Don't forget to leave a comment with your email! Every comment is an entry in both my giveaway and in Victoria's.
Plus I'll donate a dollar to FPA for each one!
Posted by Lisabet Sarai at 3:00 AM

Always enjoy what you share in your posts! Happy November! greenshamrock atcox dotnet

Thank you for the post and for donating to a good cause.