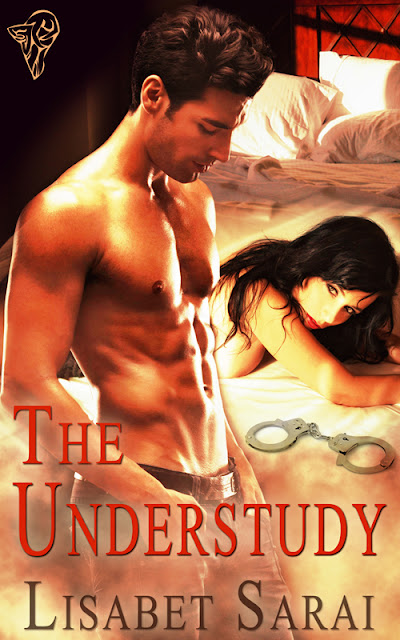 When you’ve recovered from my snog, head to Victoria’s for more steamy Sunday kisses!

I gasped when I saw the contents. “It’s true!” I blurted out.

Hart came up behind me and looked over my shoulder. He didn’t touch me, but his mere presence was overpowering. “What’s true?”

I heard laughter in his voice. I pointed at the leather restraints and the rubber paddles, my hand shaking. “That—that you’re kinky. Into S and M, just like Adele said.”

“I prefer the term ‘D and S.’ Dominance and submission. My focus is on the exchange of power, not the administration of pain. Though I’m not averse to using pain if that’s the right thing to do.”

“The right thing to do?” I turned to face him, hiding behind my indignation. “Are you joking?”

He was close, too close for comfort, deliberately invading my personal space. I tried to step backward. I succeeded only in banging my shin against the luggage rack.

His eyes drilled into me. “I’m completely serious. D and S is not a game, despite the way it’s portrayed in popular culture. It’s not a fashion statement. It’s much, much more, a new way of being in the world. A doorway into a new kind of relationship, deeper and more intimate than anything you can imagine.”

“Right,” I muttered. I couldn’t bear to look at him. I stared down at my sandals, feeling the blush crawling up my cheeks and across my chest. “I’m sure that’s what all the perverts say.”

He caught my chin under his forefinger and raised my eyes to his. I trembled when his skin met mine.

“I can’t pretend it’s not exciting, of course—trying new implements, pushing the sub’s limits, testing her devotion. But that’s not the main point.”

I burned in the heat of his stare. I felt myself begin to melt, the crotch of my jeans growing damper with every beat of my pulse. I didn’t want to listen but I couldn’t hide my fascination.

He stroked his thumb across my cheek. I held my breath, wanting him to stop, dying for him to go further.

“Aren’t you curious, Sarah? Wouldn’t you like to drop your diligent, high-achieving, good little girl persona and find out what’s underneath?”

I couldn’t answer. How did he know these things about me, this man I’d met less than a half hour ago? Did he really understand the way I’d pushed myself in college and grad school, working for the top grades, following the rules, determined to succeed in my chosen path despite the odds? Did he know that I hadn’t had a lover for nearly four years? I hadn’t had time. Anyway, I’d been all too aware of the fact that everyone around me was both a colleague and a competitor.

I saw compassion in his chiselled face, mingled with lust.

“I know you, little one. I know what you really crave. What you really need. Open yourself to me and I will fulfill the desires you don’t yet dare to admit, even to yourself.”

He didn’t wait for permission. He simply claimed my mouth as though it was his by right. I struggled for a moment, as his strong arm snaked around my waist and pulled me to his chest. Then I let go, let his tongue slide between my lips and his fingers slip under my shirt.

His mouth was muscular and insistent. I tasted his expensive liquor and his foreign cigarettes. I was in some kind of trance, swooning as he devoured my mouth and stroked my bare back. I felt him fumble briefly with the hooks on my bra, then blissful relief as my breasts were set free.

My nipples throbbed, aching for his touch. He released my mouth and held me at arm’s length.

Raising my shirt, he palmed my breasts, flicking his thumbs over the rigid tips. Each flick sent electric currents sizzling down to my engorged clit. New moisture flooded my pussy. I could smell myself, like tidal flats baking under the summer sun. His flaring nostrils told me that he caught the same scent.

“Is that understood?” He pinched a nipple and pain arced through me like lightning. Then like thunder, pleasure rolled in.

His hard thigh pushed into the gap between my thighs, stealing my answer. I tried to nod. I was ready to agree to anything as long as he continued to touch me. He kissed me again, forcing me open and plunging his rude tongue down my throat.

Shameless, driven, I ground my denim-covered pussy against his invading leg. His male scent rose around me, the cologne tempered now with the musk of his sweat. He gripped my ass and pulled me closer. His rock-hard erection prodded my belly. The knowledge that he wanted me—that I pleased him—took me to the edge. I hovered there at the tipping point, ready to topple into climax while he squeezed my butt and ravaged my mouth.

Don’t forget to leave a comment to enter my drawing!

Thanks to everyone who commented. Congratulations to Rose, who is my winner!

I've got another great snog coming up today...!