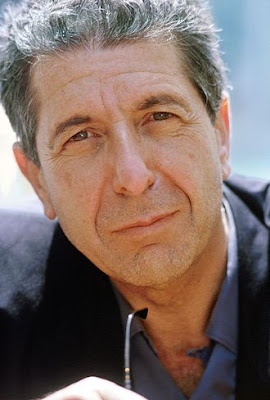 My high school friend Judith had the hair of a gypsy and the voice of an angel. Perched on a floodlit stool in the Two Moon Coffee House, there in the basement of the Congregational Church, she strummed her guitar and sang in her clear, pure soprano of love, loss, death and redemption. I huddled in the shadows, at the back of the audience, caught halfway between lust and worship.

“Suzanne takes you down
To her place by the river.
You can hear the boats go by
And you can spend the night beside her...”

I was sixteen. I didn’t understand yet that a woman could physically desire a member of her own sex. All I knew was that something about Judith called to both my soul and my body.

With her jet black curls tumbling around her heart-shaped face, she could be wickedly merry one moment, in utter despair the next. Her poems spoke of revelations and tragedies. She wore long patchwork skirts, bright scarves, loose peasant blouses that revealed her pale, slender throat and hinted at her delicate breasts. When she sang about Suzanne, it was she I imagined, “wearing rags and features from Salvation Army counters”. I had a sense that she appeared my dreams, but I could never recall the details, a rarity given my usual vivid and memorable visions.

She was never my lover—back then, I couldn’t begin to imagine what that meant—but I believe now that she could have been. In the real world, I never touched her, but as the song says, I’d touched her perfect body with my mind.

I thought of Judith three days ago, when I learned that Leonard Cohen had passed away. I owned a copy of his first album; overflowing with teenage angst, I played and replayed his moody tunes. They offered glimpses into another world, a world of passion that was simultaneously physical and spiritual. Later, I read some of his poems as well as his haunting novel Beautiful Losers. I wrote a lot of poetry myself in those days. He expressed some of the same emotions I was trying to capture, with far more skill and depth.
I found the quote from Cohen that opens this post in an obituary I read today. There could hardly be a more apt description of what I write erotic fiction. For me, the sexual and the spiritual are intimately entwined. Throughout my life, sex has been a doorway into self-understanding and a deeper level of peace.

I sometimes fantasize about what it would have been like, to spend the night with my Suzanne. I have some sense the connection between us might have been reciprocal. She wrote a tender message in my yearbook, calling me “beautiful lady”, an appellation that I found astonishing at the time. If we’d stayed in contact, would our relationship have developed into something more than a high school crush?

At some level, it doesn’t matter. My memories convince me that spirit and flesh are not opposites, but two aspects of the same reality.