By Liz Gavin (Guest Blogger)
First of all, I’d like to thank the awesome team at Goddess Fish Promotions for putting together this blog tour. YOU ROCK!!
Second of all – and equally important – thanks to the host for having me and Luck of the Irish on your blog today. You’re much appreciated.
Now let’s move on to the actual post. LOL

This aspect of the indie publishing industry is much easier than it seems. Before I became a writer I was an avid reader. I would read almost anything I could find. Granted if the book were too awful I wouldn’t finish it. Still I would try to read it. I revered the pages of books to the point I was unable to write on their margins as some of my friends did when we were teens. (Yes, I’m old. I grew up reading books, not Kindle!!! LoL)

Anyway, the point I’m trying to make is that I viewed printed books as precious things. As I grew older, I learned authors worked hard before getting a break and being published. I discovered how expensive it was to print books, which added to my previous idea about how rare publishing books could be.

Consequently, when I started toying with the possibility of writing my first short-stories, I didn’t dare consider printing them. I pushed that thought to the corners of my mind and forgot about it. Until one day I didn’t remember to forget it. LoL

There are many companies offering ‘print-on-demand’ services. I won’t discuss here the pros and cons of each one of them or the good and bad points of this method of printing books. I will just say that, in my opinion, if the greatest advantage of printing on demand is the cost, the biggest disadvantage is the price. Meaning – indie authors can’t usually afford printing books in large quantities and then selling them. On the other hand, printing-on-demand a 400-page book will make your selling price go up to the stratosphere if you want to keep a margin of profit.

Having said that, I must confess that I chose to offer my books in print with a very small margin of profit mainly because it fed my ego.


There, I said it! But in my defense I had my reasons. You see, that little girl I used to be, who spent hours in the neighborhood library gawking at the endless shelves of precious books, still lives inside me. She jumped up and down and somersaulted countless times when I held a printed copy of my first novel. I told myself I had decided to sell printed versions of my stories because many people don’t like reading eBooks. Although that might be a fact, little Liz Gavin is the real reason. She is saying, “I’m a published author now. I ROCK!” LOL

Like I said before, there are various companies to choose from when you decide to sell your stories in print. Personally, I stuck with CreateSpace because it’s easier to work with an Amazon affiliated company since most of my titles are published exclusively with that online store.

As for the ‘how to’ part of using their services, I initially had problems with the formatting but there are many files you can access from their ‘Help’ tab, which address specific formatting issues. It took me a while to go through them and get the hang of it. Once I did, though, I created a template-file and saved it to my computer. After that, I copied and pasted the following story to the template-file and saved it as a new one. I repeated the process with all the other books. Voilà. I could finally sell my stories in print.

Hope I’ve helped you guys!! Thanks for stopping by today! Enjoy the tour and remember to check out the other blog stops for more chances at winning the giveaway!! 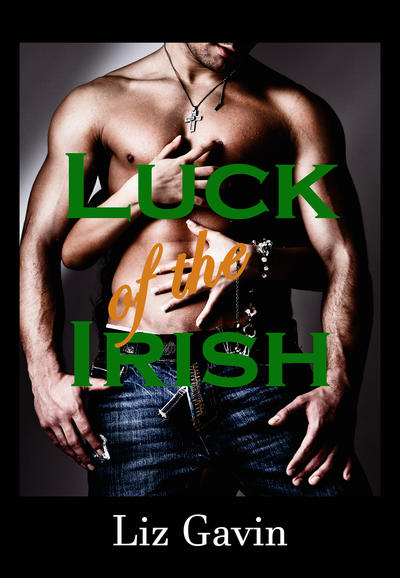 Keira Ashe’s parents are great but her mother has overprotected her for years. Now, this twenty-two-year-old Bostonian has graduated from college and can go on a trip she has been planning for years. She fears her shyness may get in the way of her enjoying what could be a life-altering adventure. However, Keira feels her luck is about to change when she meets gorgeous bartender Declan Slane.

Declan Slane is twenty-six and works at a hotel bar in Dublin. He hasn’t been very lucky in his love life so far. Also, he has got a troubled past he has chosen not to revisit in order to keep his sanity. Because he isn’t looking for a girlfriend, Declan isn’t very pleased to meet a certain breathtaking American who walks into his bar one afternoon.

Get a taste of adventure and heartache as Keira spreads her wings and matures while she gets to know her great-grandparents’ home country – Ireland. Hold your breath when she faces tough decisions and dangers. Root for Keira while she weighs up the consequences of making love for the first time. Bite your nails when she comes across unforeseen threats.

Liz Gavin’s second full-length novel is hard to put down just as it is hard to pinpoint its genre. She has woven an intricate web around her characters that will leave readers breathless. In the sizzling concoction, this talented new author poured heart-warming romance, heart-stopping suspense, and a dash of heart-searching paranormal. Take your pick. Regardless of the literary genre you might favor, Liz Gavin’s writing will take you to a whole different side of it.

“I could do this forever, you know,” he whispered against her burning skin. He felt her heartbeat going wild as a vein throbbed under the tip of his tongue when he suckled a sensitive spot on the white column of her neck.

“I think we should,” she replied while her hands found the lower hem of his sweatshirt and lifted it, exposing his torso.

When her cool fingers touched the bare skin of his abdomen, close to the waistband of his sweatpants, Declan felt a scorching wave of heat radiating through his muscles. Shivers ran down his spine and he held her hands, “You know we shouldn’t.”

He stared into the crystal blue depths of her eyes and felt their pull; not much different from the sirens in the fairy tales, but he had to resist it. He would one day drown in the sea of pleasure her eyes promised. But not before she was ready for the plunge.

“I’d love to rip our clothes off and lose myself in you. You’re not ready, though. Not yet.”

She gazed into his eyes as if assessing his soul, “Our feelings grow stronger by the day. We’ve been through so much together. The difficulties we faced, and overcame, have strengthened our bond. It’s much more than physical attraction. Why do we have to wait? I want you. You want me. Are you sure I’m the one who’s not ready? Sometimes I think you’re the one running from these feelings.” 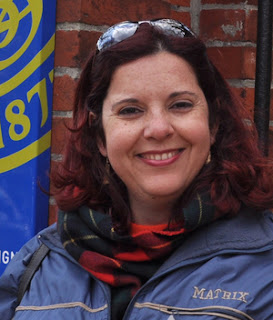 When Liz Gavin was in Second Grade - just a couple of years ago, really - her teacher told her mother the little girl should start a diary because she needed an outlet for her active and vivid imagination. She was a talkative child who would disrupt the class by engaging her colleagues in endless conversations. She loved telling them the stories her grandfather used to tell her.
Apparently, the teacher wasn’t a big fan of those stories, and Liz’s mother bought her a diary. She happily wrote on it for a couple of months. Unable to see the appeal of writing for her own enjoyment only, she gave up on it. She missed the audience her friends provided her in class. She went back to disturbing her dear teacher’s class.

Since then, she has become a hungry reader. She will read anything and everything she can get her hands on – from the classics to erotica. That’s how she has become a writer of erotica and romance, as well.

As a young adult, she participated in a student exchange program and lived in New Orleans for six months. She fell in love with the city and its wonderful inhabitants. NOLA will always hold a special spot in Liz Gavin’s heart. Nowadays, living in Brazil, Liz’s creativity has improved many times because it’s such a vibrant, gorgeous and sexy country.

Welcome to her world of hot Alpha males and naughty, independent women. Add a touch of the paranormal in the presence of some wicked souls and you’ll get the picture.

Welcome to Beyond Romance, Liz!

I hope your tour is bringing you lots of new readers!

Thanks for having me and Luck of the Irish today on your gorgeous blog. You're much appreciated!

Thank YOU guys for your relentless work. You're amazing!

Thanks for hosting today! Yes the tour's been great for finding new readers and awesome authors as well! :D

Glad you liked and thanks for the support. Good luck with the giveaway!

Thank YOU and best of luck with the giveaway!!

I love the character of Keira. She is at that point in her life where she really just wants things to begin. She may not even know what but I have a feeling Declan will help her figure it out!

For your own reading, do you prefer ebooks or traditional paper/hard back books?

I have added this book to my TBR list and look forward to reading this book!

Thank you for sharing your book and the giveaway! I can't wait to read more.