Usually I host guests on Saturdays, but lately I have been taking something of a Zen approach to scheduling appearances. Rather than soliciting for guests, I will wait to see who turns up. Some of my most memorable guest posts have been from people who contacted me out of the blue, looking for a place to talk about their books.

Anyway, today I have sort of a virtual guest post. I’m featuring the new collection of over-the-top erotica from my friend and co-blogger Daddy X, entitled Brand X. I had the highly enjoyable job of editing this rowdy assortment of dirty daydreams, so I think I can say with authority that this book is wildly different from most erotica out there.

Daddy likes to push the envelope, sometimes to the point of absurdity. As a case in point, consider “Sneak Attack”. This story manages to include the American Revolution, gang bangs, homosexuality, and zombies. “Light My Fire” explores the unintended consequences of withholding sexual favors until one is married. “Nikki and the Neighbors” features spanking, taken to extremes. The sly narrator in “Size Matters” finds a solution to a pair of big problems—two men so generously endowed that women are afraid of them. “Tenters”, my favorite tale in the book, can’t really be described. It has to be experienced.

The sex in Brand X is frequent, juicy, and generally enjoyed by all concerned—male and female characters alike. Here’s a snippet from “Tenters”, to give you a feel for Daddy’s style. 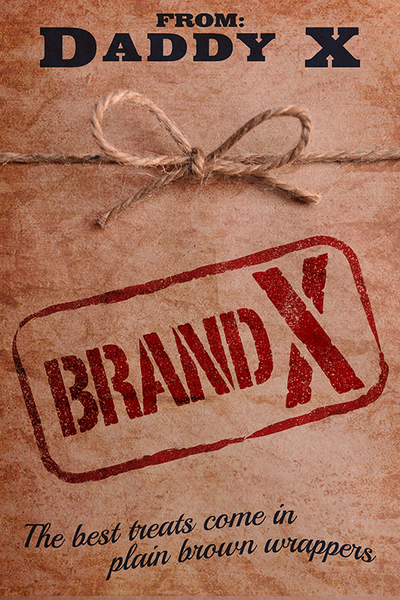 “We knew what would happen, didn’t we?” Amanda’s eyes sparkled with unabashed glee and a sadistic something—something else. “We know how it is under there, don’t we honey?” Her backside wiggled in the chair. “So sexy. All dark. Everything so muffled. Up close. Everything so—so proximate.”

Temperature builds in a dark world. Heat, smells, pheromonic humidity of overcharged fluids challenge the flesh while frottage and lack of oxygen conspire with the libido. Together they form strange new emotions, sensations. Expectations dissolve in an all-encompassing atmosphere of erotic sensuality. Satin whispered shuffles of sheets caress random naked bodies whenever whatever moves, twitches, pokes, slips or silky soft slides against or between something of someone else’s. Compounded effects and their causes turn reality back on itself. Just the slightest adaptation of a participant’s place in life under cover elicits equal and opposite reactions to insure everyone involved takes part.

Events slow down. Following blind human tactile sensations (not the will) becomes All There Is. The stark enormity of one’s own being binds all souls present, an effect impossible to disregard. Lovers experience infinite qualities of a reality existing only among themselves between the sheets, just as children create their own world with a blanket tented across dining room chairs on a dark, dank and drizzly day.

Boys called it a fort and kept little girls out. Boys poked index fingers through slits to protect themselves from imaginary foes. Girls called it a home and tried to tidy up. They served water for tea in tiny cups to imaginary friends. Then, with similar little index fingers they beckoned to the boys who came to tear the structure down.

I’m jerked back to the present by a muffled yell that’s audible even over the Bay Area traffic report. I step into the shower to address the reflection of a guy with his dick in a towel. “Like old times!” I tell my doppelganger. “Sore,” he says back. The opposite wall is another mirror where reflections upon reflections evoke madeleine memories approaching Proustian detail. 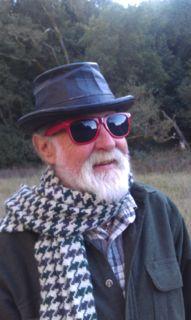 Daddy X always wanted to be a dirty old man.

He survived the 40’s, 50’s, 60’s, 70’s, 80’s, 90’s, and George W. Bush. He maintained an (almost) steady trajectory through Catholic school, a paper route, muskrat trapping, a steel mill, Bucks County, the Haight Ashbury, North Beach, the SF bar business, drug addiction, alcoholism, a stroke, hep C, cancer, a liver transplant, a year of chemo, a stickup at his art gallery while tied to a desk (not as cool as it sounds), a triple bypass, heart attack…and George W. Bush.

Now he’s old, and it’s time to get dirty.

He’s been with Momma X (greatest editor on earth) for fifty years, but she thinks his stuff is too skeevy to deal with. They live in northern California with a ninety pound lop-eared hound (17” wingspan) and two cats. Some of Daddy’s dirtiest stories have been gathered in The Gonzo Collection, also available from eXcessica. Daddy is also published in anthologies by Naughty Nights Press, House of Erotica and in Cleis Press’ Best Bondage 2015.