A major publishing event! Today’s release day for Kayelle Allen’s amazing new dystopian scifi novel Bringer of Chaos: The Origins ofPietas. If you’ve been noticing Kayelle’s gorgeous posters and enigmatic quotes over the past few weeks, I’m sure you’re as intrigued as I am.

Read on for more information on this ground breaking book. And don’t miss Kayelle’s giveaway at the end! 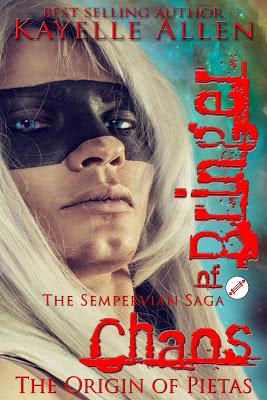 Two enemy warriors: one human, one immortal. Different in belief, alike in spirit, marooned together on an alien world.

Imprisoned and in isolation over a year without food or water, the immortal Pietas survives. Though broken in body, his intellect and will are intact, thanks to Six, the special ops warrior who captured him, but kept him sane. The warrior had no hand in his deprivation and, like Pietas, was betrayed by his own kind. When Pietas is abandoned on an alien world with nothing but his honor--and Six--he must find and rejoin other immortal exiles. After centuries of war, Pietas detests humans and kills them on sight, but he is too damaged to continue on his own. Though he despises needing help, he allows Six to nurture and restore him to full strength, and then accompany him. As they cross the planet together on foot, the immortal begins to wonder if he has found his first human friend, or if Six is loyal only because Pietas could keep the others from tearing him to shreds. This human will either be his closest living friend, or the one whose betrayal will trigger all-out vengeance by the most powerful immortal ever born.

Immortal. Warrior. Outcasts. Traitors took everything. Except their honor.

You are human. Unworthy.
A foreword from Pietas

This book you hold is being presented as fiction, but it did happen. It is as real as the air you breathe. It is not a first-person story, but it does follow my point of view.
I would never have allowed a human to know these things, but a friend persuaded me there can be no vengeance unless those in the wrong know what they did. When one has wronged another, one must face the consequences.

Having been persuaded to tell the story, I now allow it to be placed into your hands. I want you to know the truth. Why? Because other Ultras have hidden the truth. Buried it beneath fables and false retellings, as if you were a child unable to bear harsh reality. Unwilling to face the consequences of what your kind has done.

Above all, I will not lie to you.

When I come for you, I want the satisfaction of seeing your regret for what your ancestors did to my kind. I want to see your fear, and taste your terror.

This is no horror story. It's merely science fiction. Tell yourself it is only fable, if that will help you sleep. By all means, human, do sleep.

Read this, if you dare to know the truth.

In the twenty-seventh century on Earth, genslaves were supreme among all humanity's genetic creations. They fulfilled man's every desire. They recuperated from disease and injury so fast they were all but immortal. Their strength far exceeded man's. Specific, ingrained abilities limited upward and lateral movement among the servant classes, keeping genslaves in jobs with no chance of advancement.

Bred to require little rest, labor-genslaves performed menial and repetitive tasks, with enough intelligence to work, but not enough to aspire beyond their station. Warriors possessed unmeasured strength and massive size. They fought humanity's wars, died so man didn't have to suffer, and were reborn to fight again. The physically weaker classes had more intelligence. Healer-genslaves obtained vast amounts of skill in medicine and designed cures for disease. Artists created beauty. Nurturers and teachers cared for humanity's children. Scientist-genslaves designed additional genslaves, to make man's life even more pleasant. All classes were created with genetic shackles of obedience, making them content to remain subservient.

While humanity relaxed, secure in a position of power, genslave-scientists created a new order of beings with free will. It will be argued through the ages whether the creation arose from faulty programming, or a desire for freedom, but the new creatures were not hampered by genetic restraints.

They took the name Ultra, and did as they pleased. Ultras were brains and brawn. No matter how difficult the problem, Ultras solved it. No matter how horrific or grisly their wounds, Ultras survived. Disease did not touch them. Starvation did not stop them. Even death did not hold them long.

The creation of Ultras changed everything.

When Ultras demanded freedom, humans claimed them soulless, inferior, unworthy, and undeserving of equality. Humans tried to silence them, and when that failed, punished them. The Ultras seized their liberty by force. Emboldened by the Ultras' success, other genslaves rebelled, and began calling themselves Ultras as well. The First Cycle of Wars devastated half the galaxy. In the Terran Crescent and the Colonies of Man, power tilted toward Ultras. They ruled the starways. Ultras tightened restrictions and limited trade, allowing mankind meager freedoms, and no more mercy than man had shown them. Humans served, subservient to their former slaves.

Not all genslaves wanted war. Some concealed their genetic differences and abilities, and lived among humans--as human. The rumor that genslaves hid among them spawned the Human Pure movement. Purges wiped out non-human traits and enhanced sensory perceptions. Humanity weakened itself by outlawing genetic healing or correction. They identified anything and anyone considered unnatural. Anyone different hid it or faced death by fire, from which Ultras could not revive. For the human underground, the weapon of choice became a flamethrower.

Among Ultras, leadership arose that considered humans redeemable. They sought to allow humans more freedom, and give them a voice in their own government. They hoped a kinder relationship would bring an end to galaxy-wide conflict. They hoped peace would halt senseless death and destruction, foster growth, and increase trade.

In 4536 AD, after centuries of war, Ultras and humans met to discuss a truce.

But that is according to legend. Here, you will learn the truth. 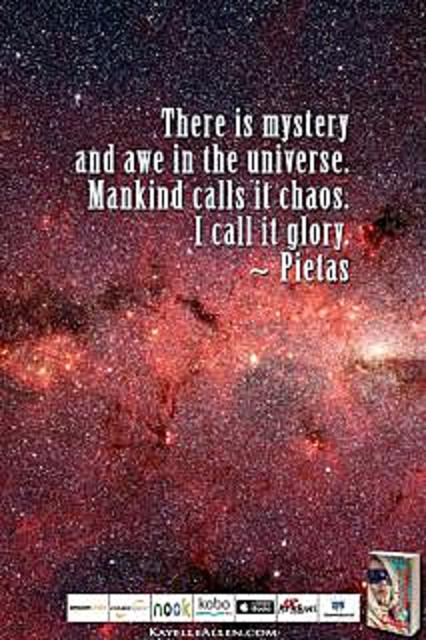 
Add to your Goodreads shelf:
https://www.goodreads.com/book/show/29732552-bringer-of-chaos 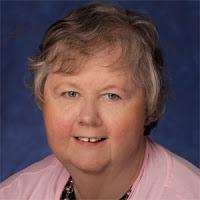 Kayelle Allen is a best selling American author. Her unstoppable heroes and heroines include contemporary every day folk, role-playing immortal gamers, futuristic covert agents, and warriors who purr. She writes Science Fiction, Science Fiction Romance, Mainstream Fantasy, Contemporary Romance, Gay Romance, and non-fiction. She likes to attend Science Fiction conventions, and has been a speaker at DragonCon, and Gaylaxicon. She holds an honorary lifetime membership to OutlantaCon, an Atlanta Scifi convention for the gay geek. Kayelle is the founder of the author-mentoring group Marketing for Romance Writers, and manages the successful Romance Lives Forever blog. Kayelle is married, has three grown children, and five grandchildren. She is a US Navy Veteran.

a Rafflecopter giveaway
Posted by Lisabet Sarai at 4:30 AM

Lisabet, thank you for going the extra mile for me on this. I appreciate what you did. :)

This sounds like a most intriguing story. Thank you for bringing it to my attention.

It wasn't till recently I discovered Kayelle and quickly found myself devouring her backlist. I have read Bringer of Chaos and can say honestly it is well worth the read. Whether you love or hate Pietas from the previous books after reading Bringer of Chaos you'll at least understand him and respect him.

I hope Bringer of Chaos is hugely successful.

But I didn't realize Pietas was a character from a previous book (as implied by a comment below).

Ms. Kayelle is a master at world building and the Queen of storytelling!

Trying this again. ;) Dragon, hearing this mini-review makes all the work worthwhile. Thank you.

Yes, he's been the villain in several books. He's the king, but the other characters fear him, and for good reason. To write more books in the Tarthian Empire saga, I realized I had to know Pietas better, hence Bringer of Chaos.

I hope you'll check it out. There's a series about the book on my blog. Look for 30 Days of Chaos. I posted a snippet and an insight every day during April. You can read the entire first chapter on the site as well.