[I love a good fantasy, a story that creates a living, breathing, magical yet believable world. Eolyn sounds like it might be just the thing. Don't forget to enter Karin's drawing, at the end of the post! ~ Lisabet] 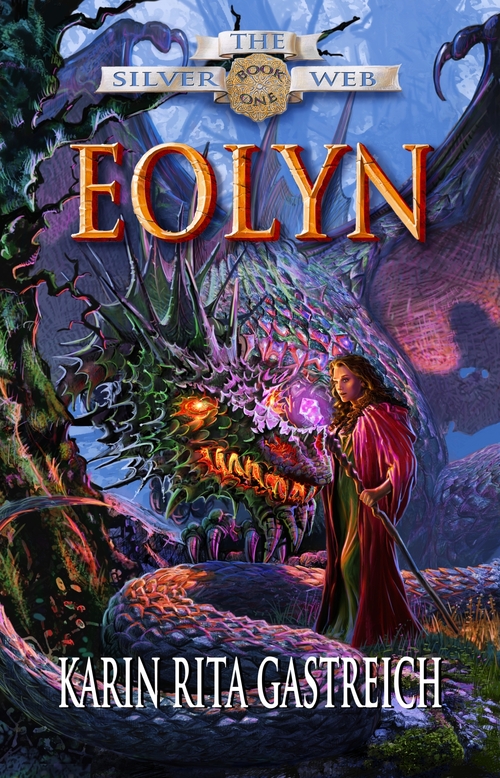 
In a land ravaged by civil war, the Mage King Kedehen initiates a ruthless purge of the magas. Eolyn, last daughter of the magas and sole heiress to their forbidden craft, seeks refuge in the South Woods.

When she meets the mysterious Akmael, heir to the throne of this violent realm, she embarks on a path of hope, seduction, betrayal, and war. Desire draws Eolyn toward Akmael’s dark embrace, but fate binds her to Corey of East Selen, a cunning mage whose ambition challenges the limits of love and loyalty.

Can she trust either man?

Hunted in a realm of powerful wizards and brutal deceptions, Eolyn must find her own path to freedom or she will burn on the pyre.

Eolyn lunged at Akmael, hand raised to strike him. He caught her wrist in a vice-like grip that gave pause to her fury.

In the silence that followed, Akmael measured the heat under Eolyn’s skin, the rhythm of her pulse, the condensation of her breath against the cool night air.

“Eolyn.” He did not bother to hide the note of surprised hope in his voice. “Are you jealous?”

She wrenched free of his hold. “Your magic is a disgrace! You have allowed your abilities to be twisted to foul ends. Dragon did not grant us these powers to invoke fear or take advantage of those weaker than ourselves. And our festivals are meant to celebrate the heritage of Moisehén, not to reinforce your authority, much less your sexual prowess.”

“That may be the case, but your question about the third night of Bel-Aethne…It did not arise out of concern for the proper interpretation and practice of magic. Did it?”

Eolyn cheeks flushed, but she lifted her chin. “There is no place for jealousy in a maga’s heart.”

Akmael did not let her finish. He caught her lips in his. In an instant the spark granted to them as adolescents was reignited. Akmael wrapped his arms around her, inhaling her honey and wood aroma, intertwining his fingers in her silky hair, exploring every delicate contour of her face and throat. The force of his passion pushed her back against the raw trunk of a large tree. His hands traveled insatiable over the landscape of her body, at once familiar and new. 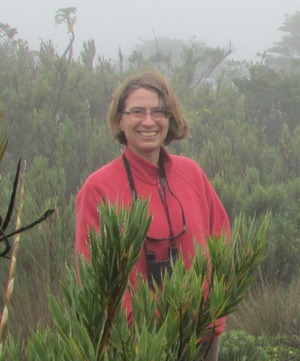 Karin Rita Gastreich writes stories of ordinary women and the extraordinary paths they choose. She lives in Kansas City, Missouri, where she is part of the biology faculty at Avila University. An ecologist by vocation, Karin has wandered forests and wildlands for over twenty years. Her past times include camping, hiking, music, and flamenco dance. In addition to The Silver Web trilogy, Karin has published short stories in World Jumping, Zahir, Adventures for the Average Woman, and 69 Flavors of Paranoia. She is a recipient of the Spring 2011 Andrews Forest Writer’s Residency.

Giveaway! Karin has a $15 Amazon/BN gift certificate for one lucky reader. Use the Rafflecopter below to enter!

I am always looking for new authors to read. You write the kinds of books I really enjoy. This one songs great.
jwisley(at)aol(dot)com

Fascinating blurb and excerpt and the cover is stunning! Fantasy is my favorite genre and I look forward to reading EOLYN.
RC- Tara Woods

Such a stunning cover too.

Thank you for the wonderful excerpt. EOLYN sounds like it will be a great story.

Thank you for the wonderful excerpt. EOLYN sounds like it will be a great story.

I love finding new to me authors and in the fantasy category is even better. Thanks for introducing me to something new.