Time-travelling to the 1990’s (#guestblog #giveaway)

It’s an interesting challenge writing a book set in 1990. In some ways, it’s harder than writing one set in the more distant past. There’s plenty of research material to help you get the details correct for a book set during the Civil War, or in medieval times. And the farther back you go, the less you have to worry about year-to-year changes. The everyday details of life in the year 1300 are not notably different than they are in 1305. You also don’t have pop culture to worry about.

But going back only 26 years is a different matter. I was 20 years old, and a lot of my readers are in my age group or, if they’re younger, they’re still old enough to have clear memories of that era. It’s far enough back that my personal memories are not always clear, or accurate, but it’s recent enough that many people will notice the details. Some of them can be looked up; I’ve got IMDB to tell me that I can’t have my heroine go to a matinee of “Silence of the Lambs” because that movie didn’t come out until 1991. But not everything can be found so easily.

When, for example, did the Internet really become an everyday thing for most people? It was sometime in the 90’s, but I was using email (and CompuServe – remember THAT?) as early as 1987. It’s hard to nail things like that down.

Or cell phones. When did you get your first cell phone? Do you even remember? I honestly don’t. It was the late 90’s, that’s the best I can do. But one of my friends worked in a call center for NYNEX (one of the companies that would eventually become part of Verizon) handling customer service for cell phones in 1989. At least, I think it was 1989. It might have been 1988. Or 1990.

That’s the problem. It’s too close to be able to get away with fudging the details, but it’s too far away to be able to rely purely on memory. And there really isn’t an encyclopedia to consult. Sure, there’s Wikipedia, but it’s not always reliable.

So why did I set my new book, FINDERS KEEPERS, in that time? Why not just set it in the present?

Two reasons. The most important one is that Jane, the heroine is a spinoff character from my Dream Series novels. We see her in the first book of that series, DREAM STUDENT, as a fellow student and dorm-mate of that book’s heroine, Sara. That book takes place in 1990 as well, and Jane is a year ahead of Sara (who’s a junior). FINDERS KEEPERS starts with Jane in her first months of graduate study at the University of Oxford, so in order to maintain continuity, it has to take place in 1990.

The second reason, and it’s also a big reason why DREAM STUDENT was set then, too, is that the general absence of cell phones, and Google and GPS navigation and so forth make both stories a lot easier to write. Both heroines could have solved their problems in about five minutes if they had access to modern technology, and since I didn’t want books that were ten pages long, I needed to find some way to work around that!

(A third reason is that the college Sara and Jane attend in DREAM STUDENT is a very thinly veiled version of the college I actually went to, and that’s when I was there. Write what you know!) 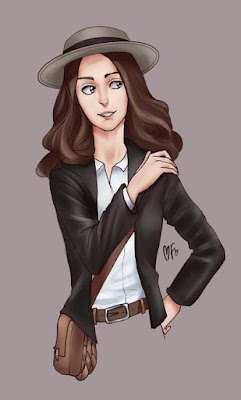 Here’s a very brief excerpt illustrating the similarities and differences of a time that’s not very long ago and yet is a totally different world:

As you can see from the postmark on the envelope, I’m still in England. I have not “washed out” or “packed it in” or, my personal favorite, “come crawling home with my tail between my legs.” How would that even work, anyway? It’s not anatomically possible, even if I had a tail.

I have not been driven mad by the weather, or the thick accents and the different spellings of everyday words, or the inability to watch new episodes of “Star Trek: the Next Generation.” They do actually show it here, every Wednesday night. We all get together in the Middle Common Room to watch. Shows what you know.

Besides, I’m sure you don’t even have a Middle Common Room back there at Cornell, do you? Certainly not one that C.S. Lewis and J.R.R. Tolkien once sat in. I could be sitting in the very same seat that the first draft of one of the Narnia books was written in. Where are you sitting to watch “Star Trek?” Some crummy dorm lounge with ugly furniture that doesn’t match the carpeting, to judge by the photo you sent last month.

FINDERS KEEPERS is available now, on Amazon and elsewhere, both as an eBook and in paperback (and soon as an Audible Audiobook!). What’s it actually about, other than being set in 1990? 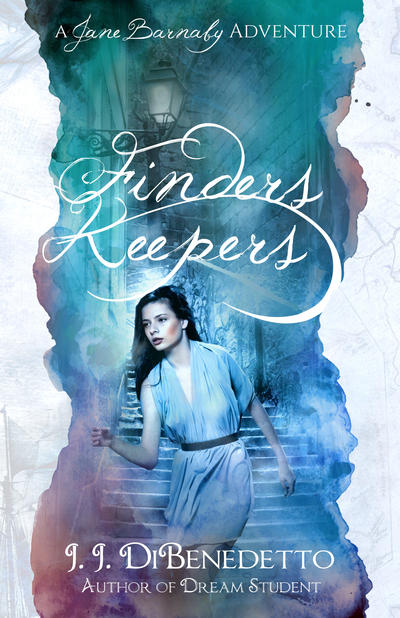 It should have been a simple job. All archaeology student Jane Barnaby had to do was pick up a box her professor needed and deliver it to him at his dig site, along with his new car. Yes, his office was in Oxfordshire, and his dig site was in Spain, a trip of 1,400 miles across three countries and two bodies of water. Still, it should have been simple.

And it was, until Jane discovered she picked up the wrong box by mistake. Not the one with boring pottery samples, but instead the one with priceless ancient Egyptian artifacts. The one that a team of international art thieves is after.

Now she’s chasing – and being chased by – the thieves. And she’s picked up a pair of passengers who claim they can help her outwit them, get her professor’s pottery back and return the artifacts to their rightful owner. If only she could figure out which one of them is working with the thieves and which one she can trust in this high-stakes game of finders keepers.

FINDERS KEEPERS is on Amazon at http://getBook.at/FindersKeepers and you can find links to all other retailers right here: http://writingdreams.net/my-storie/the-jane-barnaby-adventures/finders-keepers.

J.J. DiBenedetto is the author of the Dream Series. He lives in Arlington, Virginia with his lovely wife and Danny, a white cat who’s trained them both. He’s originally from Yonkers, New York. He loves the New York Giants, fondue, photography, travel, the opera and he’s a huge science-fiction and fantasy geek. 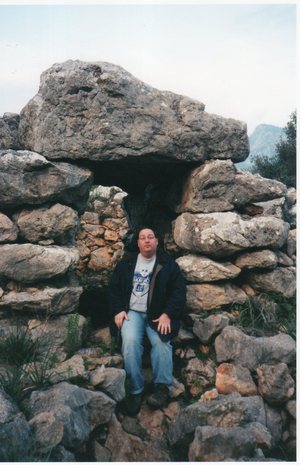 Last, but certainly not least, I have a giveaway! I have a free eBook copy of FINDERS KEEPERS, and also a five-book eBook box set of my Dream Series novels. Just comment to this post for a chance to win!

Welcome back to Beyond Romance. Your latest adventure sounds just as engaging as your previous series. Jane's personality comes through loud and clear, even in that short excerpt.

The new book sounds wonderful! I lived in Oxfordshire for 32 years...so the local colour appeals....as does the plot!

The new book sounds wonderful! I lived in Oxfordshire for 32 years...so the local colour appeals....as does the plot!

What a fun problem you have writing these books. I don't remember when the internet went to every home, but my husband was a programmer so we always had what ever was coming out. We actually got to beta Microsoft Word 1.0 and that didn't actually go to the public til about version 6 or 7. What a trip. I also remember being introduced to the innovative new storage medium where one could store an entire room of data on one record like disc now commonly known as the CD. These days, even that is obsolete. But then, I also remember the rotary telephone and party lines. *sigh*

It was nice meeting you and I look forward to reading your books. Thank you.

Thanks! I hope you'll enjoy them!

Thanks for hosting me today!

When you go back to a time of memory for many people the details do need to be more accurate.

Love the idea of time travel to times I can actually recall!