I know you're all busy, but I wanted to give you a quick update on what's been going on. I promise I won't keep you long! 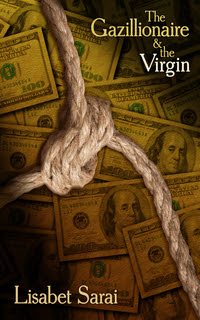 G&V is on sale for 99 cents until the 26th of March, wherever you like to buy your books. So if you're inclined to to snag yourself a copy, now's the time. It's available in print, too, if you're old-fashioned like me.


Meanwhile the new, expanded version of Raw Silk is available now at all bookstores. New reviews are rolling in for that novel, too, like this one from Sultry Steam Reading, or this one from Wicked Reads. Thank you!

You can get Incognito on early download now at Totally Bound, with general release scheduled for April 12th. Both books have brand new new chapters and gorgeous new covers.
Later this spring, I've got a short story in Leigh Ellwood's upcoming charitable anthology, Coming Together: On Wheels. All proceeds with benefit UNHCR, the United Nations agency that works with refugees. Leigh could hardly have chosen a more relevant charity.

Free Reading and Other News

I've added two new stories to my free reading page. My quickie Handcuffs and Hearts is a Valentine's Day story featuring Theo and Rachel, the main characters from The Gazillionaire and the Virgin. Red Eye is a steamy taboo tale about the limits of romance. They're both X-rated.

Actually, I've been thinking I should try to write a sweet romance. That would be a new challenge! I actually have a plot, characters and setting in mind. I want to write a historical romance set during the late thirties, in the golden days of Hollywood. No sex, nothing beyond steamy kisses. Would any of my readers buy that, though?

In fact, my head is reeling as I try to figure out what project to work on next. I have a notebook full of story ideas, but the success of G&V has me considering new directions. Maybe I should do a series that focuses on breaking romance rules! The next one will be titled The Werewolf and the Vampire– -- and the characters won't be at all what you expect!

What do you think? Which project should I put on the front burner? What would you like to see me write next?

Leave me a comment and let me know. I'll give a free ebook to every single person who replies and includes his or her email! Talk about a deal!

Lisabet's Pick of the Month

My March pick of the month is Hans M. Hirchi's blog blog. I "met" Hans through my recent forays in the Twittersphere. He's a gay dad who writes articulate and thoughtful blog posts that go way beyond promo. He also interviews lots of fascinating people. Highly recommended!

Posted by Lisabet Sarai at 7:37 AM

I love paranormal romances so I think the Werewolf and the Vampire is an awesome idea.

I love paranormal, especially when there are shifters involved. Something in that type would be great.

I love the idea of a series that breaks romance rules! I'm so glad you hit the sweet spot with G&V! :D

I think you should do a PNR 'shifter' story based in Asia. I'd like to see the shifter as a woman, and maybe she could change into something less usual than a wolf or bear. Tiger maybe good for Asia - but I'd prefer something like a Komodo dragon!
And she should have a sexual appetite for both men and women :-)

I like the idea of the werewolf and the Vampire Book you are contemplating.
ladystyx @ Spatialfrustration. com

Oh gosh I am so behind as it is, but any would be awesome!I'll take anything you got! mskind81_1999@yahoo.com
Thank you for sharing and the giveaway!

I think the Werewolf and the Vampire idea sounds great!
dvice58@hotmail.com

I'll say paranormal since it's what I mostly read. humhumbum AT yahoo DOT com

Thanks, everyone! Keep those ideas coming!

And don't forget your email address!

Anything you write, I'll read. If you are looking to stretch yourself, a steamy book but no explicit scenes is difficult to do. Kind of like the old Cary Grant or Audrey Hepburn movies that leave everything to your imagination.
Another stretch might be a time travel book. Young innocent from now falls back in time to a very sexual time period and a super dominent highlander/frenchman/englishman/barbarian. You get the idea

Like I said, I love all your work and would read anything you write.

Thank you for the wonderful giveaway.