Loving a man: the courage of a non-hero

It sometimes happens that we writers, who have lived with our characters for months, sometimes even years, discover something very essential about that fictional person we weren’t fully aware of when we were in the process of writing.

Dylan Archer, the main character of In the Privacy of their Home, is a gay man living in the England of the Sixties. Sex between men was illegal. Anti-homosexuality laws don’t exist in a vacuum, but are a reflection of how society thinks about human relationships. Dylan can’t help but internalise this philosophy to the point he’s almost unable to express any kind of feelings out of fear someone might notice “something that is not quite right" He’s one of those gay men who’s able to pass as straight without even trying, and he’s not planning on making the people around him think anything else. In short, Dylan is a man afraid to live life even the tiniest step beyond what he feels society allows.

Then he meets Max, office-help, aspiring artist and all-round cutie. And he does something quite unusual. He not only falls in love (because that is something that can’t be controlled) but he accepts those feelings. He even goes so far as to celebrate them.

Even as this character’s creator, I can only become aware of his quiet courage and admire him for it. As a gay woman of a younger generation (Dylan Archer is born around 1937 and I in 1961) I have a pretty good idea, and not just from the standpoint of an observer, what it means to simply admit to yourself that you’re in love with someone of the same sex and enjoy it too. I know it sounds pretentious, but in a way, writing this kind of stories connects me to the nearly invisible gay men and women of the past.

Being the kind of man he is, and the reality of place and time, Dylan assumes his feelings won’t be reciprocated. But when Max tells him how much he in return is attracted to Dylan on the day sex between men becomes legal (which, I admit is not exactly subtle symbolism) Dylan again proves he’s braver than he ever thought possible. He has the courage to embrace love, to let go when he thinks the time has come, and rethink his sacrifice when it has a different effect from what he intended.

Who knows, he might even get married one day… 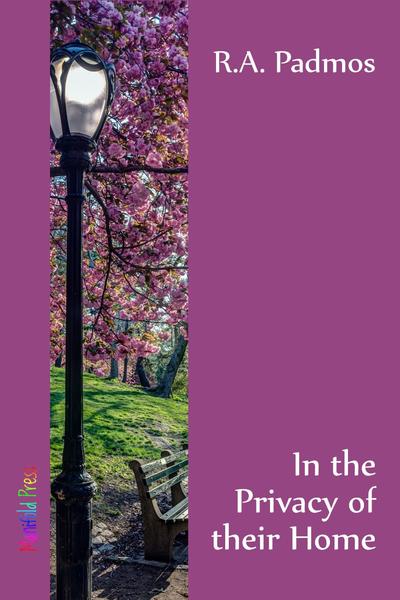 It was half past five and time to go home. The weatherman had been right after all, it turned out to be a lovely day and Dylan enjoyed his short walk to the bus stop. The streets were busy with people leaving the offices and Dylan couldn't stop himself noticing a tall, muscular man with dark hair walking past him …

No, don't do that. You had better look at that girl, the blonde one in the miniskirt - that one, yes. Do it discreetly, but make sure people around you know you're a healthy man with a healthy appreciation for the female form. Now stop it, don't overdo it. That handsome man across the street? Don't even notice him. Blank stare, you've seen nothing. Perhaps he notices you, he might like you, but don't give yourself away. Not to him, not to anyone. Look, another cute girl in a miniskirt.

Dylan’s life is regulated and precise, and as a gay man in the England of the 1960s it’s also necessarily secretive; the law regarding homosexuality may have changed, but unfortunately society’s attitudes are slow to catch up. Meeting Max – younger and less inhibited – is a shock to Dylan’s system; suddenly his world, which has been black and white, explodes into vivid colour. But loving Max is not without difficulty; Max is an artist, talented and ambitious, and there’s no way someone as ordinary as Dylan can hold on to him for long … or is there?

I will give away one copy of In the Privacy of their Home. Simply state in your reaction that you are interested, together with an e-mail address where I can reach you in case you win.

In the Privacy of their Home by R.A.Padmos is available as e-book at:

Find out more about me!

Hello, R.A. Welcome to Beyond Romance. I'm so glad you decided to talk about this aspect of your story. I think we're rather spoiled at this time in history, at least in western countries. We can love whom we want. Actually, though, if you happen to be gay in Uganda, or even Russia, things are at least as bad as they used to be in the UK.

Anyway, thanks for being my guest, and for the giveaway!

Very happy to be your guest.
And yes, there is still so much to fight for. I'm very aware of how incredibly lucky I am.

Thanks for your reaction.

Definitely want to read this!

This does sound intriguing. Please enter me.
debby236 at gmail dot com

Will do. And thanks.

It's amazing how much society has changed over the last fifty / sixty years. I am grateful to be part of a more accepting society.

It does. If anyone had told my wife and me when we started to date, back in 1981, that we would get legally married in 2001, we would have laughed about so much nonsense. But here we are...