I recently went on stage for my very first Bawdy Storytelling: Sapiosexual event, in front of three hundred people—give or take—and ever since then, I have been really thinking introspectively. On the stage I told people that I am a monogamous wife of twenty years, a mother of three, and I’ve only had sex with one man. As I expected, that little confession blew a few minds. I went on to explain that my fantastically driven brain sort of compensates for the lack of sexual partners. I don’t like how that word sounds...compensates…but, then again, maybe that is what is happening. In basic terms.

Ever since my husband and I started podcasting, The Kiss Me Quick’s Erotica Podcast and, The Sexy Librarian’s Blog-cast, we’ve really come into ourselves. We’ve always been sexual people, like most other folks in this world. But before our journey into this new form of exhibitionism, we’d never been able to communicate the way we wanted to or needed to, beforehand. 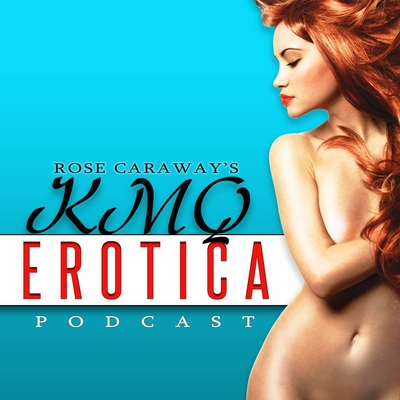 When I first sat down to read my Books and Boners, the very first episode for The Kiss Me Quick’s podcast, I was terrified. Not only was I reading a story for the world to listen to—and honestly hoping that they’d enjoy it, but I was, for the very first time in my life, putting my private words and fantasy out there for public consumption. My husband and I don’t live an “outrageously kinky” lifestyle—except that we kind of do. I know that sounds funny, but being monogamous and the fact that I’ve only had sex with one guy, doesn’t make me vanilla or boring. Truth be told, I could sell tickets to the show that plays inside my brain on a regular basis. I am: gay, lesbian, bi sexual, androgynous, male, alien, seriously perverted and sometimes unapologetically violent, and everything else in between—inside my head. And that is a freeing experience that truly satisfies me.

So, back to the stage performance. There is this thing that happens to erotica writers. Many readers expect that the scenarios written are based on actual fact. That just isn’t true. But we do research—a lot.

As I stood there, the lights preventing me from seeing anyone beyond the first two rows, sweat running down my back, I told the audience of my very first—preciously kept secret fantasy, how debaucherous it was regarding a certain apple, and how writing about that particular fantasy brought it to life between me and my husband. The audience clapped, laughed and roared at my reveal. When I stepped off that stage and headed to the bar for a much needed drink, people approached me in small droves to tell me they were so glad that I spoke for monogamy so proudly. One after the other, my story of Conan the Barbarian and Grace Jones as it pertained to my husband and myself really spoke to these people. Like they had been waiting for someone to step up there and say, ‘Hey! Monogamy rocks!’.

Raising three kids while writing/narrating erotica for a living has its challenges. I can’t tell everyone about it and sometimes it makes me sad. There are so many wonderful adventures happening inside my head and in my life that I want to just sit with my friends and family and tell them all about it. The reality is, I simply can’t. The minute the word cock or pussy trips from my mouth, people get squicked. Maybe it is because they are worried that the sex they are having isn’t as good as they imagine mine is. Which is crazy, because there have been plenty of days where I’ve just needed to fuck and there was no thinking—only the physical need to orgasm. Or maybe some people think it’s silly that my mind works the way it does. In which case, I’d like to tell them, ‘Hey, it works, man.’

On the flipside, doing two podcasts which virtually discuss sex in all its permutations and levels of variety—from the silly and lighthearted to the excruciatingly dark and dangerous, it is easier than I thought it would be, to be so open-minded. My husband and I, we’ve never been closer—on the same page mentally or sexually. We’ve never been this honest with each other or able to talk so frankly. Before podcasting, we were afraid of hurting the others feelings, even scaring them. And with our kids…there isn’t anything we won’t discuss. No topic that is taboo. We certainly aren’t perfect, we don’t know all the answers, but we don’t shy away from conversations revolving around sex and feelings and curiosities. It’s funny, my goal with the KMQ podcast was to get people comfortable with their sexuality, when in fact, it has done that very thing for me and my husband and as a result, our three kids. They don’t listen to the show, of course, because of its “explicit content”, but each, in our own way are leaning to not be afraid or ashamed of sex or our bodies. I don’t censor my brain when it comes to writing erotic fiction, and I don’t want society’s censorships to rule my children’s future selves.

One of the other great things about podcasting, especially with my The Sexy Librarian’s Blog-cast, is that I actually get to talk to some really talented writers. Creative minds who are working toward the same goal of exploring and understanding—getting some kind of a hold on sexuality.
To say that sex is complicated is not only clichéd but it’s also true. It’s so layered and complex and yet it’s this real thing we all have in common, that we don’t talk about as much as we should. Sex, whether we are having it or not, is as important to discuss, as oxygen is to breath and water is to drink. Talking about it, whether as a result of reading it or listening to it, in its fictional form, can be a mini transcendent experience in and of itself, and helps to ease open the door to communicating. I have to chuckle because I didn’t see the effects it would have on me, even though I was the one initiating the thing.

Being up on that stage brought out the desire in me to share with other monogamous and non-monogamous couples that our sexuality belongs to us. We should treasure it and respect it and feed it—keep it healthy. We shouldn’t jealously compare it to others, but stand together instead with supportive pride. In the end our sexuality is a shared experience even though it begins within us individually. When talked about openly and without shame, we become stronger, confident. As individuals. As partners. As parents. As humans. Monogamy doesn’t mean you can’t play like the rest. 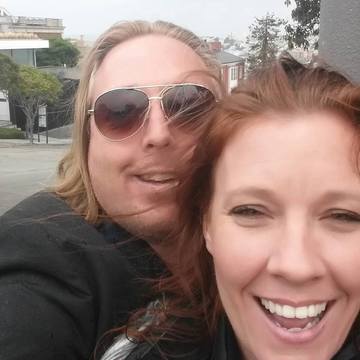 You can find my podcasts here:

ROSE CARAWAY (thekissmequicks.com) is a native Northern California Writer, Editor, Narrator, and Podcaster on the hit shows “The Kiss Me Quick’s Erotica Podcast” and “The Sexy Librarian Blog-cast”. Rose is also a professional Narrator for several Audible #1 Bestselling Erotica Audiobooks, including her latest publication, “The Sexy Librarian’s Dirty 30 Vol.1”, and is the editor of the INDIEFAB Book of the Year Award Finalist and #1 bestselling, “The Sexy Librarian’s Big Book of Erotica”. Although her specialty is erotic fiction, she also has a passion for writing suspense, horror, fantasy, and romance. Some of her influences include Stephen King, Dan Savage, Jean M. Auel, Mia Martina, and Anne Rice.

Rose’s writings prominently showcase her sex-positive approach to life, as well as her commitment to both feminism and masculinism. Being a staunch supporter of the LGBT community, she believes that people of all genders and orientations should be considered complementary and interdependent and are necessary for a truly healthy and functional society. In addition to writing, Rose’s other passions revolve around keeping an active lifestyle, and a deep love of music and its many incarnations. She is immersed in the martial arts and has earned a Black Belt in Kenpo Karate. She also studies and practices, Brazilian Jujitsu, Krav Maga, and Mixed Martial Arts.

Fabulous!
Rose, you are an inspiration.
You give so generously of your time and bring such pleasure to your readers and listeners.
Long live the celebration of sex, desire, sensuality and freedom of expression.
Let it rip!

(and thank you Lisabet for hosting this great guest post)