Cooking Up a Novel

Readers often ask where I get ideas for my novels. My first six books were all historical romances, so many times I would look at the two eras that interest me (medieval times and the American Old West) and go from there.

I’m a native Texan, where the Texas Rangers have always seemed larger than life. Besides reading a few books about the Rangers and scouring the Internet, I also visited the Texas Rangers Museum in Waco to look at all their exhibits and soak up the flavor. The result was Ballad Beauty.

I love visiting San Francisco, so I decided to set another book in that fabulous city. During the 1870s, San Francisco rivaled any large European city in sophistication, with its cosmopolitan culture. I enjoyed researching places that existed then—such as Cliff House—and sending my characters to visit there. That novel turned out to be A Game of Chance. With gambling at the center of events, I researched gambling palaces of that decade and learned all about the various games of chance played.

When I’m plotting, I always play the “What if . . .” game. By asking that question, I came up with the premise for both of my medieval romances. In Music For My Soul, I asked myself, “What if a woman became a troubadour?” In researching The Hundred Years’ War, I thought, “What if a captured nobleman’s family refused to pay the ransom for his release? What would happen to him?” That research and those questions led me to write A Bit of Heaven on Earth.

I switched gears recently and decided to try my hand at writing a romantic suspense. I enjoy reading them, so why not write one?

The research was a little different. I had to go to a dark place and distinguish between psychopaths and sociopaths. I read up on serial killers and stalkers. And then I threw bits and pieces of what I knew into that mix. Things I drew on from my life included:

*Making my hero Nick a writer. He talks about plotting and creating characters (so I used my own experiences for him)

I think all writers toss in parts of themselves no matter what they write, and that’s what I did in Leave Yesterday Behind. Writing sometimes is like creating dinner out of leftovers in your fridge and whatever’s in the pantry. I put all kinds of things into the dish—some I’m familiar with, some I might be combining for the first time—and the end result can sometimes be quite surprising! If it works, great. If not, that’s where revisions come in.

But I guarantee you, in every novel I’ve managed to slip in pieces of me and my past history, along with my research.

You’ll find the blurb and an excerpt from the book below. If you like what you’ve read, leave me a comment with your email address. I’ll give away an ebook copy of Leave Yesterday Behind to one randomly selected person who comments. 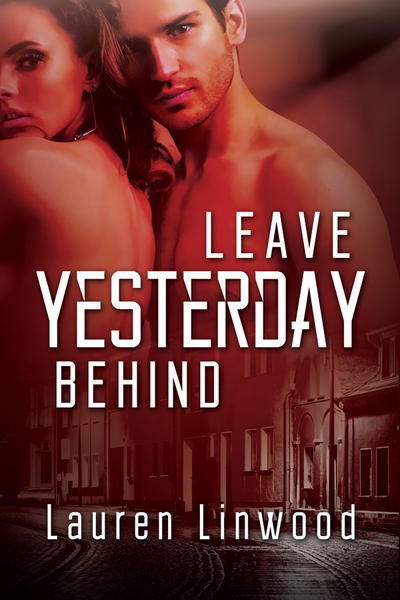 Callie Chennault vaulted to fame on the nighttime soap Sumner Falls, but after a decade of playing the same role, she is ready for a new acting challenge. When Callie is attacked by a stalker on the streets of New York, she takes a leave of absence from the show and returns to her roots in Aurora, Louisiana, to heal both physically and emotionally and determine her next career move.

Former professional baseball pitcher Nick La Chappelle has also come to Aurora to lick his own wounds after a messy divorce. A Cy Young winner and one-time ESPN broadcaster, Nick longs for the quiet of a small town in order to write murder mysteries under a pen name.

Sparks fly when Callie believes Nick is taking advantage of her great-aunt’s hospitality, but they resolve their differences—and surprise themselves by falling in love. Their bond is tested when both Nick and Callie become the focus of a serial killer nicknamed Lipstick Larry. Can they outwit a murderer bent on seeing them dead and survive to build a lasting relationship?

Maybe she should take a cab home. But her subway station was only a block and half away. It would be foolish to stand out in a downpour after nine at night when she could duck in and be on her way downtown in a couple of minutes. Callie liked that people left her alone on the subway. A few sometimes stared at her and frowned, wondering if they’d ever seen her before. Most turned away, not quite able to place her.

After all, she left Jessica behind at the studio every day. No chic clothes, Ravenous Red mouth, or fancy hairstyle. She didn’t often get recognized in real life unless it was a die-hard fan. Even then, most New Yorkers were cool about it and simply ignored her.

She turned automatically and saw a man standing behind her. He was probably the reason she’d had the feeling of being followed. He seemed a little out of breath, as if he’d been keeping up with her awhile. It had happened before. She knew it would happen again.

And always with this type.

He was non-descript in every way—average height and build, brown hair, glasses. Harmless looking. Dopey grin on his face, like he’d hit the lottery because he’d actually had the balls to speak to the crush of his daydreams. She knew enough to be firm. Give him a brief little personal moment, a smile and her signature on something, and get back to her life.

Then a quick flash of John Lennon signing an autograph for Mark David Chapman zipped through her brain. He’d been average, too.

And he’d killed Lennon hours after someone snapped a photograph of them together.

“You don’t look like Jessica up close.” His voice was silky, almost caressing, yet the tone was definitely disappointed.

Her pulse quickened. She took a step back to put a little distance between them and brushed against a brick wall.

“I like to give my skin a rest away from the studio. All that heavy make-up and hairspray can cause a girl some damage.” She kept her tone calm and friendly as she glanced over the man’s shoulder.

No one was in sight.

“I want to see Jessica. She’s my favorite.”

He pulled something from his pocket and held it up. “Put this on. It’ll help. It’s the perfect shade.” He smiled shyly. “I’ll even let you do it. You’re the expert.” He reached out and grabbed her wrist and laid the item in her hand before letting go.

Chills ran through her as she opened her palm. In it lay a gold tube of Jessica’s signature Ravenous Red. 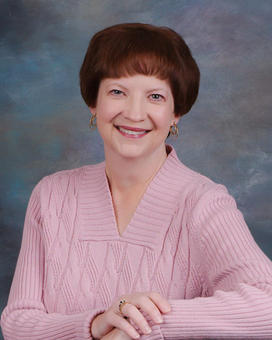 Lauren Linwood’s historical romances use history as a backdrop to place her characters in extraordinary circumstances, where their intense desire for one another grows into the treasured gift of love. Her romantic suspense novels feature strong heroes and heroines who unite to defeat a clever antagonist and discover a deep, abiding love during their journey.

A native Texan, Lauren is an avid reader, moviegoer, and sports fan who manages stress by alternating yoga with long walks. She plans to start a support group for House Hunters addicts—as soon as she finishes her next piece of dark chocolate.

Welcome to Beyond Romance, Lauren. What a chilling excerpt! You've really captured the creepiness of being stalked.

Thanks for being my guest, and for the giveaway!

Enjoyed reading the excerpt and your article about writing ideas. Very informative. I look forward to reading the rest of "Leave Yesterday Behind".
cthrn.lmnsk@gmail.com

Read the excerpt, would love to read the book.

I love reading and am always looking for new authors and books. Thank you.

congrats to Lauren on the new release! I think this sounds fantastic! I've been reading such great reviews for this all over the blogoverse :) thanks for sharing!

Thanks for letting me stop by Beyond Romance today, Lisabet. I enjoyed getting to share a little about my writing journey & Leave Yesterday Behind. Don't worry - Callie's a strong woman. She'll wind up saving herself as much as letting Nick help her along!

I appreciate you stopping b.! My writing ideas come from all over. I probably need to wear that T-shirt I've seen - Beware! You might be in my next book!

Thank you so much! Writing this book was fun because it was something so different for me. My goal is to alternate putting out historicals with suspense novels. So far, it's working! In November, I have a medieval historical coming out, followed by next March and my 2nd romantic suspense! I've also just completed another western and my 3rd suspense. I'm polishing them up to pitch to my editor right now.

I'm like you, Sharon. While I have my tried and true authors I stand by, I'm always looking for new ones. Check out my website, where I have a page for each book. You can read a blurb, excerpt, and a few reviews. Maybe one of those will tickle your fancy! http://www.laurenlinwood.com

Thank you for your kind words, Erin! I really enjoyed writing Nick & Callie's story. They became very real to me. I'd love to sit down and have dinner with them sometime - maybe you can join us!

It is chilling to think of being stalked. Great excerpt and I loved the post. Very informative.
debby236 at gmail dot com

I know what you mean, Debby. I think at some point all women have that fear. As a well known person, Callie has all kinds of crazies that believe they really know her personally and love her. I can't imagine being in her shoes!

I love when authors draw from their own experiences and lives. The books sound more realistic being well reasearched. I am able to identify with places and things I've seen or read about.
Thank you for the great contest.

They say you're supposed to write what you know. I do that...and then make up the rest!

It sounds like a perfect mix of real life experience, good research and your own imagination. Thanks for sharing.
lringel(at)comcast(dot)net

If you want to read about how to protect yourself from creepy stalkers, read "The Gift of Fear" by Gavin de Becker. He owns a firm that protects celebrities, and he's lectured on how to keep yourself safe for years. His advice is particularly appropriate for women, since we're usually taught to be polite above all else. That's what makes us such easy targets.

Thanks for saying so! It's hard to guest on different blogs and come up with something new & different each time.

Appreciate hearing that, Lori! It was a very fun book to write (other than the creepy stalker parts, that is - LOL!).

He's really interesting, Fiona. I've seen him interviewed in his "guard to the stars" role. He does have excellent advice that all women should have access to!

I like a little suspense in my reading material. This sounds great, lol, already gave me the willies.

A great post thank you & I am looking forward to a great read.

Thanks, Deb. At least you know going in that it is a romantic suspense--so that hero & heroine will get their happy ending! Okay, so they'll have tons of trouble with a psychotic creep. It'll just bring them closer together!!

Hope you do give it a chance, Mary!