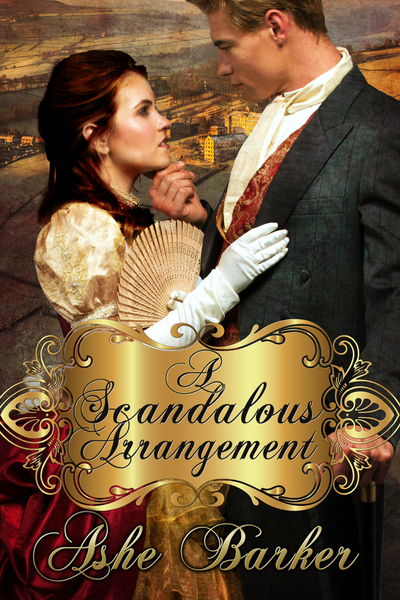 After a foolish wager costs her brother ownership of the weaving mill in Yorkshire which provides her income, Victoria Wynne is left with no choice but to confront the man who took the bet and seek to dissuade him from claiming his prize. Unfortunately for her, that man turns out to be Adam Luke, an experienced, ambitious entrepreneur who is intent on keeping what he won.

Upon meeting her, Adam is enchanted by Victoria’s beauty and charm as well as her nerve and self-reliance. Adam is a man of singular tastes, and when Victoria asks to manage the mill in return for a share of the profits, he offers her a bold proposal of his own. She will continue to run the mill as she has for years, but in return for a substantially larger portion of the profits she will also serve at his beck and call behind closed doors, submitting to him in any way he desires.

Wanting to earn enough money to buy back the mill as quickly as possible—and with some part of her shamefully aroused by the thought of kneeling naked at Adam’s feet—Victoria accepts his terms. But submission initially proves difficult for a woman used to running her own affairs, and soon enough she finds herself bare-bottomed over his knee for a firm lesson in obedience.

Adam’s plans for Victoria run much deeper than just an occasional spanking. She will be stripped naked, bound, and teased until she is aching for release, and then at last he will take her long and hard. As Adam continues to train her, teaching her to yield to his mastery while bringing her more pleasure than she ever thought possible, Victoria cannot help falling for him. But can a lifelong bond truly emerge from such a scandalous arrangement?

He followed her up the stairs, admiring the gentle sway of her perfect little bottom. The fitted skirt she wore was smart and very respectable, if a trifle wilted from her long journey, but it framed her rounded buttocks beautifully. He managed not to reach out to cup those delectable globes, but it took some effort. He would wait though, he had decided he wanted her kneeling and naked before he touched her.

"Left at the top of the stairs. We're in the Alexandra Suite, towards the end of the corridor."

She nodded and proceeded as directed, stopping at the correct suite. The sign beside the door proclaimed this to be the place. Adam leaned around her to unlock the door, then gestured her inside.

He followed her, taking the time to remove the Do Not Disturb sign from the inner door handle and hang it on the outside. He took the further precaution of locking the door behind them.

Victoria stood in the centre of the sitting room, gazing around her. She glanced at him. "This is very nice. And spacious as you said. You have spared no expense."

"No, Victoria, I haven't. I don't skimp on things which are important to me, but I do expect value for money." He didn't elaborate, but he was confident she realised he was not just referring to their accommodations. He strolled across the room to drop the key on a side table. "Would you like to freshen up? I've ordered a dinner tray for later, but if you require afternoon tea that will be no problem."

"I am quite all right, thank you, not at all hungry. A bath would be pleasant though."

Adam wondered if this was a delaying tactic. At the same time as he blessed the modern plumbing which meant the bathtub could be filled without the necessity of a procession of hotel staff parading through their rooms with buckets of hot water. He considered her request for few moments, then dipped his head in agreement. "I'll sort that out for you. You will undress here though. Now."

"Now?" Her voice was a low whisper, and he saw her hands were shaking again as she clasped her fingers around her gloves. He needed to get her past this useless fit of modesty, and quick.

"Yes, now. Do you require my help with your fastenings?" He thought not as her jacket buttoned at the front, but still, it was polite to enquire.

She inhaled, a sharp, determined intake of breath, then, "No, I can manage."

Adam offered her a tight smile before he headed into the bedroom and straight on through to the bathroom where he turned on the taps. When he returned to the sitting room she had got as far as removing her bonnet. He did not believe for a moment that she was deliberately prevaricating, and he appreciated this would not be easy for her. But he also knew her hesitancy would not diminish for drawing out the inevitable. He wanted her naked, and he wanted that without further delay. 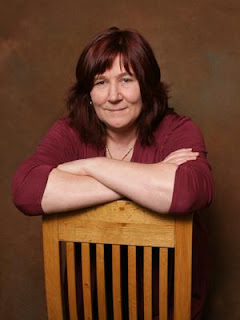 I tend to draw on my own experience to lend colour, detail and realism to my plots and characters. An incident here, a chance remark there, a bizarre event or quirky character, any of these can spark a story idea.

When not writing – which is not very often these days - my time is divided between my role as resident taxi driver for my teenage daughter, and caring for a menagerie of dogs, rabbits, tortoises. And a very grumpy cockatiel.

I have a pile of story ideas still to work through, and keep thinking of new ones at the most unlikely moments, so you can expect to see a lot more from me.

Thanks for inviting me over, Lisabet