Ancient Battles, Modern Times: How ‘Gods Among Men’ came to be

There is a story, common throughout mythologies whose language has Indo-European roots, of a thunder/lightning god who does battle with a great dragon/serpent. The details all vary, but the core remains the same – the storm god takes on the dragon and defeats him. It is tale of order winning over chaos. In Greek myths, Zeus battles Typhon. The Hittites have Teshub fighting Illuyanka. Thor battles with Jörmungandr in the Norse tales. And in Slavic mythology, there is Perun and Veles – Perun, god of Thunder, and Veles, god of the Underworld, who sometimes takes the form of a dragon. It is this myth which forms the basis for Gods Among Men.

The idea came when a call for submissions came out for transgressive divinity-themed erotica. Having an interest in dragons, and particularly Slavic ones, I thought, hmm, well, this might work for it. And because the call specified transgression, it meant I didn’t have to hold myself to the often stringent list of things you can’t do in erotica. I let my mind go wild. I decide that rather than just eroticise the original tale I’d update it and have present day equivalents as the centre, and intercut this with my telling of the original story in ancient days. Both of these gods, after the Christianisation of the Slavs, joined the Christian canon as St Ilya (Elijah) and St Nikolai (Nicholas), so that gave me their names, and from there, I let rip on the transgressive possibilities that two rivals might have, while their mythological history began to bleed in to their story. The sex in this story is often violent, bestial, and always a battle.

I finished it, got a friend to read over it, called it Storms of Ancient Gods, and sent it off. The editors accepted it. I was amazed. It was my second or third acceptance, and when the anthology came out, I was delighted and startled to be in such fine company and among a bunch of stories that were unafriad of the darker, edgier and sometimes frightening sides of sex. Hell, I’d been pleased with what I wrote, but wondered how my work had ended up in the anthology at all, the quality was so high. I had grand hopes for what Freaky Fountain Press were trying to do.

Alas, Freaky Fountain Press closed up shop later that year. We all got our rights back, and Storms of Ancient Gods needed a home. When Forbidden Fiction, with whom I’d already worked for my novella Body & Bow (m/f/m, creative uses of violin and cello bows if you’re interested...) put out a call for stories about gods and goddess, it seemed the right place to send it.

I got the acceptance and was very pleased indeed. Some edits were expected, but I thought it was going to be a simple run through with some minor adjustments to sentences. Straightforward, right?

Wrong. My editor put me to work. Really put me to work. I could see his points, certainly, but it was a massive rewiring job (a metaphor he used, so aptly) to reign in POVs (I’d written an omniscient POV which didn’t quite work), enhance some scenes that really needed more detail (I’ve rarely been accused of waffling – editors regularly ask for more detail than less), hack out the multiplicity of commas (I still like commas but they were definitely excessive) and ease off on the passive construction (I think in my head passive sentences feel more ‘storytelling’ and ‘mystical’ which is why they ended up in there). There was all that to do, as well as add in chapters, and then I had the bright idea of adding in a new subplot. If I hadn’t been aware of how much an editor can influence your work for the better I was now, and in the best way possible, for he made suggestions but also ensured it was always my voice coming through.

Simple? No. A lot of work? Hell yeah. Worth it? Utterly. Storms of Ancient Gods became Gods Among Men (another request was to change the title), and it is one of the stories of which I’m most proud. If you’re intrigued, do read on... 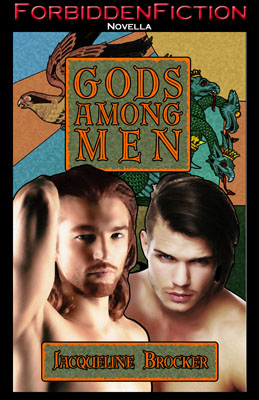 Ilya, self-appointed protector of his Croatian coastal town, hates Nikolai, the one man who has never bent to his will. Meanwhile, the gods—Perun the Thunderer and Veles the dragon god of the underworld—do combat in ancient times. Ilya and Nikolai discover the battles of old may not be so far in the past, and that each of them may be closer to the gods than they could have imagined.

Nikolai leaned languidly against the frame of the window of his second-floor study and watched the bay below, and beyond. The water shimmered with the afternoon sun. Yachts and fishing boats bobbed at the docks, and in the distance windsurfers sped along the Adriatic. Vendors sold cold lemonade along the boardwalk while mothers and fathers pushed prams and held dripping ice-cream cones for their capering toddlers. Three old men sat on a bench: one stared vacant out over the harbour while the others contemplated a chessboard. A pair of teenagers kissed and giggled as they sat on the low wall above the water. Other groups played in the water or sunned themselves on the beach. Nikolai smiled; this was summer at its most perfect, for the day was pleasantly hot, and peaceful.

That was, until Ilya charged along the harbour road in his bright red American Mustang. He parked the car, slammed the door and stomped up the boardwalk. Straight towards Nikolai’s house.

Nikolai narrowed his eyes, glaring down at Ilya. Although he’d been expecting a visit, he ground his teeth together.

There he was: Ilya Gromovnik. The same nick-name as his father, also the namesake of St Ilya. All of them—saint, father, and son—called Gromovnik; that is to say, Thunderer. Ilya Gromovnik, owner of the furniture factory, the largest employer in town, president of the chamber of commerce. So well-respected by everyone in the town for his capacity to employ many people, to be good to them in return for their complete loyalty; for his generous donations to public works (the painting of the town hall, the play parks for children, the new local museum); for his gorgeous, buxom wife Dobrana and that brood of children. How many did the man have now? Six? Nikolai had lost count.

His striking looks aided him too. Ilya was a tall man, his chest square and broad. As he charged along the boardwalk, the sun caught glints of his close-cropped coppery hair and long, neatly kept beard. His features—handsome and with a hawk-like nose—were creased in anger and he walked as if he owned everything that lay before him.

Nikolai supposed in many ways he did. Not only did he have his factory, but he also had his house on the hill that overlooked the town with pompous pride. It was high enough that anyone in the market square could gaze up over the rooftops and see Ilyaʼs home, watching over them all. Like a beloved god.

Beloved. Nikolai snorted. Feared is the better word. For who would dare to cross a man who could make drug cartels scurry away to neighbouring towns with a single phone call, an action the police could not take? Who would fight with a man who, when riff-raff sailors made trouble when they came ashore, would ensure said sailors would be found floating in the harbour the next day? And those who failed to give him proper respect or decided to try and run the town or their business a little differently had felt Ilya’s wrath, and found themselves friendless or destitute.

Lord and protector. In a town where councillors were weak-willed and the police ineffectual, who needed a mayor when they had Ilya Gromovnik?

Nikolai sighed. He was well aware of the power of Ilya’s rage. Well aware, too, that everyone in town knew that he and Ilya despised each other. Even now in the bay below, the teenage girl turned her head. Likewise, a father pushing a pram saw Ilya’s progress; stopped to grasp his wife’s shoulders and whisper something into her ear. The man who’d been staring dumbfounded out to sea started as Ilya passed him, and a child’s ice-cream tumbled to the ground as the kid froze to gaze at Ilya. As Ilya closed the distance, Nikolai could feel and hear—even through the glass—Ilya’s thundering purpose and the hush that fell over the bay. Only the gulls continued to chatter.

They were not business rivals; Nikolai ran a shipping business. He, too, was a member of the chamber of commerce. Longer than Ilya at that—he suspected that Ilya would have blocked his application had Ilya been a member first. However, he kept a number of smaller operations running that the upright and self-righteous Ilya would have loved to have seen abolished. His dance club, for instance, which on paper was perfectly legal, but where Nikolai well knew all kinds of licentious and illicit behaviour took place. His patrons—mostly tourists, male and there for other men—as far as he was concerned, were dancing and embracing the joys of life. Nikolai turned a smirking blind eye to what else besides dancing went on there.

Someone at the chamber told Nikolai he was surprised that Ilya hadn’t run him out of town yet. Nikolai had only grinned. Ilya probably would have if not for Nikolai’s generosity: people in need of loans found themselves with a discreet envelope slipped through the door. Builders would arrive at a storm-damaged house and do the repair work, refusing payment and shrugging when asked why they had come. No trumpeting, no fanfare, but Nikolai was aware that his name was mentioned. He’d have preferred otherwise, but secrets were a near impossibility to keep.

The only kept secrets he knew were the ones between himself and Ilya.

People left in Ilya’s wake, quickly packing their bags and rushing up the beach. On the horizon, dark clouds began to gather, the signs of a sea-born storm, bringing with it a suffocating heat.

Nikolai sighed, rolled his shoulders back, and stood up straight. For all his irritation and hatred of Ilya, this meeting was unavoidable. Inevitable. The wheel that had been set in motion since they were children was now rolling towards a climax that neither of them could ignore.

Buy link: http://forbiddenfiction.com/story/jb1-1.000192/ - This takes you to Forbidden Fiction’s website and has content notes, and a link to purchase either directly from FFP or to your preferred supplier. 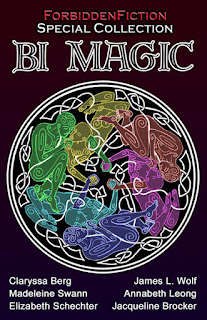 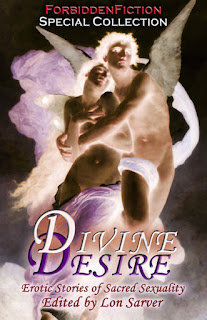 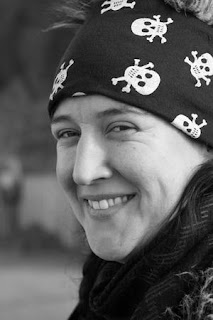 Thanks for having me Lisabet!