Conflicts and Catalysts: Exploring Self-Awareness in Story and Life

When I was in junior high, I learned in English class about the three basic types of conflict in story: person vs. person, person vs. nature, and person vs. oneself. 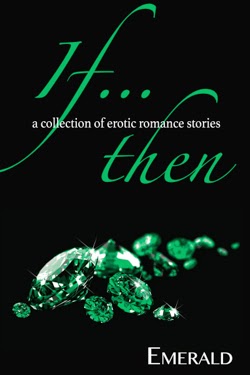 As I've contemplated this, it has occurred to me that the foundation of this intangible energy is that the “conflict” in each story is almost always in the "person vs. oneself" category. Even if there appear to be other issues or conflicts, this is the ultimate one that drives the narrative arc.

I have said before that in my perception, the importance of self-awareness can hardly be overstated. It may be partially due to this that "person vs. person" conflict doesn’t really resonate with me at this point. I don’t remember the last time I wrote an antagonistic character. This isn’t because I don't think such perceptions are part of experience sometimes but rather because I don’t want to emphasize things like vengefulness or unkindness or to perpetuate (what I see as) our tendencies to project onto each other without realizing it (which, as I see it, is where things like vengefulness or unkindness tend to originate). They just aren’t things I generally find on my radar screen at this point.

Person vs. nature, to me, has much relevance as a potential conflict realm (in Safe, "On the Rise" could arguably be seen as written around this one), but I think that in my perception, even if such is occurring, one’s internal perspective is an essential force in what that person perceives and how he/she/they behave—bringing it once again back to person vs. oneself. Truthfully, that might be the gist of it: it seems to me that one's inner landscape and level of personal consciousness is really the ultimate “conflict” in all circumstances—that regardless of what is happening, that is what it invariably comes down to. So perhaps I just want to cut to the chase. ;)

In exploring this in my characters, I admittedly don’t always think about it in terms of “conflict." I definitely don’t start writing and think to myself, “What is going to be the conflict in this story?” This may be because this kind of conflict naturally arises in characters since we all have our internal issues and unconscious patterns. These tend to be the things that interest me, both in life and in writing, and they are, more often that not, what drive or at least underly almost any fiction I write.

Since sexuality is a foremost topic of interest to me, it frequently serves as the catalyst for the deeper discovery of my characters' internal struggles and/or ways to heal them. Some stories in If… Then and Safe express this more overtly than others, but all of them involve it in some way, whether the growth and/or exploration are on the part of the narrator him/herself or another character(s) seen through whatever point of view the reader is witnessing.

While it may seem a tall order (or even wishful thinking on my part!), it is the case that ultimately, I write these stories from this place to invite an expansion of awareness, especially self-awareness, in the reader. Particularly in the context of sexuality, this has long been the overarching reason I write what I do. It is both my hope and my perspective that If… Then and Safe, my first two single-author books, exemplify this aim. 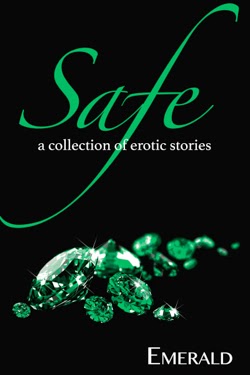 By the way - I have a $10 Barnes and Noble gift certificate to give away to one reader. Just leave a comment which includes your email address. I'll randomly draw a winner on December 2nd.

“To Make It That Way” shows older woman Cole taking young Zack on a seductive and wild ride, exposing him not only to a considerable sexual education but to more subtle life lessons as well. “Power Over Power” channels the intense energy of a martial arts session, while “Hers to Keep” offers Leslie a surprising lesson in so-called “casual” sex.

Ericka felt her cheeks flush, and Sam raised his eyebrows. Caught now in the inevitable awkwardness when this wasn’t handled correctly, Ericka ducked her head. Before he could ask a question, she spoke.

“I actually prefer not to have other people make me come.” She shrugged, her voice sounding casual even to her ears. To her, it was a casual revelation, though it had never failed to surprise everyone she’d told. Still, in most cases it hadn’t been an issue—once she said she’d rather just be fucked, most men had acquiesced.

Sam smiled a bit incredulously. “Why on earth would you not want to come?”

“I didn’t say I didn’t want to come. I just don’t like for other people to do it for me.” Ericka smiled, trying to keep her tone light. “I can make myself come just fine. Getting fucked is what I prefer. I can’t do that to myself—I can’t hold myself down and fuck myself hard like I like it.” Just saying the words made her breathing change, and she willed him to jump on her and do just that.

Her narration appeared to have a similar effect on Sam, who shifted a bit as his cock twitched. “Well, I would certainly love to do that for you.” His voice was low, and she felt the moisture increase between her thighs at the look in his eyes. “Do you mean though that you’d like to get yourself off first?”

Sam looked perplexed at her hesitation, and she tried to ward off the impatience she felt. She just wanted him inside her. She said as much, and Sam gave a soft groan as he reached to grip his cock lightly.

“Show me,” he said, nodding to her as he slid his hand slowly up his shaft. “Show me how you come first. Then I’ll hold you down and fuck you till you can’t see straight.”

With that promise on the table, Ericka needed no further convincing. She fell back against the leather and reached between her legs, not surprised to feel the moisture dripping there. Her finger landed on her clit, and she pressed firmly.

It was striking how different her own method of making herself come was from what it took for someone else to bring her to orgasm. When she got herself off, it was rough, fast, no-nonsense—much like how she liked to be fucked. Solid pressure, firm rhythm, single-minded aim. With Sam watching, she began this ritual now, holding his gaze as she gasped and arched her back at the helm of her own fingers.

For a man to make her come, he could only barely touch her. Careful. Gentle. Delicate even.

Rarely did she allow it. 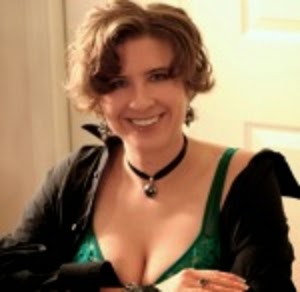 Thanks for the opportunity to win. And happy holidays to you and yours.

Sounds like a great read, especially when iread it to my hubby

Welcome to Beyond Romance, and congratulations on the release of your two collections.

The stories that interest me most are the ones in which the characters come to new realizations about themselves. I'm working on one right now, about an encounter between a wealthy but dissatisfied stud and a homeless young woman who saves his life. The focus is mainly on the male protagonist. He doesn't realize how miserable he is, or why, until he gets to know Daisy.

sounds fantastic! Thanks for such a thoughtful post! Congrats on the new release!
efender1(at)gmail

Congratulations on the new release. It sounds like Erika really has person vs oneself conflict.

I do like the covers and how they work with your pen name. I have a feeling Sam is going to change how Erika comes with a man.

Congrats on your collections! Oh boy, I enjoyed the snippet you shared... thanks for sharing!
greenshamrock at cox dot net

Opportunities like this don't come around all the timer. B &N isd my favorite book store.

Congrats on your new release. It sounds like a fun read.

Congratulations on the new release...sounds like it will be an interesting read...

Hi everybody, and thank you so much for coming by! I really appreciate all your lovely words. I'm a little late getting here today, as we were doing belated Thanksgiving hosting here today. :)

B&N is my favorite bookstore, too, Sharon! I'll be drawing a random winner Tuesday. Thank you all so much again for being here!

Thank you, Lisabet, and thank you again for hosting me. It's an honor to be here.

"The stories that interest me most are the ones in which the characters come to new realizations about themselves."

Yes, I feel exactly the same way. Does your story have a publisher and release date yet, or is it something you're still working on before pitching/submitting? I hope I get to read it sometime!

Thank you so much again for having me here today. :)

The winner of the gift card is Anne! Thank you again to everyone for coming by, and thank you to Lisabet for hosting me. :) Anne, I'll be sending you an email.

All best to everyone. :)

Lisabet your own story sounds like the plot from the 1990 Richard Gere / Julia Roberts movie, Pretty Woman. Did you finish your project?