A Visit to The Vineyard

I’m delighted today to welcome Michael Hurley to Beyond Romance. I’ve got a few questions for Michael. Then he’ll share the details about his new novel, The Vineyard. This post is part of his blog tour for the book. See the Rafflecopter widget at the end to enter his giveaway.

Lisabet Sarai: Any weird things you do when you’re alone?

LS: What is your favorite quote and why?

Think about it. We’re all so busy trying not to make waves, and we tend to resent the wave-makers, but without them we’d all be stuck in the middle ages.

LS: What is your favorite ice cream flavor?

LS: What are four things you can’t live without? 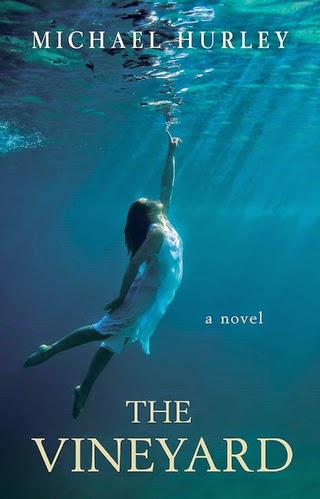 Ten years after college, three very different women reunite for a summer on Martha’s Vineyard. As they come to grips with various challenges in their lives, an encounter with a reclusive fisherman threatens to change everything they believe about their world—and each other.

Climbing up the dune, she stumbled from little avalanches of sand that slipped beneath her feet. The boy caught her and pulled her up. His hand was smooth and warm and young. It felt good to her to hold a boy’s hand again.

At the top of the dune, the salt air swept over and around her face and hair. The ocean was shimmering, limitless. There was nothing around them but the sea and the wind and the sand—which is why she had come to this, her new favorite place on the Vineyard. Only today she was going to have to share it with a gangly skinflint of a boy who stood there still grinning at her, the wind tossing a lone, blond cowlick back and forth on top of his head like a bobble-head doll.

Perhaps he expected another kiss. She assured herself he wouldn’t be getting one. After all, she had grown better at restraining her impulses in the two months since that first ferry ride.
“I thought you’d be married and off on your honeymoon by now,” Charlotte said, glad finally to be back on offense after nearly rolling down the dune.

She made a point of not looking at him. Teenage boys with racehorse metabolisms and zero body fat were very fond of not wearing shirts, and while the cheerleading squad down the beach probably found that exciting, Charlotte thought it was important that she not appear to agree.

She kept looking out to sea as she spoke, as if the water were far more interesting than the boy or what he might have to say, which in truth it was not. When the silence became awkward, she turned to see if he were even paying attention. He was staring off at the horizon. She followed his gaze.

In the pause that followed, it became clear that the story, long or short, was not likely to be told. Charlotte sensed a wound that was something more than shyness. It provoked an unwanted and involuntary surge of maternalism in her.

The boy looked at her and took her hand for the second time. He did not complete the introduction but simply held her hand in his. He wasn’t coy; it just didn’t occur to him that his name was at all important to her.

In his bare feet he was not as tall as she remembered, and he seemed younger. He wasn’t a child, but he couldn’t have been older than twenty-two, if that. Separated from the rough girl who had been hanging on him on the ferry, he looked less like a greaser and more like a California surfer. The difference somehow mattered to Charlotte. It felt weird that it mattered.

She hadn’t intended to be his company, nor had she asked him for his, but the top of the dune was not wide. When she wandered away the few feet it allowed and spread her blanket, he followed and sat beside her. He offered a half-empty bottle of spiced rum she hadn’t noticed he had been dangling from his left hand. She didn’t usually drink that early in the morning—or to be more precise, she never did—but somehow she sensed this wasn’t the time or the place to accentuate the differences in their ages and manners. She wanted to hear his story, and she wanted him to feel free to tell it.

Still, he said nothing. Instead, he sat next to her and peered out at the sea as if they were an old married couple, silent and content merely to have each other’s company.

The voices of the others rose and fell periodically on the air, coming from fifty yards away in the direction of skiff down the beach. That the boy’s friends didn’t seem in a hurry to join him suggested that they, too, knew he needed some space. Charlotte could hear them laughing and groaning and grunting, trying to pry the keel of their boat out of the sand with the help of the tide that slowly rose around it.

She leaned back on the towel and continued to follow the boy’s gaze out to sea. He had an odd intensity about him, as if he were expecting something was about to happen out there—a missile launch or mermaid eruption or something. On the third pass of the rum, he turned to look at her.

“We were supposed to be having a baby,” he said.

“The girl and me—the one you saw on the ferry.”

“And nothing. She lied to me. I heard about it from one of her girlfriends who called me from back home. Said she couldn’t keep quiet anymore. That she felt it was wrong. She said my girlfriend wasn’t pregnant—never had been. She just made that up to get me to take her away from her old man. Not that I can blame her. He used to beat her . . .”

Charlotte had not forgotten the girl’s blistering right hook, and now she realized where it came from. She must have given the old man as good as she got.

Charlotte said nothing, which didn’t seem to faze him. “A damned lie,” he said again, looking back toward the sea.

“Is that why you were getting married?”

“She must have thought so, but I would have married her anyway—baby or no baby.”

“And so now you’re not—getting married, I mean?”

“You can’t build a marriage on a lie,” he said, looking at her with an expression of surprise, which she took to mean that he would have guessed someone so much older would have been a little wiser.

Charlotte let the proverb hang in the air. It was true enough, in theory, but in reality her own marriage and, she had come to believe, a great many others—perhaps even the majority—were rather elaborately built on a foundation of lies. True love was a myth, as far as she was concerned.

“I do, but I was …” She started to explain her bizarre conduct on the ferry that she realized, as soon as she began, made no difference to anyone now. He cut her off.

“Truth is, apart from wondering why you was such a damn lunatic and where the hell you had come from, I didn’t need to think about it. In fact, I was pretty excited about it. That’s what I guess you didn’t know—and how could you. I’m sure I looked like just a punk to you.”

“Still do, actually.” She said this to be witty and cute, which it was not, and which alarmed her, as if her mouth had suddenly detached itself from her brain. She regretted the words as soon as they were spoken. Another lie told to the poor boy. He seemed rather Byronesque to her, in fact, and not at all like a punk, but she didn’t think he would understand why, so she left it.

“I was excited to be a father,” he continued, indignantly. A tear rolled down. He was struggling to keep his emotions in check. She had had no idea. She felt suddenly even more mortified at her glibness a moment ago.

It was either the best or worst of all possible combinations, depending on the eye of the beholder. Here was this painfully earnest boy, wounded and still suffering at the hands of a conniving and thoughtless girlfriend. Here was this older woman, herself conflicted and out of touch with her own feelings about love and sex and marriage. Between them was a half-empty bottle of rum, and all around them was sunshine and the sea. 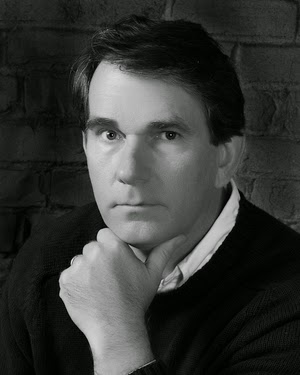 Michael Hurley and his wife Susan live near Charleston, South Carolina. Born and raised in Baltimore, Michael holds a degree in English from the University of Maryland and law from St. Louis University.

The Prodigal, Michael’s debut novel from Ragbagger Press, received the Somerset Prize for mainstream fiction and numerous accolades in the trade press, including Publishers Weekly, Kirkus Reviews, ForeWord Reviews, BookTrib, Chanticleer Reviews, and IndieReader. It is currently in development for a feature film by producer Diane Sillan Isaacs. Michael’s second novel, The Vineyard, is due to be released by Ragbagger Press in December 2014.

Michael’s first book, Letters from the Woods, is a collection of wilderness-themed essays published by Ragbagger Press in 2005. It was shortlisted for Book of the Year by ForeWord magazine. In 2009, Michael embarked on a two-year, 2,200 mile solo sailing voyage that ended with the loss of his 32-foot sloop, the Gypsy Moon, in the Windward Passage between Cuba and Haiti in 2012. That voyage and the experiences that inspired him to set sail became the subject of his memoir, Once Upon A Gypsy Moon, published in 2013 by Hachette Book Group.

When he is not writing, Michael enjoys reading and relaxing with Susan on the porch of their rambling, one-hundred-year-old house. His fondest pastimes are ocean sailing, playing piano and classical guitar, cooking, and keeping up with an energetic Irish terrier, Frodo Baggins.

Visit all the stops on Michael's tour, for more chances to win:

Welcome to Beyond Romance, Michael. Thanks for being my guest. I wish you much success with the book and the tour!

I'm going to have to pre-order The Vineyard. That excerpt hooked me...excellent writing!

I enjoyed the excerpt and can't wait to read the book.

Thanks for the interview. I don't think I've ever had wedding cake ice cream, sounds good

I REALLY loved this excerpt.

congrats to Michael on the new release! This sounds fantastic! Thanks for sharing!

Great excerpt and thank you for the interesting interview.

I enjoyed reading the comments. I am always looking for new authors to read. This book sounds like the kind I really enjoy.
jwisley8@me.com

Enjoyed the interview! Thanks!

Thanks for sharing the book with us! I enjoyed the emotional excerpt.