You’re My Heroine, I Hate You


I have a problem that no non-writer can understand. Believe me, I love to write; I love to invent characters and weave storylines around them. But nearly every story I write has a character who is a complete pain in the arse.

Not to the other characters, I might add. To me. I have a positive genius for coming up with characters who are a nightmare to write. They will be so tightly wound that they give me a headache, so secretive that they never talk about themselves, or so shy and virginal that having sex with the hero seems an impossibility. And yet I came up with them myself. I can’t complain, but I do anyway.

In my first novel I had a hero, Ash, who was a college jock on a football scholarship, more accustomed to punching a wall than expressing his feelings. He was a great character, described by one reader as “a hero to die for”, but his inarticulacy meant he was a real struggle to write. With him the “meaningful silence” became something of a mantra – it was all about what he didn’t say.

My latest WIP involves a heroine who is quite unbelievably uptight. With a fierce control over herself and a feeling of righteous anger against somebody she feels has wronged her, she is unrelentingly stiff and unbending. It works for the story, but God, writing her is hard work. Her inner life is quite well developed, primarily because in dialogue she hardly ever reveals anything, but since she has to fall in love with the hero, I have to find ways to break down her walls.

Her roommate – which is the nearest she has to a best friend in this particular situation – isn’t much help, since for various story-based reasons she spends a lot of time sulking. So I resorted to plan B – alcohol. No better way to make a tightly wound heroine relax than by getting her drunk, right? At least then maybe she’ll talk to people instead of being a first-class bitch.

Well, maybe. But then I’m an erotic romance writer. If I have a heroine who’s uptight, I need a hero who can loosen her up. If I have an inarticulate hero, I need a heroine who inspires him to express himself – within reason, anyway. If Ash had started spouting poetry I think I’d have collapsed. But this is what we do – we take characters who play off each other to build chemistry. That’s part of the fun of being a writer, after all. So my WIP hero is one of those sexy-yet-arrogant smart-arse types who likes to prod reactions out of my heroine and make her laugh against her will. Of course, they both like to be in control in the bedroom, so that will be a challenge and a half to sort out.

Why do we make our lives so difficult? Why can’t I just come up with nice cooperative characters who don’t have all these hang-ups, who fit together nicely in the sex scenes and who know what to say and when to say it? Instead I end up with people who can’t talk to each other properly, while my antagonist runs riot all over the page and begs for more page time. Yeah, I know you’re fun to write, Bad Guy, but you’re not allowed to win. I’m busy here – forcing a hero and a heroine to stop doing weird things and behave themselves.

Maybe I should stop creating characters from scratch and develop them according to kinks. I had a great heroine once whose initial personality trait was a fetish for being drenched in water. As it was a short story, it was fairly easy to build around that. But for longer stories I always start with the characters and see where their kinks form afterwards. It can make for some interesting scenarios, but also runs the risk of stubborn personalities getting in the way of my plotting and causing me to bang my head against the desk.

Well, the hassle my current WIP heroine is giving me has led me to one conclusion about her sex scenes – I’m going to give her a good spanking. The amount of grief she’s caused me, she deserves it. (Funnily enough, a lot of my solutions to this problem involve my characters’ bottoms. My inarticulate hero became much more articulate when I had his girlfriend don a strap-on and fuck him in the arse.) Maybe the experience of lying across the hero’s knee and letting him discipline her will stop her being such a control freak and let her enjoy herself for a change.

Or maybe she’ll finish off the session by leaping on top of him. That could work too.

At least my most recent story has a simpler heroine, although she has problems of her own… 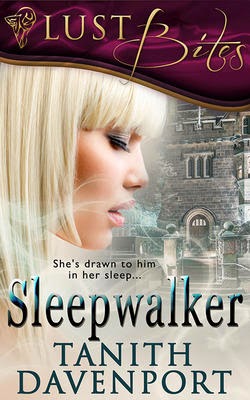 Tally Haslam has too much to deal with. A herbalist and aromatherapist, her latest creation - an aphrodisiac potion - remains in unsaleable condition as she has nobody to test it with. And, much to her annoyance, she sleepwalks.

Hoping to get away from it all for a weekend, Tally travels to nearby Madigan Hall for their yearly Paranormal Evening—but on the first night she wakes up outside the bedroom of another guest: Kyle Hunter, who has chosen to pleasure himself with the door open. Tally escapes without being seen, but is unable to get Kyle out of her head—especially when she finds herself at the same table at him the following evening.

However, Tally's world is turned upside down when, at the paranormal dinner, she encounters the ghost of the Blue Lady, who seems determined not to leave her alone—and shows a disturbing penchant, when Tally sleepwalks again, for leading her astray…

As soon as she opened her eyes, she knew it had happened again.

The hallway was dark, the only light source a moonbeam that fell through a nearby window. She felt carpet beneath her bare feet, her silk nightgown brushing against her ankles. The air was still, cool, and silent. The building was asleep.

Damn it. She knew this had been a bad idea.

A soft sound behind her made her spin round, her dark hair slapping against her shoulders. A crack of light glowed at the end of the corridor—a door had fallen ajar. She could hear something from within, quiet noises that sparked a memory at the back of her mind.

Tally turned on the spot and looked around her. The place was familiar, and she bit her lip in frustration. Her room was near here, but there was no avoiding it—she would have to pass the open door.

A metal object knocked against her ankle as she moved, and relief flooded through her. At least she still had her room key. As quietly as possible she made her way down the corridor, pressing close to the opposite wall as the open door drew nearer.

The urge to glance through the doorway was irresistible as she passed. A figure was visible, and she paused—

The first thing she saw on the bed were a pair of feet, splayed to reveal tanned legs leading up to a muscular, naked male body. Dark hair spread on the pillow and, lower, drew a happy trail from a defined chest down, down, down to the hollow of his groin, from which rose a solid erection wrapped in one firm hand. His face was barely visible, but what she could see was twisted in a rictus of pleasure as his hand glided up and down, up and down, up and -

Tally knew she should go, but her body remained inextricably pressed against the wall, her gaze fixed on the vision in front of her. She tightened her fingers in the folds of her nightgown, breathless, conscious of the heat growing in her gut and the wetness slowly building in her centre.

The gasps from the room gradually became deep, masculine moans. She could see the muscles in his thighs flexing, see the heavy mass of his balls tightening. He was close, very close, and warmth bloomed within her as she watched, all thought gone from her mind except the sight of his pleasure, the rounded curves of his arse, the jerking of his hips as his hand moved faster, faster—

Then he groaned, spasmed, and spurted his release high, droplets spattering his chest. Tally closed her eyes in sympathy, struggling to control her breathing.

If she left now, he might not hear her. She turned and bolted down the corridor, running on her tiptoes, hastily scanning the darkened space for the turning that led to her own room.
This could not happen again. 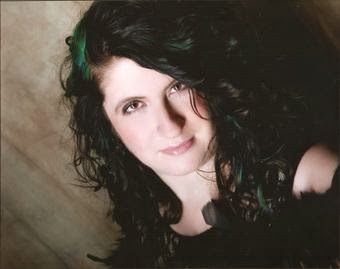 I live in Yorkshire with my husband and two extremely bratty tuxedo cats. When I'm not writing I spend my time watching horror movies, listening to rock music, travelling to new places and trying out new restaurants.

Thanks for having me on here!

You're right, there's nothing like a good spanking to get a character to shape up!

I share your frustration, Tanith! I always get the difficult ones, too. They bug me incessantly until I get it right!

Sounds like an intriguing story. Love the cover too!