Why Ad Agencies Hate Me

First, thanks to Lisabet for hosting me today.

Now that Super Bowl and the hype around the commercials are over, I have a confession to make.

It's the commercials I don't care about.

Let me get something off my chest right away. I HATE commercials. I don't watch TV anymore because of commercials. On the rare occasions when I do watch a show, I get up and find something else to do while the commercials are playing. You'd be surprised how much housework I can get done in a limited amount of time. And my dearly beloved got tired of me picking apart commercials while they were on.

Now, there's a good chance I'll watch on or two of the commercials created for the Super Bowl on YouTube. After all, they tend to be better than your average, run-of-the-mill ad. A few are actually humorous and might make me giggle. But what are the chances that watching any of those commercials will make me want to run out and buy the product?

Because it gets much worse.

I spend a lot of time on a computer. You know all those annoying ads on the tops and sides of web pages? I don't. I mean, I know they exist. But I've trained myself to ignore them, even the ones that flash brightly. I just don't see them. And the chances that I will click on one of them? Zero. Zed.

I've been surfing the Web since the days of dial-up and BBS's. Yes, I'm that old. Not once have I bought anything from an ad on the internet. If I want to buy something, I'll go out and do my research on it, but an ad has never convinced me to buy anything.

I am an advertisers worst nightmare. I am an anti-consumer. But that makes sense, because I'm an old-hippie chick and material goods are not my biggest priority. I'd rather spend money on a camping trip in the mountains or a night out with old friends than some fancy gadget for my kitchen that I might use twice.

With one exception. Books.

I'll actually buy books I see recommended by acquaintances on Facebook or on Twitter. I've expanded into buying books I see on blogs and other websites. I'm pretty open to genre as long as it promises to have a good plot. I use to be one of those people who clung to paper books - I still have two bookshelves stuffed full - but I like being able to buy an ebook from the comfort of my easy chair and and start reading it immediately. I do miss the act of holding a book in my hands and physically turning the pages, but I've learned to be flexible.

Which puts me in an odd place, because I'm going to try to sell you my book now. It's called Wolves' Pawn and it's the story of Dot McKenzie, a lone wolf-shifter on the run, using everything available to her to stay one step ahead of her pursuers. When she is offered a chance for friendship and safety with the Fairwood pack, she accepts.

Gavin Fairwood, reluctant heir for Fairwood pack leadership, is content to let life happen while he waits. Old longings surface when he appoints himself as Dot's protector and becomes more than a friend.

Dot goes into hiding again when her presence puts the pack and her new friends at risk. When those same forces threaten the destruction of the Fairwood pack, it will take the combined efforts of Dot and Gavin to save it. But can anything save their love and Dot's life when she becomes a pawn in a pack leader's deadly game?

And here's a short excerpt from the book. Dot is telling Gavin and his friend Dmitri about her first experiences as a shifter. 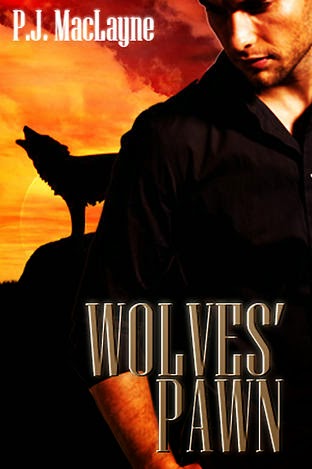 She sat on one bed, and sipped her coffee while the two men sat opposite of her on the other.

“First time I shifted I was eighteen. I was running away from my aunt's house for reasons I won't get into. I thought I got a bad cramp, and found myself running faster and easier than I ever thought possible. When I finally got tired, I laid down under a tree to rest. Woke up in the morning miles from home, cold and completely naked. I stole some clothes from a farmhouse to wear home. Had no idea what happened. Thought I was hallucinating or something. Wondered if I should check myself in to a mental health facility.”

“The next time it happened, I was being hassled by some guys when I was walking home after work one night. Got that cramping again as I tried to fight them off, next thing I knew they were running away. Went to look at myself in a store window and saw a wolf.” She smiled. “Freaked me out. When I realized the wolf was me, freaked me out even more. My clothes were in shreds on the sidewalk, but I figured it didn't matter. Got my house keys out of my pocket with my mouth and trotted all the way home. Hoped people would think I was just a big dog. Seemed to work too. Fell asleep in the yard of my aunt's house, and in the morning, when I had changed back to human form, snuck in and got dressed without ever being missed.”

“After a couple more incidents, I realized I had to learn to control the changing before I hurt someone. Plus, I think someone was watching me even back then. So I left my aunt's and set off on my own. Took a lot of work, but I have it mostly under control. Now if I could just figure out who is chasing me and why.”

Sounds good, doesn't it? You can buy it from Amazon right now, from the comfort of your easy chair, or your desk chair, or wherever you might be at the moment, because you have an internet connection. Here's the link. http://www.amazon.com/dp/B00HVDD1G4 (US)

In case you're interested in a little bit about me, here it is. I'm a computer geek by day and a writer by night. I grew up amid the rolling hills of Pennsylvania I love to set my stories in, but I currently make my home in the shadow of the Rocky Mountains. I can be found on Facebook at https://www.facebook.com/pjmaclayne or on Twitter @PjMacLayne. 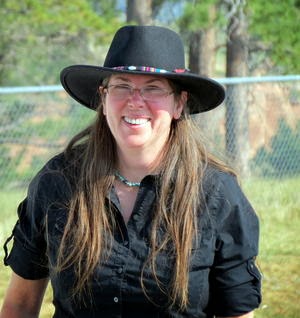 Welcome to Beyond Romance! Sounds like a great book - Dot has a very engaging voice.

And I'm with you on the ads. I just ignore them!

I'm rather fond of Dot. She taught me a lot as I was writing her story.