Remember the children’s table at family events? Lately it seems as though all the adults I used to turn a green-eyed gaze upon are now dropping dead. Case in point: One of my favorite cousins, who lived in a luxurious beach house in Malibu, CA, kicked the diamond-encrusted bucket. Before her departure, she and her stunning son had recently visited Croatia. Harriet always traveled first-class and Ben was always elated to join her.

While on vacation (she didn’t need to work so life was a constant holiday), Harriet began waxing poetic about her own funeral. Did she have a premonition, perhaps? She announced she wanted a FUNeral (spelling’s the same~accent on fun) so that people attending would celebrate her life. Who knew that less than a month later her words would become true?

Her husband graciously offered me a plane ticket (economy not first-class) and I went west. The affair was held at the local yacht club where the widower docks his very big boat. People voiced their thoughts about Harriet—all spectacular of course. Afterward, everyone gathered on the club’s patio to hors d’oeuvre and drink. The sunset was glorious and the FUNeral was among the best I’ve ever attended.

I’d been thinking along these lines myself and told my closest compadres that when my time is up, I want to have a ‘gone away’ party. After all, if you get the most you can out of life—why not celebrate its end?

The following forms of entertainment below offer invaluable insights into life and death:

What usually coincides with death? Why cemeteries, of course. And whenever I travel, I try to visit them. In fact, I wrote a piece about a very famous one. Go to this link: http://blog.parisinsights.com/?p=12602 to answer the question: Who has the shiniest crotch in Père Lachaise? Tweet your answer to https://twitter.com/RobinGlasser1 or email me at robinglasser [at] yahoo.com.

The first three people with the right answer will win an ebook copy of MY LIFE AS A CONCUBINE— the lively account of a savvy, New York City woman, never married, not looking to be, who suddenly falls in love with a Frenchman. After several enchanting years together, Jean-Loup tells her that he must return to France. She is in a quandary—stay on the isle of Manhattan where she has work, friends and speaks the lingo or depart for Paris with the utterly adorable frog prince? There is one teensy-weensy problem—Jean-Loup hasn’t asked her to go with him. When he finally pops the question, it certainly isn’t the one she expects.

Saturday night I arrived promptly, dressed to resurrect roadkill. Jean-Loup ushered me into his apartment as if I'd been spun from platinum and took me on le grand tour. He had spent ten years of his life in Africa and Indonesia and had the artifacts to prove it. I "ooooohed" and "aaaahhhhed" enthusiastically. He offered me a cocktail, then another one. The liquor was flowing, along with my libido. Jean-Loup swept me up in his arms, carried me to the bedroom, and that was it.

And "it" was fan-fucking-tastic! The Frenchman didn't bother to unbutton his shirt. He just pulled the tail ends from his trousers, grabbed them with both hands and ripped the cloth in half. Buttons scattered in a bright sprinkle. Jean-Loup literally jumped out of his pants and underwear. Although slender, his body was hard-muscled and beautifully formed. Pulling me into his arms, the Frenchman kissed me deeply, expertly. When his hand reached for my zipper, I gently pushed him away.

As he walked toward the bed, I kept my eyes on his smooth, tight buns. The play of muscles beneath that creamy patch of skin was a real turn-on. Jean-Loup reclined on the quilt. Sinuously, I moved toward him, stopping just out of his reach and his erection.

"Let me tell you what I'm going to do to you, Jean-Loup." 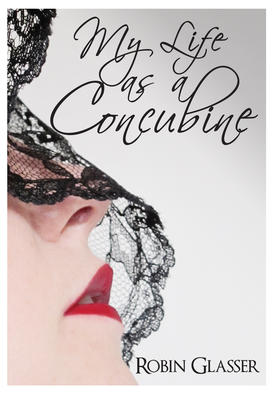 My voice was soft—husky with sex. Slow as an escargot, I began to lower the zipper of my snug, silk dress. With a little bump and grind, I shimmied out of its black bonds. I hadn't bothered with a bra. Clad only in garter belt, stockings and stilettos, I removed the combs from my hair, tossed my head, and let the raven cloud settle about my shoulders. I stared into his eyes—their intensity scorched my body like a firebrand. It took all I had to restrain myself from jumping his bones. Instead, I released a stocking from its garters, then stepped out of my heels. Placing a foot atop his nightstand, I slowed peeled the black mesh down my leg.

Skimming the whispery strip over his body, I asked, "Like the feel of it, Jean-Loup? Imagine my lips following the same course."

As I began to wind the wisp round his pulsating prick, he grabbed me, pulling me down beside him. Our lips came together in a searing kiss. Our tongues danced a passionate pas de deux. Tearing his mouth from mine, the Frenchman captured a swollen nipple. Two pairs of hands stroked, squeezed, explored. The fierce heat of desire burned throughout my body. I couldn't wait any longer and impaled myself upon his cock.

I lost all track of time until morning when, awakened by a lion roaring in my ear (snores from my "king"), I faced reality—runny mascara. If you've been there before, you know the score. I made a hasty retreat, figuring in my befuddled and besotted mind that this had been an incredible one-night-stand. 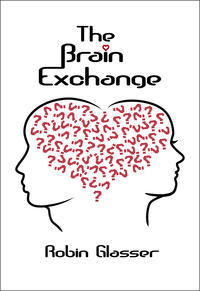 Recovering copywriter, Robin Glasser has written for a variety of magazines ranging from Readers' Digest to Penthouse Letters, where she wrote a column called "The Red Hot Woman." Her poetry has been published inUpstairs at Durocand The Riverside Poetry Review. Ms. Glasser's novel, My Life as a Concubine, is based on her experiences in Paris or as she likes to call it, The City of Merde, and has been re-released from Smashwords and is available in all virtual bookstores. Robin guarantees Men at Work, her fully-illustrated book of poetry, will put twinkles in your eyes and sparkles in your pants. Don't forget to watch her fast-paced peepshows based on these tongue & cheeky poems at http://www.youtube.com/msrobinglasser. You can get a copy from robinglasser [at] yahoo [dot] com Her latest novel, The Brain Exchange, is available at Smashwords, Amazon, et al. She now reads at various venues in New York.

Email ThisBlogThis!Share to TwitterShare to FacebookShare to Pinterest
Labels: death, My Life as a Concubine, Paris, Robin Glasser, The Brain Exchange

Welcome back to Beyond Romance. MY LIFE AS A CONCUBINE sounds delicious, especially since it's based on your own experiences.

As for me, I definitely would like my funeral to be a party. In fact, I have that written into my will. Alas, I'm not rich enough to fly my friends over to Asia for the event...!

Hopefully it will be a long time in the future. Who knows, maybe I'll make it big by then.

Thanks, Lisabet~~for hosting me and being one of the loveliest
women in cyberspace. I hope you do 'make it big' then you can fly all your friends over to celebrate~~on your fleet of private jets of course!

love this idea only you could come up with somrthing so out there ,,,,way to go girl