Okay, so it's the last day of March and here I am posting my newsletter... Honestly, I have a good excuse. Several, actually!

First of all I was hacked and I've been busy trying to make my website more secure. That's why Lisabet's Fantasy Factory (http://www.lisabetsarai.com)  has been down for the past week or so.

Second, and more pleasantly, I'm off on a long foreign trip starting next Tuesday, so I've been unbelievably busy getting all my responsibilities cleared away before we leave.

So this will be just a quick update, to let you know what's been going on and what you can win during April! 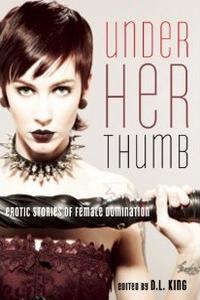 One thing that has kept me busy over the past month is a relaunch of the new and improved Oh Get A Grip blog. We've expanded our roster to ten contributors, with fresh, exciting content every week day. New members include Desiree Holt, Cari Silverwood, Sacchi Green, Giselle Renarde, Amanda Earl and the infamous Daddy X. With this crew, I expect the Grip to be more outrageous than ever. As usual, we'll all be posting on the same general topic for a period of two weeks at a time. The next topic, starting Monday April 1st, is "Procrastination".

On other fronts, I've almost finished my story for the Tied to the Billionaire anthology, entitled The Gilded Cage. It's a bit different from what you might expect, set around the turn of the twentieth century when America first became a world power and huge fortunes were made by the likes of Andrew Carnegie, John Rockefeller and the other so-called "robber barons". My hero, Andrew MacIntyre, has more money than he knows what to do with. However, there's one thing his wealth can't buy - a willing partner to fulfill his perverse fantasies. Labor activist Olivia Alcott seems an unlikely candidate for this role, but appearances can be deceiving. The tale plays out in one of the fabulous Gilded Age mansions in Newport, Rhode Island. In case you're unfamiliar with these extravagant edifices, here's a photo, from Wikipedia, of The Breakers, one of the largest and most luxurious. 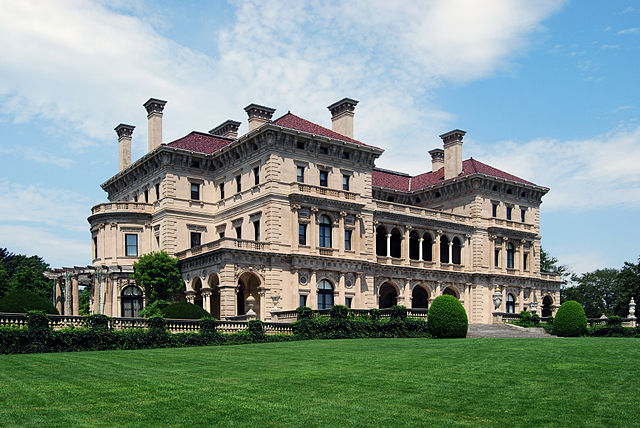 Congratulations to Jackie, who won my February Favorite Book contest. I'll be sending her a $25 Amazon gift certificate, as promised.

Every comment you leave on the blog between April 2nd and April 19th counts as an entry in the contest. (Don't forget to include your email address in the comment!) The grand prize is a $25 GC to the bookstore of your choice (Amazon, Barnes and Noble, All Romance Ebooks, or Total-E-Bound). I'll choose two runners up, too, each of whom will receive an autographed print book from my back list.
So please, visit often. Sample a wide range of my books, and help keep my guests from feeling neglected!

Lisabet's Pick of the Month

My pick of the month for March is the Four Seduced Muses group blog, run by Nicole Morgan, May Water, Maya DeLeina and Lia Michaels. I was a guest there last month and had a great time. Drop by for their Forbidden Fruit Fridays, Thirsty Thursdays, Wanton Wednesdays, Tempt Me Tuesdays... hey, I think you get the idea!
Posted by Lisabet Sarai at 2:00 AM

Thanks for all the great giveaway opportunities, Lisabet! Have fun on your vacation.

And I agree with you. Four Seduced Muses is awesome, I visited them this month and loved it. It's a fun site and I think they're hosting a blog hop in May.

Have fun on your holiday Lisabet. I'm going over to check out the blog you mentioned...

Have a great trip.

Bon voyage! Have a wonderful trip.

Have a great vacation! I hope it gives you all kinds of great ideas! jepebATverizonDOTnet

I will be returning daily and hope you post some photos of where you travel. Would be fun to see them
JWIsley(at)aol(dot)com