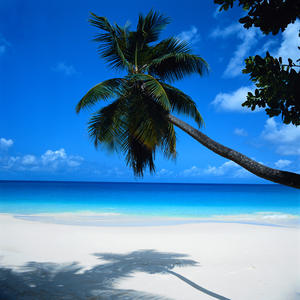 First of all, thank you Lisabet for the invite! I’m delighted to be here and celebrate the release of your new book, Quarantine! I always love a party in the middle of the summer. 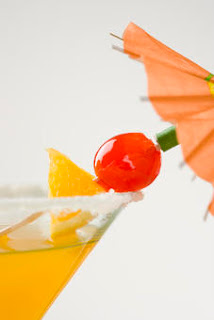 Don’t get me wrong. I love summertime. Really. I love the heat, the feel of sunshine on my skin, warm, long evenings spent sitting outside. The drone of the neighbours’ hushed voices as they stand around chatting. The buzzing sound of a bumble bee passing by. Garden parties. Barbeques. Ice cold beverages – cocktails, preferably. Sparsely dressed people. All that makes summer my favourite time of the year but what I’m really, really missing around here are a beach and the sea. White sand and glittering waves underneath a blistering, bright blue sky. A little tropical paradise, so to speak. Now that would be a truly perfect scenario – for me, that is. However, it seems that not everybody shares my fondness of heat and sunshine, or wishes themselves into a tropical paradise.

Riordan, one of the heroes in my latest release, A Taste of Paradise, is definitely not pleased at all when he suddenly finds himself in one of the most beautiful spots on the planet. For him, holidays are a waste of time, and the heat only makes him break a sweat which threatens to ruin his business suit. In short, Riordan is the kind of guy who, for all his life, has chosen his career over feelings. He prefers to have even the most basic emotional needs satisfied with the help of professionals but his attitude gets challenged when a wrong flight booking on a business trip takes him to a peaceful little tropical island instead of his intended destination. Finding himself stranded for a week, he meets Marc, a social worker with summer-sky blue eyes, a sunny look at life and a heart bruised by too many inconsiderate lovers – lovers like Riordan. They begin an affair which to Riordan is nothing but a suitable arrangement and Marc knows his own weaknesses well enough to realise that his instant attraction to Riordan only proves that they don't stand a chance - but maybe one involuntary taste of paradise is all it takes to change their lives.

A Taste of Paradise by Sage Marlowe, released July 14, 2012 by Siren-BookStrand, Inc.

Hopelessly in love with books from a very early age on, Sage has dreamt of writing one for years while working on the day job instead. It took a very persistent character in the company of a much-adored Muse to finally get the first novel going. The fact that this gorgeous guy was gay came as a bit of a surprise, but it explained a lot.

Ever since, Sage has been the willing slave to all the fascinating guys who just keep queuing up and want their stories told. This has resulted in several manuscripts at various stages of completion, so there's always something to work on - preferably at night when the rest of the house is asleep.

Sage's characters often have a dramatic and sometimes traumatic past and need to battle some demons to be with the one they love. It doesn't hurt that they usually get quite a lot of naughty action along the way!

I love reading about tropical settings! (It's kind of a far cry from the very temperate area we live in ;)) Armchair travel is wonderfully fun!