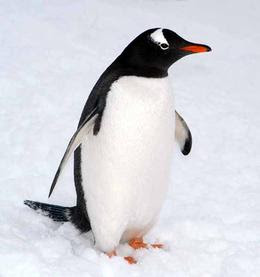 I just put my January newsletter online. You can find it at http://www.lisabetsarai.com/news.html. As usual, I've written a new free story for you. This month, it's a tongue-in-cheek romance that pushes the shape shifter genre to new extremes.

I've got a contest so easy it can be summarized in a single command: "Tell me what you want!" Plus you'll find reviews, new covers, blog schedule, my Web Pick of the Month and a pair of feline cuties from Japan. Lots of fun!

Here's the beginning of the story, just to whet your appetite...

"Where ya goin', Elsie? To a funeral?" Bert cracked up at his own joke. He pointed his beer-laden fist at her, drawing his cronies' attention to the formal black outfit she'd chosen for the party. They snickered at her obvious discomfort. She hated it when he called her Elsie. Made her sound like a cow or something.

Turning her back on her ex, Ellen headed for the bar. Okay, maybe she looked slightly ridiculous, or at least out of place, in her velvet gown and rhinestone earrings, but it was New Year's Eve, for heaven sakes. Everyone else in Alicia's vast Soho loft wore jeans. So what? She'd always loved dressing up, and what better occasion than tonight?

Too bad that everyone she knew was Bert's friend, too. She'd broken up with Bert more than six months ago, but she was still forced to see him constantly, if she wanted any social life at all. She needed to meet some new people. That was rough, though, with her sixty-hour-a-week work schedule. She picked up an open bottle of champagne and poured herself another glass. Staring at bubbles rising through the golden liquid, she wondered how to get out of her social rut.

"Mind if I have some?" An unfamiliar male voice cut into her reverie. Ellen looked up to find a stranger holding out his goblet. He had pale skin, jet black hair, plump lips as red as strawberries, and the most gorgeous tuxedo Ellen had ever seen - inky dark satin that gleamed in the dim light, a snowy expanse of ruffled shirt, and a scarlet cummerbund. It fit his lean, muscled body perfectly, too.

"Of course," Ellen replied, a bit flustered at being faced with such a vision. "I didn't mean to hog it. Here, let me...." She filled his empty crystal flute - at least Alicia had pulled out her good glassware for the occasion - admiring the strong looking fingers that held the delicate stem.

"The same to you," Ellen replied. They sipped their champagne in silence. Ellen felt as though similar bubbles were cavorting in her chest. "I'm Ellen," she blurted out as the silence lengthened. "I work with Alicia."

"Very pleased to meet you, Ellen." The impeccably attired stranger took her hand. For an instant Ellen thought he intended to bring it to his lips. At the last moment, he merely gave it a firm squeeze. "Sean. I just joined the IT department. Night shift."

"Ah, that explains why I haven't seen you around the office. I'm sure that I would have noticed someone like you!" Ellen realized after she closed her mouth that she must sound like total bimbo. She blushed to the roots of her blond hair.

"Someone like me?" Sean raised one eyebrow, a twinkle in his blue eyes.

"Well - you know, so debonair and sophisticated... I mean, there aren't too many guys who would could wear a tuxedo like that - so comfortably, I mean, as though you were born in it...oh, dear, I'm being terribly silly. I'm just impressed, to be honest. Most of these guys - outside of work, they're such slobs..."

She gestured toward the other end of the loft, where Bert and his buddies gyrated to the beat of AC/DC. Topping their baggy jeans, they wore football jerseys, faded flannel, or stretched out hoodies.

"I must say that you look lovely," Sean told her. "The black velvet makes your hair glow like spun gold. And your eyes remind me of emeralds."

"Gee - um - thank you." Ellen was dumbfounded. Men just didn't say things like that these days.

"Dance with me," Sean insisted. Ellen was about to refuse - she hated heavy metal - when the strains of a Strauss waltz reached her ears.

"Come on. Don't disappoint me." Graceful and confident, he folded her into his arms. They swooped across the floor of the loft, wings on their feet, while the music swelled around them.

Ellen felt completely comfortable in the embrace of this stranger. She looked up into his smiling eyes. "This is wonderful. But where did the music come from?"

Sean shrugged. "The plot required it."

His cool hand rested on her bare back. Then he moved it a bit lower. A little shiver ran up Ellen's spine. Who was this elegant stranger? Could she really trust him?

Want to read the rest of the tale? Go to http://www.lisabetsarai.com/snowbound.html!

Posted by Lisabet Sarai at 3:44 AM