Currently popular vampire/human romances, like most romances, feature journeys of self-discovery or evolutionary change. In the Twilight series, for instance, the protagonist, Bela, is a lonely teenaged girl trying to figure out where she belongs. A child of divorce, she feels alone and out of place; incomplete. She feels the world she was born into isn’t one she’s suited to at all. Her romance with the vampire Edward fills in the missing piece in her life. There are a few things she has to figure out along the way, of course, and trials she has to overcome, but centrally, hers is a journey to complete herself.

The Vampire Diaries series follows the trials of another troubled teenaged girl, Elena. An orphan surrounded by friends and relatives with their own complicated issues to sort out, Elena has her hands full. Like Bela, she falls in love with a vampire. Unlike Bela, she can’t solve her problem simply by convincing her vampire lover to turn her. Elena’s story is more quest than romance; she wants answers about where she came from and who she is. Her romance with vampire Stefan may or may not work out, but mainly, she has to figure out for herself who she is. Both Bela and Elena seem damaged or incomplete and desperate for change.

But in some romances, love brings change crashing into the protagonist’s life like a bolt from the blue. Instead of filling in an obviously missing piece or providing a long-sought answer, it smashes a long-standing complacency which was preventing the protagonist from growing or questioning. In classic dystopian future fictions like Ray Bradbury’s Fahrenheit 451 and George Lucas’s THX 1138, the male protagonist’s lifelong innocent acceptance of the established regime is shattered by the intervention of an alluring woman with “dangerous” ideas. 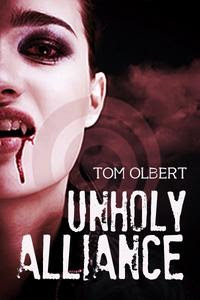 In my vampire novelette Unholy Alliance (published by Eternal Press), the 16-year-old protagonist, Chris, is a vampire-hunter, a soldier whose life has been laid out for him since he was an orphaned child. Virtually his entire life, his world view has been pure and simple: a war of good vs. evil that allows no quarter and no choices. That view is shattered by his first love: Sara. A vampire. She shows him things about herself and her kind that he never believed possible. His loss of innocence sends him on a dark and deadly journey of self-discovery. He learns that life is a lot more complicated than he realized and that good and evil aren’t always clearly distinguishable. He loses his faith and then struggles to get it back. It’s a bloody story of exploited minors, revenge, street justice and murder. But, it’s also a coming of age story, and a teen romance. That trembling first kiss comes in an extremely dark place, between two orphans who’ve grown up in hell, but still find their lost innocence in each other.

The priest was silent for a few moments. “Are you telling me, son...you’ve killed someone who was living? Someone human?”

“He saved my life the night my family...died. He practically raised me after that. I owed him my life, and betrayed him. I didn’t actually kill him, but...I helped. I helped one of them kill him.”

Father Donovan looked up. “One of them? An undead?”

“Yes, father.” He felt strangely numb as he said it. It should make him feel bad; he should hate himself for it. But he didn’t. Not for that part of it. “I didn’t try to help him. I turned on my own crew. I protected the killer, and I let her walk.”

He bowed his head, rubbing his rosary between his fingers. “I don’t know, Father. It just...I couldn’t kill her. There was...this pain in her eyes. It was like...she was somebody. She wasn’t this thing I was supposed to kill. She was somebody. I’ve killed so many like her. It never bothered me. But all of a sudden, everything was wrong, everything was backwards. Am I going to Hell, Father?” He looked up, his eyes clouding. The tears weren’t for Kenny or Pete or Danny, but for his mom and dad. And for Karen. They were the ones he really felt he’d betrayed.

“Only God decides that, son. Do you repent?”

He sniffed and rubbed his eyes dry. “I want to, Father. I really do. But...I can’t. I’ve asked myself a million times if I’d do it again. And all I can see is her eyes.” He cried, hating himself for his weakness. He wasn’t some damn bitch. He was supposed to be strong. What had she done to him?

This is my first attempt at vampire/human romance. I’m mainly a science fiction writer. But, characters who find their worlds and assumptions disintegrating around them is a recurring theme with me. 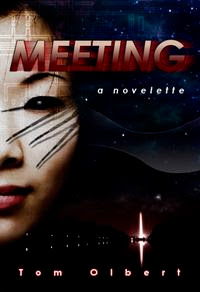 Another recently published novelette of mine, Meeting (published by Lilllibridge Press) is a science fiction about one man’s quest for the truth, and his struggle to understand a rapidly fracturing reality, and his own identity, as his own complacency shatters. His pursuit of the truth takes the form of a mysterious and elusive woman. 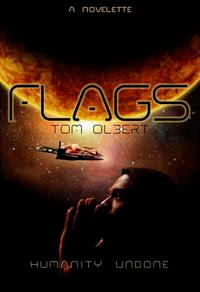 Another SF novelette of mine, Flags (also from Lillibridge Press) deals with the ultimate race war in the distant future. Two men must question their own established mores, and struggle with loss of faith in a rapidly changing world torn by war and revolution. Not a romance, but a bro-mance, born of an unlikely alliance. 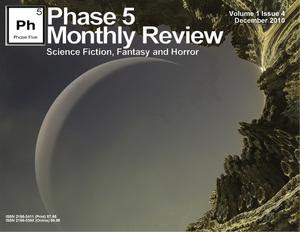 My full-length SF novel Nexus (coming soon from Phase 5 Publishing) takes place in an all-female future and deals with another forbidden romance which shatters a lifetime of complacency and challenges the lifelong values and beliefs of two women. The first installment of Nexus Book I – Dissent is available in the December Issue of Phase 5 Monthly Review at:

Bio: Tom Olbert lives in Cambridge, MA, comes from a great family, volunteers for progressive causes like clean energy, and has been writing sci-fi and paranormal fiction most of his life.

Thank you, Lisabet, for hosting me!

I think all romances are journey's to discovery. I like the fact you write such different books, Tom. Good luck with them all.

Welcome to Beyond Romance. You're right, challenging your characters' most strongly held beliefs is a great way to get your story moving!

What great blurbs and covers you have Tom. Your writing arouses curiosity and now I have three more books on my MUST read list. Thanks Lisabet for hosting such an interesting author.

Thank you all for your comments and encouragement. I greatly appreciate it.