When a Man Loves a Woman

Although I may embarrass my offspring with moderately explicit sex scenes in my novels, I do not write about sex. I write about making love and the two are not necessarily in the same league.

Having sex is physical – it’s intercourse, it’s the exchange of bodily fluids, it’s touching in private places… Sex can be hot, get a participant (observer or reader) breathless, screaming from the “Big O”, drooling, sometimes stupid.

So how do I turn the explicit sex that shame my (grown) children into scenes of passionate “making love” that hopefully thrills my readers to their toes? I usually start with an oversexed and hunky male and then I throw in generous doses of patience, trust, desire, selflessness and care. To be perfectly honest, I have many more “making love” scenes than I do scenes involving sex.

In my novel Bartlett’s Rule playboy Lon falls in love with a rape survivor. Thanks to his patience and caring he makes love to her on many nights long before they actually consummate with the act of intercourse; he holds her while they sleep and lets her learn to trust him. To me that is more of a turn-on than all of the sexual abilities he built his reputation on.

A woman can make love, without sex, to a man as well. In Hostage Heart Ryan is injured on the job and there is a possibility he may suffer permanent and total paralysis from the waist down. He worries that he is not “man enough” to keep her happy. She lets him know that he is the man that she wants to spend the rest of her life with. They marry.

On the other hand Tom Hughes, undeniably a Gamma male, doesn’t wait to make love, intercourse and all, with Alli. And he definitely makes love. Alli admits to him that she never knew what it would feel like to be so cared for and Tom makes it a point to show how much he cares. The first morning that Tom and Allie wake up together after making love, he notices she has a scar that crosses her hip. She’s embarrassed and self conscious, he is mesmerized and tender.

In the bright sunlight that streamed into her bedroom, Tom woke Alli with kisses. He started at her neck and worked his way down as he slowly pulled the bed sheet off of her. At first she seemed self-conscious about him seeing her completely naked in the daylight, but the sensations he was causing were enough to make her feel anything but rational. He kissed her belly and ran his fingers over crisscrossed scars she had on her side and hip.

“What’s this?” His lips touched a faded scar.

She ran her fingers through his hair. Alli hesitated as she caught her breath. “I had an accident.”

"What kind of accident?” He tasted the area around the puckered skin.

“We went rock climbing.” She was breathless. “I fell.”

His tongue traced one of the scars.

“I don’t know... I’m kind of turned on by them right now.” He put his lips on her scarred hip and lathed her scars with his tongue. When she could stand no more, he made love to her.

Her scars certainly didn’t distract from her beauty. The minor imperfections only made her a more perfect being as far as he was concerned. They were a part of her just as much as hair color or the gentle curves of her body. She had called them ugly, but there was nothing about Alli that was ugly.

I like it when my heroes, in fiction and in real life, understand that pure lust and sex can be one-dimensional, but making love is all encompassing. When a man loves a woman THE RIGHT WAY it is fantastic – it’s the stuff that romance novels are made of.

I love being a woman.

She is also a journalist and has been published in several regional and national newspapers and magazines. Chelle authors the Amazon Kindle Blog LIVING, BREATHING, WRITING http://bit.ly/pILcG , a weekly writing lesson available by subscription. 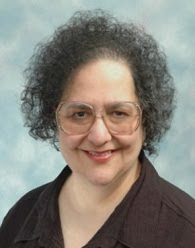 Chelle has been married for 35 years and lives with her husband and family in the scenic Hudson Valley in New York. In her spare time, Chelle volunteers as a NYS-EMT and is the current President of her local volunteer ambulance corps. She is very proud to say that her entire family volunteers in emergency services and her daughter and son both work professionally in the field.

I absolutely agree. Sex is purely physical but making love is that and more, it is a connection of minds and souls.
tamsyn5@yahoo.com/international

I agree too. I like reading books where there is more of a connection between the people.
Sue B
katsrus(at)gmail(dot)com

Thank you for sharing this post with us. I too agree with what you said above... you are a new name for me, have to look up your books!

Thanks for coming by and leaving a comment. Colleen, I hope you will look my books up and enjoy.

BTW, right now you can get a SUPER THANKSGIVING SPECIAL ON SELECT VHP TITLES! Buy 3 ebooks, Get 1 FREE through December 16, 2010 - http://bit.ly/cPW77b

I loved what you said about making love and sex. there is such a big difference. I need the emotion myself. Great post.

Wonderful post, Chelle. Something to think about. More writers should take the time with sex/love scenes instead of getting right to it. Thank you for sharing your mature insight.

You're so right, Chelle! Thanks for the post, and I'll definitely be looking out for your books--I love a well-written romance, not just a string of hot encounters :)