I try not to indulge overmuch in clichés when I’m writing, but sometimes nothing described a situation so perfectly as the same thing that’s been describing it for the past umpteen-hundred years. Like right now. Currently I’m not having that issue with my writing, specifically. The clichés are more immediately applicable to the ebb and flow of my work, both what I’ve had published recently and what I’ve got coming up in the next few months.

It’s a state of feast or famine. I’m sitting on my cot (the only way to go with hot season around the corner, mattresses are waaaay too uncomfortable and sleeping on the ground is just asking for trouble) and trying to figure out what to write for this particular blog, and I think to myself, “What are my new releases in November?” Then I remember: I don’t have any. None with professional publishers at any rate, just free stuff on my blog. In my infinite wisdom, I assumed I’d have something in the pipe whenever I blogged for Lisabet, and she generously offered a lot of dates to pick from. And I chose November, in a state or near-arbitrariness. Promethean, I am not.

It’s a cliché mirrored in life. I’m living in sub-Saharan Africa, and the rainy season for us has just ended. Harvest is coming to a close. Now is a time of relative plenty: still enough water to make it easy to carry it to the house, a variety of veggies for the next few months, lots of sheep for the upcoming feast day of Tabaski…I put my friends on the lookout for a turkey, kind of rare here, so my husband and I can celebrate our own traditional feast day when Thanksgiving rolls around.

The winds are rolling in, though, and soon the surface water will be gone. By the time hot season gets here there will be no more meat, very few veggies and such stupidly high temperatures that even if strawberry ice cream were miraculously blinking into existence on the open savannah at high noon, no one would be able rise from their heat-induced coma to go and get it.

I had two stories come out in October, both in great anthologies. I have one piece coming out in December and three in January, definitely a feast month, but right now? Not so much. 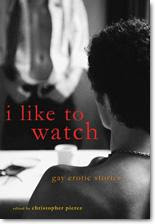 Living where I do, there’s only so much self-promotion that I’m capable of, but I do maintain my own blog at http://carizerotica.blogspot.com, and I update it as often as the internet works. There are links to my work, free serial stories, and occasional rants in which I swear I’m going for humor. Visit. Peruse. Stay a while. Then there are opportunities like this one from Lisabet Sarai, who is 100% pure awesomeness. Thanks for letting me blog on your site. You are like ice cream in the desert.

Bio: Cari Z is originally from Colorado, where she imagines it snowing with guilty pleasure. She and her husband currently live in Western Africa, where snow is so foreign it defies the capacity of her poor French to describe. She’s been writing for many years, publishing for a few years and trying to get the hang of blogging and the like for less than a year, but it’s slowly coming together. She loves visitors, but she doesn’t expect you to fly all the way to Africa to see her. Come and visit her blog instead.

I don't know if my comment will be insightful, but I do love to feast on your writing Cari! Fortunately for us readers, you are giving us tidbits of your work on your blog in between your published writing. Thus, we are satisfied and happy (though perhaps not fat). It puts me in mind of an afternoon snack before dinner. You know the feast is coming later, but the snack is no less rewarding. I'm looking forward to more feasts in the future, even if I have to wait through a famine to get one. :-)

Why Tiffany...fancy meeting you here! You are just bound and determined to make me like myself today with all that niceness, gosh. I'm thrilled my snacks appease you:)

I'm delighted to have you as my guest today, and fascinated by your account of your life in Africa.

I try not to put pressure on myself about those lean times in my writing. It doesn't help the flow of creativity at all, just makes me feel bad.

Once again, thanks for joining us at Beyond Romance.

Wow - I can't imagine living in Africa and yes, I think it's been snowing in Colorado. I wish you the best of luck with your writing and blogging!

Thanks Lisabet, I loved being a part of your beautiful blog, if a transient one; and thanks Julia for commenting! Life in Africa is largely fascinating, but I do certainly appreciate things I never thought of as luxuries before. I'll be in Europe for Christmas, though, so hopefully the snow will meet me there.

Damn. Nice job for your buddy:) I'm still in the short story/novella stage for the most part. Books...maybe after nanowrimo is done. Thanks for the comment, Cynthia:)

Feast or famine... pretty much describes my writing too. It seems I either have a hard time chosing between WIPs or a clean slate.

Your life in Africa sounds fascinating as does your work!

Thanks Lynne! I know there are super-organized people out there who manage to juggle stories and planning and the whole realm of the rest of life all at once (looking at Lisabet now) but I'm not one of them yet. Very often it's a case of blinding inspiration followed by...slogging. And Africa is generally awesome, tempered with periods of extreme angst;)