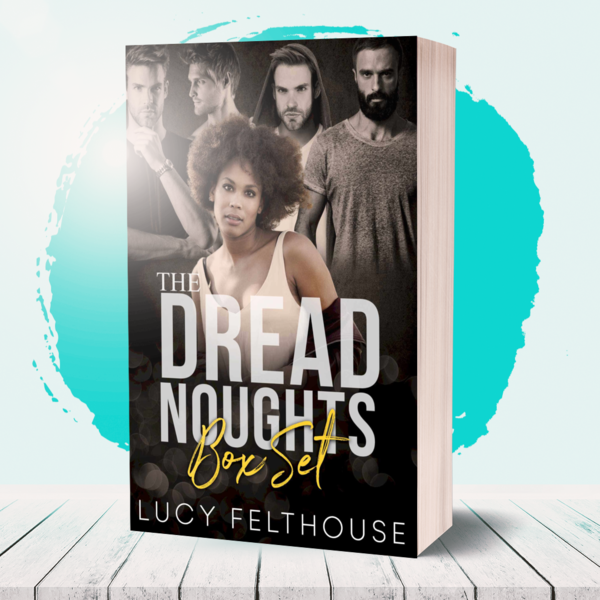 This critically-acclaimed series is now available in a box set, where you can get all three books for the price of two!

Binge this completed reverse harem series now. Find out why Nitty Gritty Book Blog said "so different than anything else I’ve seen".

Can Kim and her gang of ex-military men win a dangerous race against time in order to deliver a project that could prevent a climate catastrophe? Find out in The Dreadnoughts box set.

Contains the complete series, all three books for the price of two—Search and Rescue, Cut and Run, and Safe and Sound.

Kim’s trying to save the world—but is she actually going to make things worse?

Kim Medhurst is an ex-British military intelligence officer turned scientist and climate activist. A thrilling, potentially world-changing discovery leads her to a cave on a remote island off the Scottish coast. But before she can return to the mainland, a natural disaster traps her in the cave with limited food and water. Fortunately, she is an intelligent and resourceful woman who made a backup plan even before she stepped out of her own front door.

Enter Jason Chastain—owner and operator of a private security firm—and his friends Aidan Smith and twins Taylor and Joshua Greig. The foursome are also ex-military, so rescuing Kim should be a walk in the park for them. However, her discovery is so top secret she hasn’t even told Chastain and his buddies precisely what their mission is—instead relying on money and intrigue to get them to do the job. It works, until a series of events turn the rescue mission into an escape mission. Throw in a further revelation that will change all of their lives irrevocably and Kim begins to wonder if she’s bitten off more than she can chew.

Should she have left things well alone, or can this colossal mess be turned into something positive? This is about so much more than just five human beings, after all.

Kim’s on track to save the world—but will she pay with her life?

Kim Medhurst, ex-British military intelligence officer turned scientist and climate activist, has a vitally important project on her hands. The mysterious object she set out to retrieve from the remote Scottish island has the potential to power the entire planet. All she needs to do is figure out exactly how to make it happen, and the Scottish Highlands seems the perfect place to complete her research in peace—as well as enjoy the company of the gorgeous Greig twins.

Unfortunately, things aren’t that simple. Someone knows what Kim’s up to and wants to get their hands on her and the object she now calls the ygrene. As if that wasn’t concerning enough, Chastain goes missing, spurring Kim and the others into action. The team’s newfound abilities come in handy as they attempt to find their friend and navigate the murky underworld of dirty energy and those who profit from it.

But, even with their powers, will they be a match for a greedy megalomaniac with no morals?

Kim is within touching distance of her goal – but is it already too late?

Kim Medhurst, ex-British military intelligence officer turned scientist and climate activist, is in a race against time. With help from her four men, she’s researching how to make the ygrene – the mysterious power source she retrieved from a remote Scottish island – a viable alternative to fossil fuel. An unexpected visitor recently bought them a little extra breathing space, but they’re painfully aware it won’t last forever.

Despite their hard work, the whole thing looks set to crash down around their ears when the greedy megalomaniac they’ve been desperate to avoid shows up on the Greig twins’ doorstep. While Kim and the gang would happily lay down their lives to stop the ygrene getting into the wrong hands, Kim would prefer to steer clear of violence. Their latest visitor claims he only wants to talk, but he’s brought goons carrying hardware, and Kim wouldn’t be Kim without a backup plan.

Will good prevail against evil, or have all the gang’s efforts and sacrifices been for nothing? 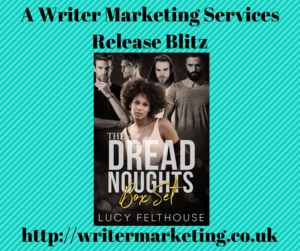