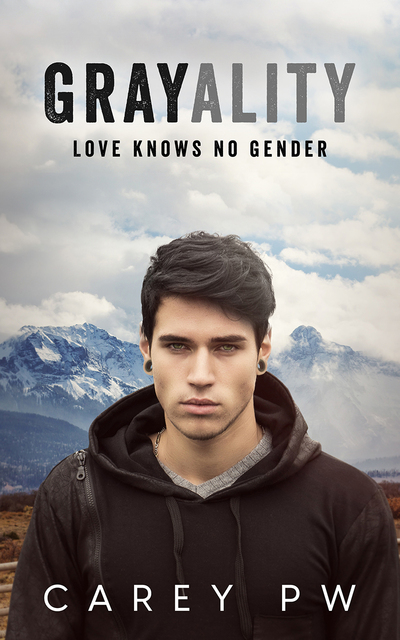 I would love to claim roots in Montana. But there’s none. Like my characters Oakley and Pate, I am a Georgian.

I moved to Montana in 2015 after living in China for three years. My husband and I didn’t want to move back to the east coast because we wanted a new experience. One day, he became fascinated with a small town in North Dakota. Sensing his intrigue, I applied for jobs all around the northwest. In July 2015, I landed a job in a small town in Eastern Montana.

I always loved winters. I was supposedly born during a rare snowstorm in Georgia; thus, winter seems to be in my blood. But the weather wasn’t the only thing that grew on me. Driving up through Montana the first day was exactly like Pate’s first impressions. No rest stops in sight. It was just miles of fields. I admit. It intimidated me at first. I definitely questioned my decision.

But there’s lots of things that I love about Montana. First, no traffic. While some may feel that driving forty-five miles to the grocery store is excessive, it’s not when I can drive there in forty minutes, especially when it can easily take forty minutes to drive across cities. Fewer people, no long lines, and the general laid-back feeling is easy to get used to. After living in Beijing and Shanghai, it was all very refreshing.

I considered other locations when choosing the setting for Grayality. But it just felt more authentic to write about what is in front of me. Plus, it added a nice “fish out of water” trope to the story: two Georgian suburbanites move to rural Montana. However, as someone who came out as a transgender person and transitioned here in my small Montanan town, I was appalled by the lack of resources and in one case, discrimination. So, I decided to set the story here to share the struggles of being transgender in this kind of setting.

Cloverleaf is not a real town. It mimics my town, but it is different. Inspired by Stephen King who set many of his stories in Castle Rock, I wanted to follow that same theme. So, I created a fictional Montana town that I can repeat as a setting for all my future works. Not to mention that the world could use more stories from Montana.

I chose the name Cloverleaf because it is a metaphor for being in a crossroad in one’s life. Pate and Oakley are young and still figuring themselves out, making it a coming-of-age story. The cloverleaf represents the various paths that they can take in this journey, but the point is that they must choose.

I also know that small rural towns can be misunderstood. While small towns have challenges, I want Cloverleaf to reflect those problems while also showing that there are accepting people in these communities. I hope that my future works in Cloverleaf build on this representation.

Pate Boone, a twenty-six-year-old transgender man, embarks on a new adventure when his childhood best friend, and yes, ex-lover, Oakley Ogden, convinces him to escape their hometown in hopes for something new.

They land in Cloverleaf, a tiny rural town in Montana, so that Oakley can care for his granny who is battling breast cancer. She pressures the two young men to enroll in a nearby college. Pate immediately becomes enthralled with Maybelle, a young, vivacious freshman to whom he fears revealing his transgender identity. Still, he finds it impossible to resist Maybelle, even after he meets her ex, Bullet, a large, violent man determined to keep Pate away from “his girl.”

But there are others who accept Pate immediately, like Stormy. An outdoorsy, rugged freshman, Stormy warns Pate away from Maybelle and Bullet, but Pate’s too infatuated to heed these warnings.

Oakley tries to support his friend’s new love but finds himself entangled in his own emotional calamity when he unintentionally falls for Jody, a gay and ostentatiously confident drag queen. This new relationship awakens deep internal conflicts in Oakley as he struggles to accept his bisexuality, lashing out at Pate and causing friction between him and Jody.

Oakley must decide if he can overcome his insecurities so he doesn’t lose the love of his life. And Pate must discover if the love between him and Maybelle is strong enough for her to accept him as a transgender man, or if she will break his heart.

“They don’t if they are interested. Oakley, sexuality is not either/or. Maybe you have some attraction to him. Maybe not toward just any man, but toward him.”

I had been so busy trying to analyze my repulsion toward guys that it had never dawned on me to consider what made Jody attractive to me. His emerald-green eyes alone were enough to mesmerize anyone. His skin was silky and soft like a woman. His frame was small and delicate. But thinking on it, it wasn’t so much those physical traits as it was his confidence and free spirit. I had never seen a girl perform and light up a room as if she owned it the way Jody had dominated the club in Billings. When he realized that I thought he was a girl when I made the date, his response was calm. He didn’t get offended or even embarrassed. Jody was going to keep being Jody. I hadn’t found that certainty for myself yet.

“It wouldn’t mean anything different than me preferring to stay a feminine guy,” Pate replied, shrugging his shoulder. “It’s not about girl or boy. It’s about the feminine and the masculine that’s in all of us.” 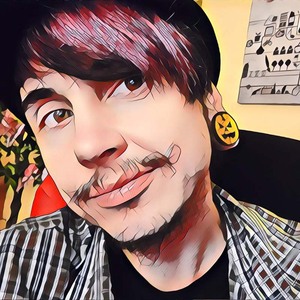 Carey PW (he/they) is a debut author, college instructor, and mental health counselor. Carey is currently completing his next manuscript, Acing the Game.

Carey lives in Montana, and identifies as nonbinary, transmasculine (AFAB) and panromantic asexual. Due to the lack of resources in rural communities, Carey has discovered that writing about his lived experiences is a therapeutic outlet for him and hopes that his readers relate to his own personal struggles and triumphs shared through his characters’ narratives. Carey is particularly interested in exploring relationship conflicts around sexuality and gender differences. He has also worked as a high school writing instructor and college writing instructor, earning a B.A. in English Literature, a M.Ed. in English Education, and Ph.D. in Social Foundations of Education all from the University of Georgia. In 2020, Carey earned his second M.Ed. in Counselor Education and works as a licensed clinical professional counselor, LCPC. He has a strong passion for working with the unique mental health issues of the LGBTQIA+ community.

Readers can learn more about Carey from his blog, www.careypw.com. When he is not writing, Carey is busy training for marathons, parenting his six cats, sharing his culinary talents on social media, serving on the board for the nonprofit Center for Studies of the Person (CSP) and learning photography.

Carey PW loves to hear from readers. You can find his contact information, website and author biography at http://www.pride-publishing.com.

I can see the positives of living in Montana.

Thank you Carey P W for sharing your story & thank you Lisabet for hosting. Cary when did you know you wanted to be an Author? Karen Komarinski Aka lstnrome06

Went to Montana once and easy to see why they call it the Big Sky Country after being there!

Thanks so much for hosting! :) Carey PW

In response to Karen, I basically knew when I was nine years old. We were assigned to write stories in class, and it just came natural to me. The teacher used to save my stories for last because the class enjoyed them so much. I would get standing ovations. I knew then that I loved to write.

Good luck with the release!
--Trix

Thanks for all the compliments on the cover and the release. I'm glad to hear that some have enjoyed Montana as much as I have. :) Carey PW

Hello, Carey -- I'm sorry I wasn't here yesterday to welcome you to my blog. But it looks as though my readers did a good job!

This sounds fabulous. In fact, after reading your excerpts, I requested a review copy from Pride. I'll let you know when the review's up on my blog.

Providing some good armchair travelling from the sound of it!

Hi Lisabet, I am so happy that you'd like to review my book. Thanks again for hosting me. I can't wait to hear what you think. :) Carey PW

Thanks for sharing it with me and have an awesome weekend!

In 1989 I wrnt to Montana with my then-bff and one thing we did was swim in a glacier-fed lake. Quite invigorating!