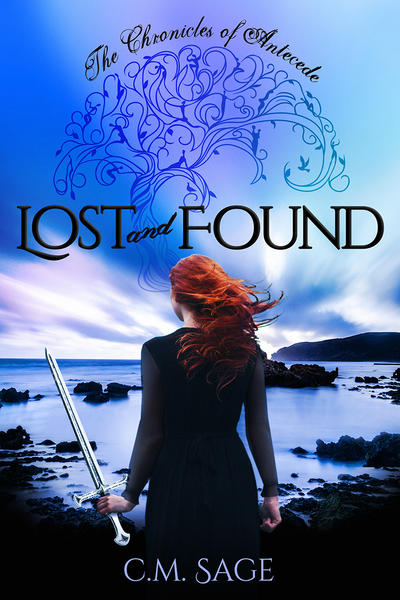 Sometimes things are lost for a very long time...and then they are found.

Take Gracie for example, a woman who lost everything, her life, her family, even her name, but now she is a Cathalian warrior of Antecede blessed with powers, which aren't yet fully realized. Her elder and nemesis, Donavan, finally granted the former professor an opportunity to train a new warrior. Her joy turns to shock when she meets her great, great, great, great grandson, Henry, accompanied by his wisecracking best friend, Milo. Henry recognizes his long dead ancestor right away, and it doesn't take the Cathalians long to realize that this meeting was no accident.

Gracie and the warriors of Antecede soon discover that they aren't the only ones laying a claim on their new charges. Menacing enemies from the South and their hired mercenary assassin, Revilan, the Bowman, have also taken an interest. Come along with Gracie, Donavan, and their fellow warriors on a perilous quest to protect all that is good and right from the evil that threatens it, and along the way discover what else was lost.

Donovan looked her up and down with an expression that might have been disdain, but more intense and personal. His examination puzzled her, but again being singled out by him wasn’t unusual. He said nothing at all for quite some time. It took all of Gracie’s strength not to fidget under his stare. At last the force that was Donovan burst wide open, and his fire rained down on her head.

“How dare you act without any care for yourself or your brothers and sisters-in-arms and needlessly put yourself in harm’s way? Everything went exactly according to plan before you put yourself within that monster’s reach. Why? Do you realize how close his arrow came to you? And how close he came to breaking your neck? Do you have a death wish? You want to spend eternity on that bow? Join Emmie and Shinto? Is that your desire? You are still the same senseless, selfish woman who stepped onto the pier the day I met you. You have learned nothing.” Donovan closed the gap between them and was now yelling an inch from her face. He grabbed her shoulders and shook her like a rag doll, but Gracie was no longer his whipping girl.

She wrenched herself out of his grasp and slapped him hard across the face. She held nothing back, and the stinging blow left a small but mighty handprint on his cheek. The entire world grew quiet, as if holding its breath, waiting for something dire to happen. Her seven protectors, who had remained close to their mistress during the battle, surrounded her, growling, ready to come to her defense if her elder so much as touched her again. 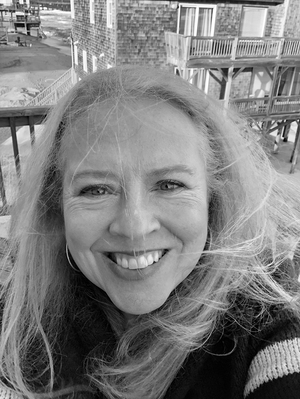 Lost and Found is author C.M. Sage’s first book in the Chronicles of Antecede fantasy adventure trilogy. She loves writing, reading, and traveling. Most of all she loves spending time with her beloved family and friends...and yes, that includes her furry friends. Life would have been much less sunny without them.

C.M. Sage will be giving away a $50 Amazon/BN.com gift card to one randomly chosen reader.

Hello, C.M.! I hope your tour is going really well. I love your cover.

Nothing like a fine assertive woman. Case in point!

Beautiful cover! Love it! The blue shades are stunning!

Why is it that heroines are so often red-haired? Is it because we expect them to be independent and sassy? LOL. My mom used to tell me if I ever had a daughter, she'd better have red hair. Instead, my daughter has blonde hair--but she does have the green eyes my mom always preferred. Phew! Sounds like a great start to your series!

Congratulations on your release of Lost and Found, C.M. I enjoyed the excerpt and I enjoyed following the tour and learning about your book, which sounds like an excellent book for me to read and I love the cover! Good luck with your book and I hope the tour was a success! Thanks for sharing it with me and have a fantastic day!

I enjoyed the excerpt the book sounds very intriguing.

Happy Friday! I hope that you have enjoyed your book tour as much as I have enjoyed reading about you and your work throughout the tour. I am looking forward to reading Lost and Found and hope to read more of your stories in the future. Have a great weekend!