Pets we’ve known and loved, and those who saved us - #FosterCats #EnemiesToLovers #Giveaway @AlexanderLyndi 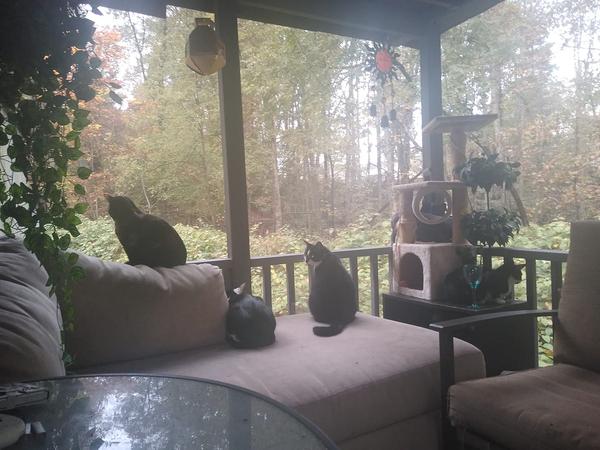 After I was diagnosed with rheumatoid arthritis five years ago, I went into a pretty bad funk. I stopped writing for several years, because I just couldn’t find the energy to create. It was a tough time. But the thing that really brought me out of it was pets.

Not just any pets, but foster pets.

I’d never heard of fostering animals for a shelter/rescue before. I mean, they bring you a basket full of fluffy kittens, provide all their food and needs, and then just about the time they start climbing your curtains, the shelter takes them back, finds them home—AND SENDS YOU MORE!

This applies to puppies and dogs as well, of course, but some of us are Cat People. ;^)

About the same time, we adopted a pair of 16-year-old Bengal cats whose owner had gone to a home. Felix and Jules were lovely, took to us right away, and we loved them. 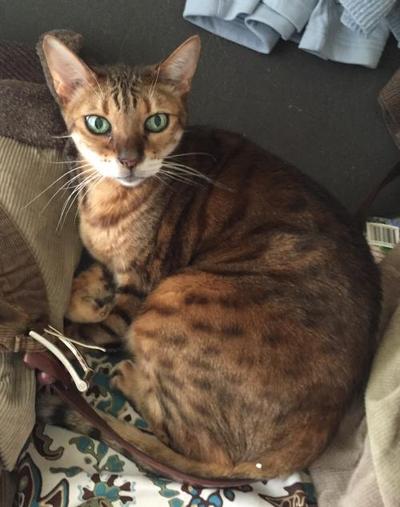 I ended up bottle feeding one batch of teeny-tinies, which is an amazing feeling. Unfortunately, sleep requirements of my illness prevented me from more of that—getting up ‘round the clock is for the young. LOL.

As Felix and Jules passed, we ended up with Zigzag, a lone kitten left from a litter, who decided she wanted to stay. We rescued Dilly, who was six years old and free at the shelter because she’d been there so long. Now she sleeps next to me every night. Reba and Clarice were foster sisters who bonded and couldn’t manage to find an adopter who loved them both. So we did. Daisy Mae was the last of her foster litter, and endeared herself by perching on my shoulder. Another permanent resident. A couple more shelter rescues brought us to Kitty Lou, whose hooman mom went to a home. Kitty Lou is 20 years old and in pretty good shape, considering. She established herself as the Queen from the first day she was here—putting my previous Old Ladies in their place. 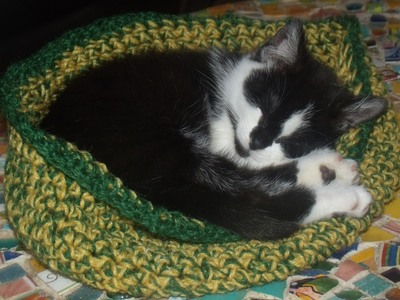 They are all a constant source of love, and reminder that when we help another being, we truly help ourselves as well.

I don’t know why none of my books have ever featured cats. I’ve definitely got to add that to the list for future topics. But TENDER MISDEMEANORS has a bunch of pets, so let me tell you about that one.

Caryn Orlane has law enforcement in her blood; her father was a cop, and his father, too. She's a federal agent in northwest Montana, protecting the old forests and keeping the peace.

Levi Bradshaw also believes in protecting the forests, but has a very different MO. He's the leader of a group of eco-warriors, determined to save the trees of the Bitterroot by legal—and illegal—means.

When they meet in the woods at gunpoint, their encounter ignites a spark of interest, despite operating on opposite sides of the law. When their worlds turn on them, they only grow closer. If they don't work together, can either survive?

Caryn lives in an RV in a state park with her large green iguana, Niabi. Levi has a pair of Rhodesian Ridgeback dogs, Rosencrantz and Guildenstern, as well as a rescued pointer he’s nursed back to health named Ophelia. These pets play an active role in the story, and I think part of my experience coming back into the world through the love of animals has transferred to these fictional relationships as well.

I will give away a PDF copy of TENDER MISDEMEANORS to one lucky commenter. 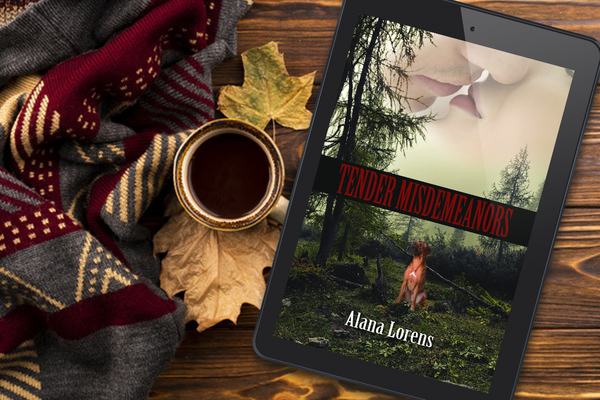 Rosie cocked his head like Levi was talking nonsense, and he had to laugh. He opened the heavy wrought iron gate with the remote attached to his sun visor, and pulled into his driveway, which, while fifty feet long, was a clear shot from the gate so passersby could admire the gingerbread trim and fancy touches his mother thought would bring in the guests by the hundreds each winter.

Two more dogs came running from the back: Rosie’s brother Guildenstern, a red-colored Ridgeback, and Ophelia, a German short-haired pointer, her short, bristly coat also in the red shades, with a mottling of white down over her hindquarters and onto her legs. She came a little slower, victim of a perpetual limp after she’d been hit on the road outside the house, but was twice as affectionate, seeking Levi’s attention as he climbed out of the cab.

“Hey, there! Hey, there.” Levi barely got out of Rosie’s way as he bounded out of the truck to rendezvous with his brother, both of them barking merrily as they connected and sniffed each other. Levi scratched Ophelia down her neck and back, noting she’d been out mud-rolling somewhere. She’d need a bath tonight.

What else did he have planned for the evening anyway, hmm? Some reading by the fire. A whole pile of Freedom of Information Act releases awaited him on his desk, all requested over the last six months, trying to figure out where the BLM was going to try to pull a fast one next, wiping out a whole stand of old growth before anyone could catch them. Billings might be the next target, but it surely wouldn’t be the last.

He let the dogs inside, the echoing tap-tap-tap of their nails scattering against the unfinished wooden floors. Even in June, a damp chill filled the interior of the house, probably because so much of it wasn’t finished. No insulation or storm windows in some of the upstairs rooms let in cool night air. He closed and locked the doors, then took the left side hallway, walking to the great room to light a fire.

Stacking the logs with the ease of years of experience, he tucked in bits of newspaper and old survey maps around the twigs at the bottom, then lit it. While waiting for the room to warm, he went to the kitchen and filled the dogs’ water and food bowls, their enthusiasm expressed in loud yips and staunchly wagging tails, their toes tapping with excitement in their little “food dance.” He wished he could be as excited about his own meal, but there was little of interest in the refrigerator beyond some Black Star, the specialty beer of the local microbrewery. He grabbed two bottles and headed back to the great room, to begin reading at his desk, near the fire.

Two hours later, he took off his reading glasses, his eyes burning. All three dogs lay on the rug before the fire, coiled in various poses of sleep. Yeah, not such a bad idea. They’d started pretty early in the woods today.

He glanced across at the antique sofa, its bronze flowered brocade flickering as it reflected the firelight. He remembered his mother sitting there, covered in a knitted blanket she’d made with her own hands, reading, or listening to his father read aloud of an evening. They were big on education, his parents. Probably why his poor pets got stuck with those Shakespearean names. The family never had a television while Levi and Zane were growing up, though Levi had a small LCD set in his bedroom now, mostly just to catch the news and weather. He could almost see her sitting there now, her blonde hair—

Hang on a minute.

He realized belatedly that it wasn’t his mother he was picturing there at all, but the woman from the forest. Could someone from the other side ever be a friend? He didn’t see how. Certainly he wouldn’t imagine that she’d lounge on his couch, sharing the fading embers of his evening fire.

There are more things in heaven and earth, Horatio, Than are dreamt of in your philosophy… 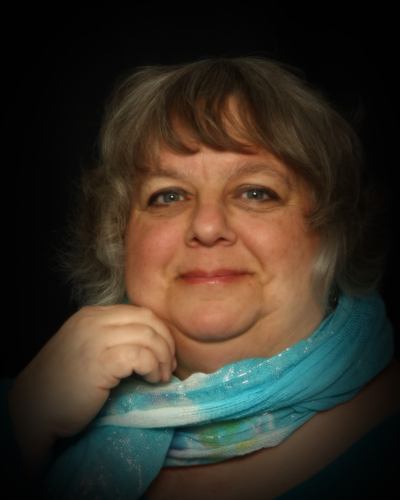 Alana Lorens has been a published writer for more than forty years. Currently a resident of Asheville, North Carolina, the aging hippie loves her time in the smoky blue mountains. One of her novellas, THAT GIRL’S THE ONE I LOVE, is set in the city of Asheville during the old Bele Chere festival. She lives with her daughter on the autism spectrum, who is the youngest of her seven children, and she is ruled by two crotchety old cats, and seven other kits of various ages.

Posted by Lisabet Sarai at 1:30 AM

What a wonderful post, Alana! Your photos are fantastic.

As a fellow ailurophile, I know how soothing and healing it can be to take care of cats.

Tender Misdemeanors sounds like a wonderful book, too. Another one set in the old growth forests!

Alana thank you so much for sharing. I’ve been living with chronic pain going on 5 yrs. you’ve giving me a lot to think about. Congratulations on your new story; love the excerpt you shared

Thanks so much for having me, Lisabet!! Csts are the best.

Karinski, chronic pain sucks. I'm so sorry you're going through it...

That looks like a perfect cat/writing/reading room. When I go to my "forever" home (the mobile home some place warm when I retire) I'd like a screened in room like that for myself and my cats. Thinking about fostering, but I'd probably end up with as many as you.

That's exactly what this is--a screened porch on a mobile home. It's awesome, and I lucked into it. I hope you find the same for you when you're ready!!

I love the kitties. Thanks for the great post.
debby236 at gmail dot com

Karinski, you've won the drawing for the free ARC....please send me your email address! you can reach me at lyndialexander at gmail dot com.... thanks all for stopping by!@