Volume I - The Bleikovat Event

From a rocky outcrop a battle-widowed Etkaa, gazed down at the death and upheaval. Rancid green Murian blood stanched the dusklit breezes from the haze-dimmed river marshlands. Nothing has been spared by the Green Dragon forces of Bleikovia. In skirmishes along the Feldon River, Etkaaâ's mate is fatally wounded with deadly selvon poison. Through a gruesome mountain trek of icy blizzards, they elude the Green Dragon. The battered starving Feldovats reach the coast at Eedov City only to be confronted by their implacable enemy determined to destroy the remaining Klarvkon rabble. Taking passage on crowded Maalon freighters, the refugees escape toward a new life among their Maalon hosts. Enraged Bleikovats move against the Klarvkons, bringing indiscriminate bloodshed. War once again surfaces, as it did in the muddy filth along the Feldon River of Malfesov, and becomes a different kind of war.

Generations after the great Murian upheaval of the Malfesian War against the Bleikovats, the Accords between planets Terato and Myr are signed.

Provisional Outpost Terato is under construction near a farm where Teratoan orphan Eklam a'Qoc lives with his uncle and cousin. Inquisitive strong-minded Eklam, Ek to everyone in the village, is captivated by the off-worlders technology, and becomes an apprentice to the Outpost Terato's Murian commander, Grand Duke Korvo. Uncle a'Qoc disapproves; wants nothing to do with these outlanders, wants their shimmering doorway portals-of-travel banned from Terato. As Outpost Terato becomes operational it seems to become a harbinger stirring ageless secrets of The Old Ones and their frightful weapons, of ancient Teratoan ruins, mysterious glowing lights, unexplained killings, a sacred book in a language no Teratoan can read, a moon that doesn't behave like a moon in its wobbly orbit.

From cosmic reaches beyond space and time the ominous secrets of Terato's ancient ruins become more threatening. Ek and Korvo realize both their worlds face extinction with any hope buried somewhere in unknown galaxies far beyond a pastoral Terato or the sophisticated star-empire of the Murians; of missing planets in a star system with its single star in a galaxy far-removed unknown to Terato or Myr. They travel across the universe to a place long forgotten to fight this unknown foe with weapons only dreamed of. Together they face the beast that wishes to consume the entire universe.

The threat of rift invasions seems long passed. Plentiful harvests abound. The Murian first-contact Terato Outpost has grown into the sprawling Terato-Murian Terminus Terato with a hub of relay portals reaching across the vast uncharted galactic expanses and connecting with its eon-extinct Lantaraan prehistory. An exploratory Terato-Murian Jupiterr outpost is established on the gas giant seventh planet, and its quantum and gravitational energies are used to power outpost portals for an archeological survey of the fourth planet, Eorthe. The Lantaraan database aboard Terato’s ancient Downday moon shows that one or more planets of the Solaris planets have apparently been lost. Expanded archeological records on other Lantaraan orbital bodies in the Solaris system show the fourth planet from the star—Eorthe—to be a sterile wasteland. Except it is not. Eorthe’s civilization is not to the level of the Murian Empire, but it is far advanced to those of a pastoral Terato. Terato and Eorthe form the confederated United Terran League under the nominal figurehead leader of League High Judikarr Eklam a’Qoc. Jupiterr outpost expands into a major League stronghold, Jupiterr Base, when civil unrest erupts in the League, the unexpected return of rift intrusions threatens, and the Murian Emperor Klarvko Celo is assassinated. As they prepare for confrontations with an unknown ancient enemy, the internal tensions on Myr and Eorthe push Murians and Teratoans to dangerous discords.

From Volume I - The Bleikovat Event 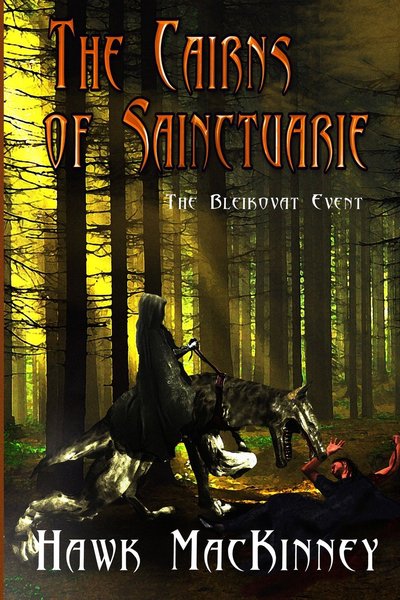 There had been warnings…far from the Feldon River, across the flat prairies and far-flung farming settlements, in the grain fields and remote gelf ranches of the far-west reaches of Feldon provinces. Most dismissed them, “…idle gossip from those with too little to do.”

The onslaught struck late and faraway during the last harvesting moons of the growing season, and once again unsettled whispers passed. Among the markets and along trade routes far from the fields and farms of the Feldovat fiefdoms the word spread. That was before dispatch riders and message runners on ponderous muscled claks brought more disturbing rumors: “Heavy raids and ambushes all along the hinterlands this side of the Bleikov-Bormeikovat frontiers.”

One grizzled Murian farmer’s slit-pupils narrowed to thin slivers. Gently tightened the reins. Hooked to the plough, the lumbering gelf plodded to a stop. He laid the planed-wood handles of the plough sidewise onto the fresh furrow. Without moving from the trenched rows the gelf reached its thick neck to nibble the green tufts around its feet. The weathered work-aged farmer carefully slipped the reins off his shoulder. Fingered the split creeping along one sweat-stained handle, “…get this to the woodworker before spring ploughing times. Get it braced before I have to barter for a new plough handle.” Pulled off his wide-brim woven hat; wiped his forehead. Uncorked his gelf-leather water pouch; took long slow swallows. Spit a bitter-chewed slurry of brown chakklu; scowled, "…ill-tempered uplander Bleikovats." Another long swallow…re-plugged the pouch. Bit off another twist of dried chakklu. 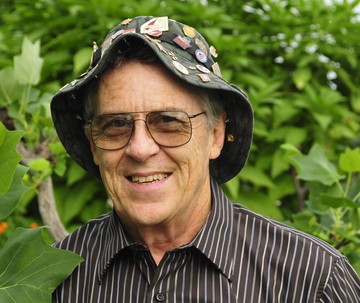 With postgraduate degrees and faculty positions in several medical universities, Hawk MacKinney has taught graduate courses in both the United States and Jerusalem. His professional writing includes articles on chordate neuroembryology, and aerospace research on muscle metabolic behavior in multi-orbital environments.

In addition, Hawk has authored several works of fiction including a historical romance Moccasin Trace which was nominated for both the prestigious Michael Shaara Award for Excellence in Civil War Fiction and the Writers Notes Book Award. His Cairns of Sainctuarie Science Fiction Series and his Moccasin Hollow Mystery Series have received national and international attention.

Hawk MacKinney will be awarding a $20 Amazon or B/N GC to a randomly drawn winner via rafflecopter during the tour.

Welcome to Beyond Romance. It sounds as though you've done a huge amount of world building for this series.

I hope that your tour goes really well!

Beyond Romance/Lisabet SARAI - Thank you for hosting The Cairns of Sainctuarie series – it is much appreciated.

Lisabet SARAI – Thank U for the welcome. Your posit went right to the core of the edit(s)/writes/re-writes of the Cairns series. The writes/edits were fun…a writer doesn’t write unless one enjoys what others often view as mundane & boring. Building the series around & including the quantum worlds demanded referencing current data/discoveries/publications about the quantum theories/discoveries…a fun journey in itself.