I wrote a story about a girl who kissed a girl… and I liked it! @AliceAuthor #LGBTQ+ #Paranormal #Lesbian 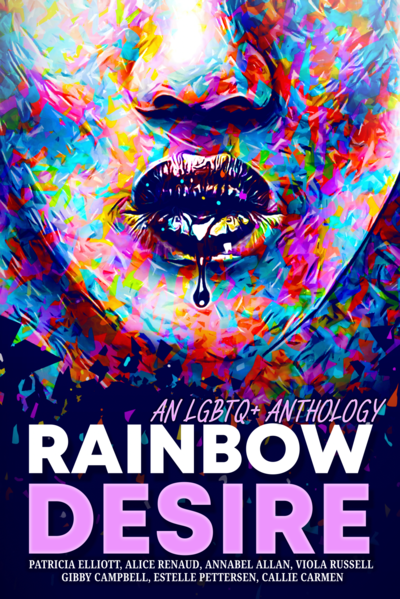 When my fellow authors at BVS (Black Velvet Seductions) first floated the idea of an anthology of LGBTQIA+ love stories, my first thought was, oh no. I won’t be able to contribute to this anthology, because I’ve never written a romance with a same sex couple.

But the more I thought about it, the more fired up I became. It was a challenge, for sure. But also an opportunity to stretch myself as a writer. The beauty of short stories (and one of the reasons why I love writing them,) is that you can experiment with different styles, themes and genres. If it doesn’t work out, you’re only binning 10K words… not 100K!

So, a gay romance. Hmm… where to start? For a while I’d had an idea bobbing in the background of my mind, about a mermaid in Las Vegas. Why the mermaid? I’ve been writing about shifter merfolk for four years. My Sea of Love series, which follows the lives and loves of two young mermen and one mermaid, won its category in the Paranormal Romance Guild Reviewer’s Choice Award 2020. I wasn’t done with the mermaids yet. Why Vegas? Because I’d heard about the hotels in Vegas, and the mermaid shows they put on, where women with fake tails swim around in a tank. I was tickled by the idea that one of these hotels could have a real mermaid in their show.

So here was my heroine, Bryony, a shifter mermaid from Wales. Now she needed a same sex partner. I have also been writing about witches for a while. My first short story for BVS was The Sweetest Magic of All, published in the paranormal romance anthology Mystic Desire. It features an apprentice witch and a sexy warlock who go back in time to find a magical amulet. So naturally I decided that my mermaid’s girlfriend would be a witch. A French witch, actually (I’m French).

Then I wrote the first love scene between those two. To my surprise, I didn’t find it as difficult as I’d feared. Love is love, and good sex is good sex, whatever the gender of the partners… or their species. It’s not about what goes where, it’s about the emotions of the characters, and how they interact with each other. And those are the same, whoever we are.

Next, I needed… not a villain, exactly, but an antagonist. Someone who would rock the girls’ idyll and force them to confront their fears and vulnerabilities. Enter Ariel, the most powerful and hottest warlock in Britain. Ariel was a secondary character in Mermaids Marry in Green, the third book in my Sea of Love series, and several readers told me that they really liked him and wanted to see more of him. I hear you, ladies, I hear you. Ariel is my favourite character. In fact I think I’m in love with him. So he too came into the tale… What happened next? You’ll have to read it to find out!

I called my story “Love Comes in Many Shapes.” It was actually a sentence in a lovely review of one of my books, and I thought it would be perfect as a title. I hope you enjoy reading it as much as I enjoyed writing it. I produced it over just a few weeks, in November 2020, in the depths of a gloomy British winter and our second lockdown. It was wonderful to escape to sunny Las Vegas with a hot warlock, mermaid and witch, and I hope you too have fun with them!

Rainbow Desire is a celebration of life and love in its kaleidoscope of exotic rainbow colours. The stories within the book also reflect its vibrant shades of romance from light to dark. I hope you will enjoy the wealth of narratives in this glorious LGBTQ+ anthology.

Blurb for “Love Comes in Many Shapes”

Bryony, a shifter mermaid, has run away with sexy witch Maia, and now they're living the dream in Las Vegas. But Maia is hiding a secret. When her ex, a super-hot warlock, turns up, Bryony can't fight her attraction to him. Will she choose him? Or Maia? Or both? 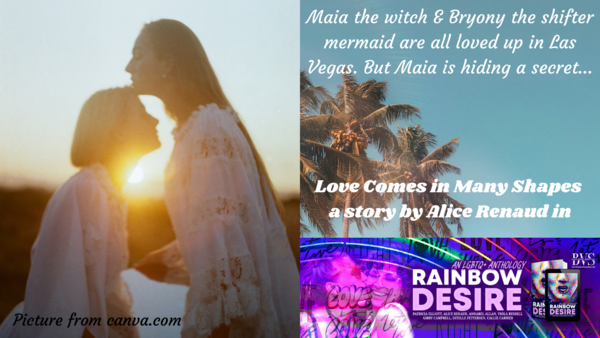 Bryony cleared her throat. “They’re very conservative on the Islands. Even my Clan, the Benetynns… they never understood that I was attracted to women. When Maia came and we fell in love… things were hard.”

Ariel’s dark gaze was full of sympathy. “I get it. I’m not angry with Maia anymore. But she took something from me when she left London. Something of value. And I want it back.”

A dull weight settled in Bryony’s stomach, almost squashing the excitement. “Maia stole from you?” So that was what she’d been hiding. No wonder she’d been afraid of Ariel coming after her.

Ariel sighed. “I’d entrusted her with a powerful amulet and asked her to test its powers. She chose to take it to a remote part of Wales… the Morvann Islands.” His lips curled in a half-smile. “Who could have predicted she’d fall in love with a gorgeous mermaid?”

He leaned towards Bryony and brushed a strand of hair from her face. The tiny contact was enough to reawaken the embers between her thighs. His eyes held hers, drawing her in, as if she were a planet suddenly caught in the orbit of a powerful sun. “The amulet gave her the opportunity to take you away, to a place where you could live and love in peace.” He inclined his head towards her. “And now I know you, Bryony, I don’t blame her.” His breath caressed her face, as fresh as a breeze over a summer meadow. “I would have done the same.”

All she could see was his mouth. All she could feel was how much she wanted it. As if in a dream, she brought her head nearer to his… and nearer… until her lips brushed his. Only a fleeting touch, but it reverberated in her entire body, filling her with trembling sparks of arousal.

His hand caught the back of her head, pulling her closer. His mouth captured hers, and his tongue parted her lips. A deep shiver shook her, and she surrendered to the kiss, opening her mouth wide so he could explore her better. He tasted delicious, like her first stolen sip of whisky when she was a teenager... like the first bite into a forbidden fruit.

“What the hell do you two think you’re doing?”

Maia’s scream tore through the air, yanking Bryony out of her sensual daze. A tidal wave of shame slammed into her. She broke off the kiss and jumped to her feet to face her furious lover. “Maia…”

“Don’t you “Maia” me, you little tramp!” Her girlfriend planted her hands on her hips. Her face had turned beetroot red. “How could you do this to me… and with him!” 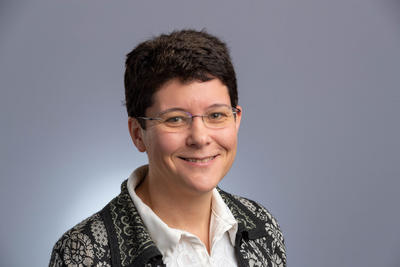 Alice lives in London, UK, with her husband and son. By day she's a compliance manager for a pharmaceutical company. By night she writes fantasy romance about shape shifting mermen, water monsters and time-travelling witches. Her first book, “A Merman’s Choice,” was published in January 2019 by Black Velvet Seductions. It is the first book in the Sea of Love fantasy romance series, inspired by the landscapes and legends of Brittany and Wales. The second and third books, “Music for a Merman,” and “Mermaids Marry in Green,” are out now. Both the Sea of Love series and Mermaids Marry in Green won their categories in the Paranormal Romance Guild Reviewer’s Choice Award 2020. Alice has also contributed short stories for the BVS anthologies “Mystic Desire,” “Desire Me Again,” “Cowboy Desire,” and “Rainbow Desire,” all out now. Alice loves reading and writing stories, and sharing them with anyone who’s interested!

Welcome back to Beyond Romance! Sounds like a great story. I hope the anthology does really well.

Thank you so much Lisabet!

I loved two quotes in this interviews, "Love is love," and "Good sex is good sex." So very true. I read this short story and thought it was fantastic!

Wonderful blog.
This is another great story from Alice Renaud just like her Sea of Love series.
Callie

Fantastic insight into Love Comes in Many Shapes. I've got my copy of Rainbow Desire.