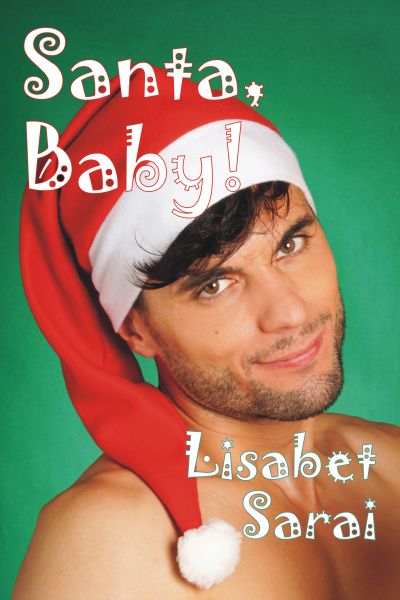 Just in time for Christmas – barely! – I have another holiday story to entertain you. Santa, Baby! is light-hearted, no-holds-barred, no-strings-attached erotica, in the style of my Vegas Babes series (though this is a stand-alone title, set in Manhattan).

Recent university grad Matt Glaser may not have the Santa Claus beard or belly, but when it comes to earning extra holiday cash, it's a case of 'ho ho ho, let's start the show'—he loves his red suit like a reindeer loves carrots. This potential client, though—classy, curvy Eleanor Danforth—seems more interested in checking out his butt than his references. And two grand for a private party? Oy vey, Prancer, something's not kosher about this particular Vixen. She's not one to be denied, though. When the interview takes a carnal turn, he finds he’s unexpectedly eager to satisfy the demanding older woman.

Wearing the provocative costume supplied by his employer, Matt arrives at the Danforths’ swanky apartment to discover he’s been cast as the emcee for Eleanor’s intimate gathering. His duties include managing a pair of scantily-clad blond elves, distributing decadent treats to guests who’ve been good, and meting out punishments to the naughty. Meanwhile, the mistress of the house has a Christmas gift especially for him—one made of silicon and leather straps, which requires plenty of lube. Ho ho ho, Matt! It's going to be a very merry Christmas indeed.

“I believe it’s time for our Santa to do his duty,” said Eleanor. “Take your seat, Matt.” She pointed at an armchair to the right of the tree. It was draped in red and green and garlanded with tinsel. A large canvas bag sat on the floor beside the chair, half open. Brightly wrapped boxes were visible inside.

Wondering what would come next, I settled myself in the sturdy, comfortable chair.

“Anyone who wants a gift must submit to Santa’s inquiry,” she continued. “If Santa determines that you’ve behaved well, you will be rewarded with one of these presents. If he decides that you’ve been bad, however, you’ll be punished.”

An awkward silence fell over the group.

“How do you define ‘bad’?” asked the younger of Mr. Danforth’s friends.

“Arnie, you’re my lawyer—we know you’ve been bad!” Danforth drained his eggnog, then refilled his glass.

“Perhaps I should use the word ‘naughty’ rather than ‘bad’.” Eleanor looked around the room. “I think we understand what I mean.”

“And who administers the punishment?” asked the stocky gentleman on Danforth’s other side.

“I shall punish the men. We’ll let Santa take care of the ladies.”

“So, shall we begin? Who will be first?”

Another silence. I wondered whether Eleanor’s guests were as enthusiastic as she was about her games.

Eleanor gave a little frown. “But you’re an elf. I expect you to help with the rewards and punishments.”

The curvy blonde raised her pointed little chin. “Elves can be naughty, too,” she said.

“Very well—as a way to break the ice, you may go first. Climb up on Santa’s lap.”

With undisguised eagerness, Betsy clambered onto my knees. Her pussy dampened my bare thighs. As she settled herself, she rubbed her bum back and forth across my aching hard-on. I gritted my teeth, knowing that Eleanor wouldn’t be pleased if the little hussy made me come.

When the elf was finally quiet, I turned her head so I could gaze into her sparkling blue eyes. “So, little girl,” I said, making my voice deeper without thinking about it. “Have you been good this year?”

The script came easily, the lines I’d used in year after year of Christmas gigs. I fell into the part, a sense of my own benevolence spreading through me.

“Yes, Santa. I’ve been very good.” She grinned and squirmed against my rigid cock, fully aware of the effects this produced.

“Hmm.” I stroked my beard theatrically. “I’m not sure I believe you, little girl. Are you sure you haven’t been naughty?”

“Or letting someone else touch you? Have you let those nasty boys see your panties?”

“But panties aren’t comfortable… and if I wear them, my girlfriend—oh! I didn’t mean that…”

“Your girlfriend! Does she touch you?” I adopted a stern tone. Images of the two women having sex in the kitchen ran through my mind.

Betsy looked slightly panicked. “Only sometimes… only a little…and it feels so good…”

“Naughty!” I thundered. “Definitely naughty. No present for you.”

The eyes of Eleanor’s guests were all glued to the tableau in Santa’s chair. Henry, Jane, Delilah, the other guys, all seemed to be holding their breath.

“You deserve to be punished. A good hard spanking is what you need.” I couldn’t believe what I was saying. I’d never spanked anyone in his life, had never thought about it. Now, though, my dick surged at the idea of raining blows on this minx’s bare ass.

Get your copy today so you can enjoy it as part of the holiday festivities!
Posted by Lisabet Sarai at 3:00 AM