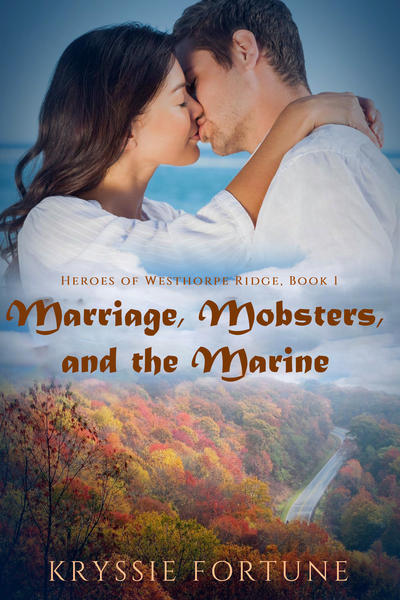 This exciting Christmas romance in on sale for 99c between 2nd and 5th of November only.

Or read for free in Kindle Unlimited

Christmas sucks. No family. No tree. No decorations.

Desperate, she advertises for a husband.

Jared Armstrong, a former, Marine, cold-blooded sniper, and occasional Dom, needs $125,000. Without it, Mobsters will murder his family. His solution – marry Abigail for her money.

Jared plans to hunt down the mobsters then reimburse Abigail. Together they face extortion, a kidnapping, and an attempted murder. Along the way, Jared steals Abigail’s heart, but she’d promised him a divorce after two years.

Will Jared walk away? Or can he work some Christmas magic and make their relationship real?

She rose on her knees then and cupped her breasts, offering them to him before she sank back onto his cock.

Another circle of her hips had him groaning. “Kitty Gail, you turn me inside out and upside down. Now slide off my lap and sit between my legs.”

For a moment, she’d forgotten everything but pleasing him. She loved it when she lost herself in a world of submission. Obediently, she slid onto the floor and sat, legs extended forward, her back against the base of the chair.

His voice sounded harsh. “Pull your ankles in until they touch your thighs.”

The position left her legs open and her pussy exposed. Her breathing turned ragged as she obeyed. “Yes, Master.”

He looped the blindfold around her blue cat mask. Abigail’s world went dark. She felt lost and helpless as she surrendered herself to his care. Each month she returned to the club to feed her subspace addiction, but tonight with Master Jay, she drifted deeper than ever before. This Master gave her exactly what she needed.

He dropped his hands to her shoulders, “Hold that pose. Don’t move.”

Behind her, she heard his trousers rustle and decided he’d risen to his feet. Her pulse raced as she waited to see what he’d do next. Spank her, she hoped.

He ran one finger along the top of her basque as he moved in front of her. She moaned in anticipation, so he pinched her nipples through the lace. The unexpected pain only heightened her excitement.

He pushed her knees wider, spreading them toward the floor. Blindfolded and vulnerable, she sat with legs splayed open, her silk-covered pussy on display for him. When he threaded fabric—a ribbon, maybe—around her thigh, she frowned behind her mask, trying to work out his plans.

Pushing her ankle closer to her inner thigh, he used the end of the ribbon to bind it in place. He did the same with her other leg and ankle, frog-tying her legs wide open. Next, he reached in behind her and bound her, wrists to elbows. Since she sat on the floor, legs open, she felt frustrated and…disappointed. No way could he spank her like this.

A moment later, she heard him move behind her. He scooped her into his arms and laid her facedown on the bed. Her forehead dug into the sheets while her butt hung in the air. She couldn’t see, couldn’t move, but lost in a world of darkness, she relaxed and let her fantasies play out.

She writhed as he reached between her legs and stroked the silk fabric covering her clit, her body blazing with pleasure. Finally, he unbuttoned the crotch of her lace teddy and slid one finger inside her. She tensed around it, her pussy already damp with need. When he pumped his fingers in and out of her vagina, she lifted her hips, pushing them forward in an attempt to ride his hand. Need boiled inside her, heating her from the inside out. His fingers sank deeper, stroking her G-spot. She moaned, needing to thrash her head and grind her hips against him. Her bonds held her still, but a moment later her cum flooded over his fingers.

Her heart rate dropped back to normal, but she burned to feel his hand on her bare bottom. Damn, is he going to make me beg? Since she wouldn’t be visiting the club again, she would. Memories of tonight would have to sustain her for a minimum of two years.

Kryssie likes her contemporary heroes ex-military and dominant. Her heroines are kick ass females who can hold their own against whatever life - or Kryssie - throws at them.

Kryssie's pet hates are unhappy endings, and a series that end on a cliff hanger.

Her books are all stand alone even when part of series. Plot always comes before sex, but when her heroines and heroes get together, the sex is explosive and explicit. One review called it downright sensual.

Kryssie loves to hear from her readers.

Welcome back to my blog. Hope you sell lots of books during your special.