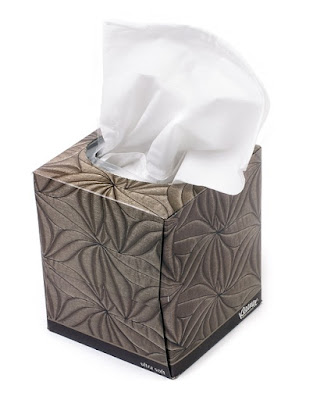 I have been writng today, though, working on the next book in the Vegas Babes series. Sin City Sweethearts is already up to 38K and I foresee at least four more chapters, so it will likely be longer than either Hot Brides in Vegas or More Brides in Vegas.

My goal is to get the book out for Christmas.

Now I just have to recover from this cold.

“God, I hate moving.” Annie paused halfway up the external staircase and propped the heavy box on her knee so she could mop the sweat from her face. “Especially in the middle of August.”

“What are you complaining about? I’m the one who’s moving!” Ted grinned up at his new wife, particularly delectable today in tiny jean shorts and a tee shirt cut off just below her breasts. From the ground below, he had a fantastic view of her butt cheeks swelling out from the tight denim.

Perspiration glued her top to her skin, revealing her perky nipples to anyone who cared to look. AndTed never got tired of looking at his lovely Annie. His cock hardened inside his own shorts as he hefted a crate of books onto his shoulder and followed her up to the deck outside the loft apartment.
Maybe he could convince her to take a bit of a break. They’d been working for more than an hour, emptying his car and hauling his worldly possessions up the stairs. They deserved a reward.

The interior was blessedly cool by comparison to the outside. Annie surveyed the boxes stacked in the middle of the living room floor, her hands on her ample hips and her forehead creased in a frown.

She shook her head. “Where in the world are we going to put all this stuff?”

“Don’t worry. We’ll manage.” Ted added his box to the disorderly pile. “Just be glad I don’t have any furniture!” He slipped his arms around her waist, pulled her ripe body to his, and buried his face in her hair. “Mmm,” he murmured. “You smell amazing, baby.”

“Yuck. I feel like I need an hour-long shower. I’m soaked.”

“Just the way I like you, Annie-belle.” He rubbed his aching dick against her bare midriff, then squirmed his hand into her waistband to stroke her damp skin. The tight shorts made it difficult to maneuver, but he managed to worm his way down to the top edge of her bush.

She gasped when he brushed a finger tip over the springy curls. He took advantage of her open mouth to thrust his tongue inside. Far from resisting, Annie sealed her eager mouth to his, sucking hungrily as if his tongue were his cock.

The notion made him harder still. He had to get these damn shorts off her before he exploded. “Turn around, baby,” he urged, releasing her long enough for her to comply.

Posted by Lisabet Sarai at 8:25 AM