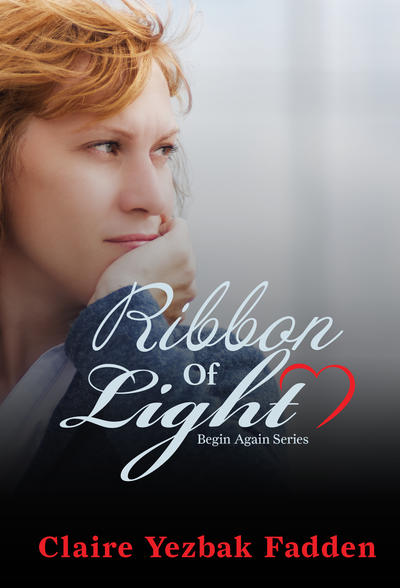 Julie Rafferty’s life-long dream is within her grasp. But just as the toy company she founded verges on becoming a multi-million-dollar enterprise, her husband abandons their marriage.

Trevor had no choice but to walk away from Julie. How else could he show his wife that the business was her priority, not him and their three children? His drastic stunt backfires though, jeopardizing the family business and seemingly pushes Julie into the arms of a younger man.

Just when Julie and Trevor find their way back to each other, a ruthless competitor escalates a bogus lawsuit. Together they plot to reclaim control of the toy company, only to uncover a shattering betrayal that puts them in unimaginable danger.

Can they overcome their dreadful mistake and reclaim the passion, trust and commitment that once drew them together? Or will the greed of an evil man irreparably destroy everything they hold dear?

Julie gazed around the gymnasium, hoping for a sign of Trevor. During the timeouts, she spied Jason’s blue eyes scanning the stands, searching for his father, too. His broad shoulders and solid frame reminded her of a young Trevor. Her firstborn, a full head taller than most of his teammates, knocked hard on the door to manhood, seemingly overnight.

Trevor was staying away on purpose, she realized, her eyes misting over. His way of getting even because she was leaving on a business trip.

“Hey.” A familiar hand touched Julie’s shoulder, causing an electrifying charge to pulse through her body.

“I was wondering if you were going to show up,” she said with more bitterness than she meant.

She was relieved to see Trevor. She wanted to be near him, touch his face, hold hands like they used to. Instead, she made a snarky comment, driving another wedge between them. Seemed like inflicting hurt and pain became the goal of every conversation they shared recently. Somehow their loving, supportive relationship had turned spiteful and vindictive.

Julie couldn’t put her finger on when things changed, but she knew why. Trevor never understood her need to stand on her own two feet and take pride in something she created. He would never understand how her company gave her a sense of security he never could.

She moved her jacket to make room for him. Instead, he squeezed in between the girls. “Don’t start with me. I work too, you know. I got here as soon as I could.”

“Jason went on a scoring run. He has twelve points, eight from free throws.” Julie allowed her pride to slip out.

“Guess all that time you spent in the driveway teaching him how to draw a foul paid off.”

“Someone has got to be home with our kids,” Trevor said, his words dripping with judgment.

“I can just lick them clean,” Emily said.

She watched the girls head toward the bathrooms.

“They’re right, you know. All we do anymore is argue.”

“Not true. You’re not at home long enough. I can’t believe you have another week-long business trip.”

“I have a commitment to the company and the people who work there,” Julie said in hushed tones. “If you can’t or won’t accept that, then there is nothing I can do to make things better between us.”

There's a special spot in Claire's heart for carousel horses – quite possibly the result of watching “Mary Poppins” 13 times as a young girl. She loves butterflies, ladybugs and confetti! Just ask anyone who's received a birthday card from her.

The mother of three lives in Orange County, California with her husband, Nick and three spoiled dogs.

Claire’s work as an award-winning journalist, humor columnist and editor has appeared in more than 100 publications across the United States, Canada and Australia. Ribbon of Light is the third novel in her Begin Again series.

Email her at claire [at] clairefadden [dot] com,

Claire Yezbak Fadden will be awarding a $15 Amazon or Barnes and Noble GC to a randomly drawn winner via rafflecopter during the tour.

Welcome to Beyond Romance, Claire.

Welcome to the world of working mom's Thanks for writing and as a reader the enjoyment I get from a new author for me to explore.