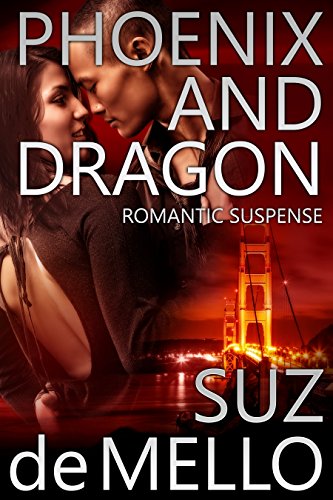 San Francisco Police detective Eliza Bowen is a tough gal. Raised by her black mom after being abandoned by her white father, she belonged to a street gang before she went straight. First in the Vice Squad, now in the Major Crimes Unit, she’s known as a hard-working, even driven, officer who doesn’t quit until she sees the perps get what they deserve.

Her current case has her stumped, though. A young paralegal has disappeared without a trace. There’s no sign of a struggle, no clues at all, until Liza unearths a secret diary kept by the victim, Sindie Keller. The sexually explicit journal reveals that on the night she vanished, Sindie’s boss, with whom she was having a kinky affair, sent her to a particular bar dressed in red leather, carrying a copy of The Story of O. Liza decides to mimic the vic’s actions, figuring whoever picked up the victim might try the same trick with her.

Sure enough, a man appears, binds her, and whisks her away in a fancy sports-car. Liza is disturbed to find that her captor is James Li, notorious owner of several brothels around the city. When she was in Vice, she’d tried to bring him down, but had never been able to make any charges stick. His infuriating ability to get away with his crimes is only part of what disturbs her, though. Li is charming, intelligent and breathtakingly good looking. Liza knows he should be off-limits for a cop like her, but it’s difficult to resist temptation. When he takes charge, demanding her total obedience for a weekend in return for the full truth about Sindie, it’s not just professional interest that makes her consent.

James “makes” Liza into his slave. He shares her with other men. He dresses her in shamefully revealing clothing and parades her around his fancy whorehouses. He teases her mercilessly and punishes her when she fails to follow his orders. Most of all, he uses her sexually, in every way imaginable. Liza finds the experience of submission simultaneously thrilling and horrifying, give how it challenges her self-image as a tough and independent woman. Still, there’s something about James that satisfies her, in ways no previous lover has ever been able to do.

Phoenix and Dragon is subtitled “Romantic Suspense”, but there’s a lot more romance than suspense in this novel. The setup with the missing paralegal provides a mechanism to get Liza and James together. From that point on, the book focuses entirely on their interaction, their sexual games, and their growing relationship. The end of the book ties up the loose threads regarding the Sindie Keller case, but this feels like an after-thought.

My other (relatively minor) complaint about this book was that it was all too easy. There aren’t any obstacles to Liza and James falling in love. Indeed, it feels inevitable. Hence, there’s no real conflict to be resolved.

It’s still satisfying to see Liza lowering her guard and letting James into her heart. That is, after all, what romance is about.

If you’re looking for an appealing heroine and a seductive hero, who share amazing sexual chemistry, you can’t go wrong with Phoenix and Dragon. Just don’t expect a taut thriller – or push-your-limits, make-you-squirm kink.