Caris is giving away a Red Wire-Wrapped PNR Bracelet (International Winner Receives Gift Card) and a $25 Amazon Gift Card to randomly drawn winners via rafflecopter during the tour. Please use the RaffleCopter below to enter. Remember you may increase your chances of winning by visiting the other tour stops. You may find those locations here.

Just leave a comment for a chance to win!

Caris Roane here and I'm so glad you're touring with me. As a bonus, I’m giving away a Reader Care Package to one lucky winner just for leaving a comment on any or all of the blogs on my tour. What’s in the Reader Care Package: Truffles, Ghiradelli Chocolate, print copy of GATES OF RAPTURE, scented lotion and soap, a journal and other goodies! Be sure to visit as many blogs on my tour as you can. The more blogs you comment on, the greater your chances of winning. The Reader Care Package is US only, but an international winner will receive a gift card. How I choose the winner: I will choose the winning blog then choose the winning comment sometime after midnight, October 5th, Arizona time. I will use Random dot org to make the selection. Good luck! 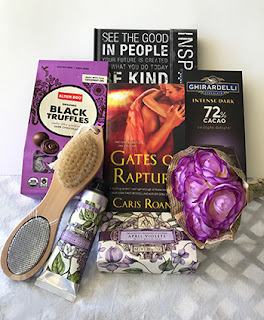 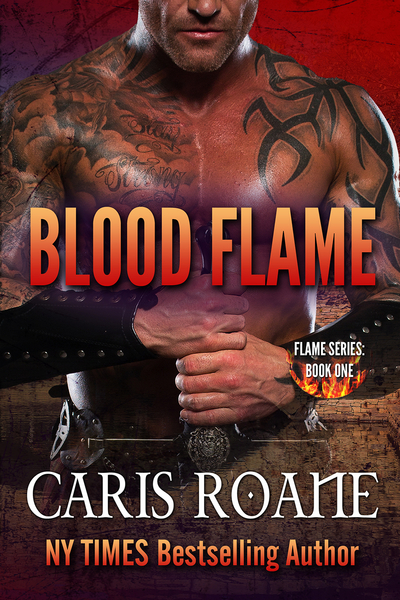 Vampire Officer Connor of the Crescent Border Patrol tries to suppress his desire for the powerful witch, Iris Meldeere. Because the woman possesses the ability to kill him with the tips of her fingers, how can he possibly fall in love with her? When a double homicide throws them together, he soon finds his deepest fantasies fulfilled as Iris succumbs to his seductions. But as they battle together to stay alive, and love begins to consume them both, will the witch be able to forgive the dark secrets of his past … 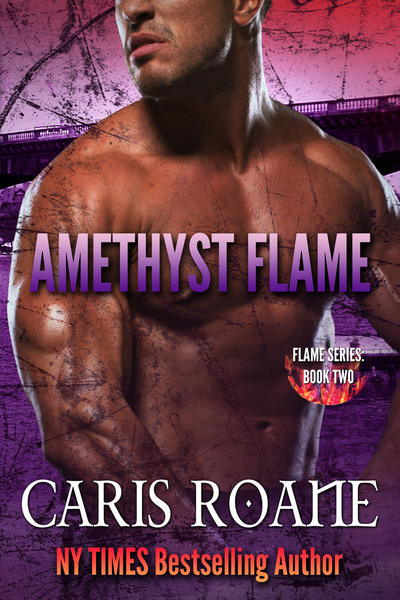 Hunky Nathan Vaughn, six-six, and one muscled vampire warrior, has had a lot of trouble in his life and needs a good woman to help even things out. Vaughn and Emma met once in the past, the night they rescued three teenage girls from a kidnapping ring. But a vampire and a witch can’t have a relationship in Five Bridges. So, they parted, determined never to see each other again. Emma was desolate, then the phone rang. Vaughn called and kept calling and she kept answering. But the rescue they shared turned out to piss off one very bad wizard who decided they both needed to die. Now they’re in it, fighting to stay alive and working oh-so-hard NOT to fall in love. Will they survive when so much is against them?

Books in the Flame Series:

From Chapter One – Caught in a dangerous situation, Vaughn tries to get Emma to leave, but she has a job to do. Together, they’ve found three dead teenage girls in the Graveyard of Five Bridges.
Over the beers he and Emma had shared the night of the rescue, she’d told him she was clean but that half the Elegance force wasn’t. He’d confessed a similar statistic for his own vampire territory of Crescent. That’s when things had shifted and he’d started seeing her as a woman he admired as opposed to a witch who could kill him with the energy she could release through the tips of her fingers.

Another burst of laughter came on the heels of the arrival of yet another Border Patrol vehicle. His survival instincts kicked in. “We should leave, Em. Right now. I can fly us straight out of here. Someone else can pick up your bike and my SUV later.”

He held out his arm to her and gestured to his foot. He’d flown her before, so she knew the drill. All she had to do was hop on and he’d have them out of danger within seconds.

She glanced at his boot but shook her head. “I can’t go. Not yet.”

“Why? We both know this is a set-up, and isn’t it bad enough Loghry got these girls? So, how about we get the hell out of here?”

“Vaughn, you know what this is like for me. It’s the way my alter power manifests. I have to tend to the girls. Their spirits are calling to me.” She started down the side of the ditch.

“The girls need me and it’s the least I can do after what they’ve been through.”

Vaughn didn’t try to argue with her and instead began his own descent. He might not want her to stay, but like hell he was leaving her alone in No Man’s Land.

Emma Delacey, Tribunal Public Safety officer, understood Vaughn’s concern. She felt it as well, that she was heading into a trap.

She’d been the first to arrive at the triple homicide in the Graveyard, a part of Five Bridges she’d only been to a handful of times.

Her corrupt boss, Tribunal Chief Donaldson, had ordered her to head out here or resign. She wasn’t a quitter, though the sweat on his forehead had told her she was in trouble the minute he’d come into her office. The three major cartels of Five Bridges owned one of Donaldson’s testicles. The dark spellcasters of Elegance territory held the other in a crushing grip. She wasn’t even sure she blamed Donaldson anymore. If you were high up in the administration and didn’t play ball, you got killed…

I hope you found yourself caught up in this excerpt from Chapter One of AMETHYST FLAME.

To Read More and For Buy Links… 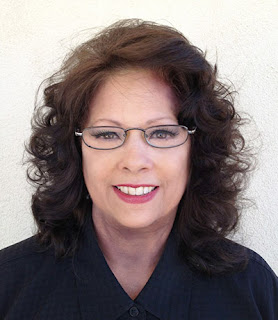 Caris Roane is the NY Times Bestselling author of Paranormal Romance. She began her career with Kensington Publishing and for eighteen years wrote Regency Romance as Valerie King. In 2005, Romantic Times Magazine honored her with a career achievement award for her Regency Romance work. To-date, she has published eighty-nine books. Thirty-nine of those are paranormal romances. Most of her paranormal stories are self-published while several in the early days were penned for St. Martin's Press.

Though her stories conjure up hunky PNR warriors, like vampires and wolf-shifters, the romance is everything, including a satisfying Happily Ever After. Her hope is that the reader will come away engrossed in the lives of her tortured heroes and her worthy women as they wage war, as they make love, and as they face the tough issues of life and relationships!

Caris lives in the Phoenix area, in a growing town called Buckeye. When not writing, she’s a real homebody. She loves gardening, sewing, and cooking. She also enjoys creating jewelry and offers her handcrafted, PNR bracelet giveaways to her newsletter and blog subscribers. Her motto? Live the fang!

If you want to know more about Caris, or want to get in touch, you can find her at the following places:

I'd love to enter ❤️