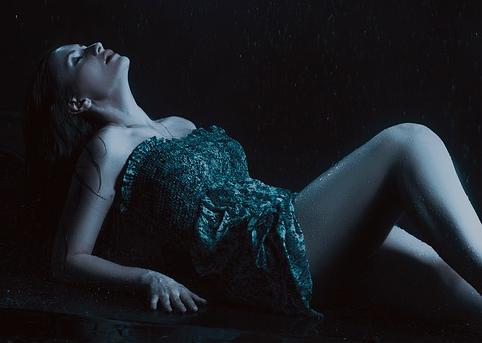 I'm a polymorphously-perverse humanist who believes that almost anything can be arousing, under the right circumstances. So in general, I don't have too much difficulty writing sex from the perspective of the “other”. I've written lesbian stories (but that's easy because I'm attracted to women myself) and gay male stories (more surprising since I have little or no experience with M/M sex, even with gay porn). A significant fraction of my stories are told from a man's point of view. I find I can inhabit the mind and body of my male characters and female characters with nearly equal facility.

Although I've created a number of secondary characters who were male-to-female transsexuals, thus far I haven't written any tales where the POV protagonist is transgendered. However, I've had one simmering on the back burner for a while, a story that looks at the world through the eyes of a pre-op transsexual Thai go-go dancer. Over the years, I've met a few. I can imagine the thrill my heroine would feel seeing her new, feminine body – not to mention the kick of being admired by the men in the audience. At the same time, there'd be fear and shame, worries about being rejected, a sense of inadequacy compared to the biological women she worked with. I'd really like to explore those emotions and see how they play out when I manage to get her into a hotel room alone with the guy who buys her out of the bar. Actually, this fledgling story is almost a rewrite of my tale “Butterfly”, with the point of view flipped. I wonder, though, whether it might end more happily.

There's one sort of “other”, though, where I doubt I'd be successful. I don't think I could convincingly write a creature of pure sensation – a woman (or man) for whom physical stimulation is the primary focus of sexual experience. All my characters share one trait with one another – and with me. For all of them, arousal begins in the mind and flows out to the body.

I gather that many women experience sex in a similar manner. (That's probably one reason why I'm doing pretty well writing erotic romance.) I'm sure that at least some guys do, also. However, not everyone is wired that way. We've had discussions on the ERWA Writers list which made it clear that some women achieve orgasm from specific kinds of stimulation, without regard to context. Some people fuck for the pure physical pleasure of the act. They don't care about taboos, or power exchange, or whether their companion has a great sense of humor. A good hard cock, a hot wet cunt, is all they need to have fulfilling sex.

It's tough for me to wrap my mind around that concept. I mean, I can understand it intellectually, but it's so distant from my own sexuality, I'm not sure I could write about it. Furthermore, I have to admit the notion of reading stories about such people doesn't interest me much, either. I realize that sounds judgmental. It's not meant to be. Sometimes, in fact, I regret that I'm not more present in my body during sex. I suspect I'm missing a lot.